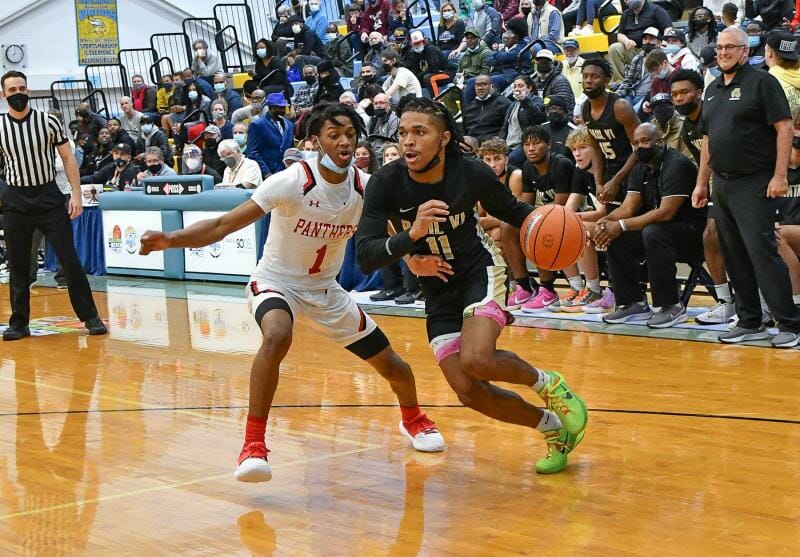 Four-star point guard commit Dug McDaniel has gotten off to an excellent start during his senior year at Paul VI with several impressive performances on a national stage.

I’m not sure anyone has evaluated McDaniel more closely in the public space than Tyler McKittrick of Point Guard Eyes. McKittrick published in-depth breakdowns of McDaniel’s previous seasons and has been tracking McDaniel throughout his senior year.

I figured there was no better resource to catch up with to get the latest on McDaniel’s development, fit at the next level and growth on the floor. Here’s our full question and answer:

DB: How has Dug’s senior year gone overall? What were the expectations for Paul VI entering the year and how have they performed?

TM: McDaniels’s senior year has been largely successful thus far. He’s led his team to a 12-3 start against a daunting national schedule, defying the expectations of many who believed this would be a year geared towards building for the future since they only have two seniors on the roster.

To give you an idea of how young they are, their rotation consists of starting one freshman, two sophomores, and one junior alongside McDaniel. Then they come off the bench with a freshman, a sophomore, and a couple of juniors. Depending on the opposition’s personnel, they may start two juniors and come off the bench with two sophomores. Among other things, it’s a testament to coaching and McDaniel’s leadership that this team is 12-3.

His contributions to his team’s success have been invaluable. Below, you’ll see stats from the 7 games I’ve watched and tracked. They went 6-1 in these games, and avenged that one loss against Sierra Canyon just last week when they defeated them in the championship game at the Bass Pro Shops Tournament of Champions in St. Louis.