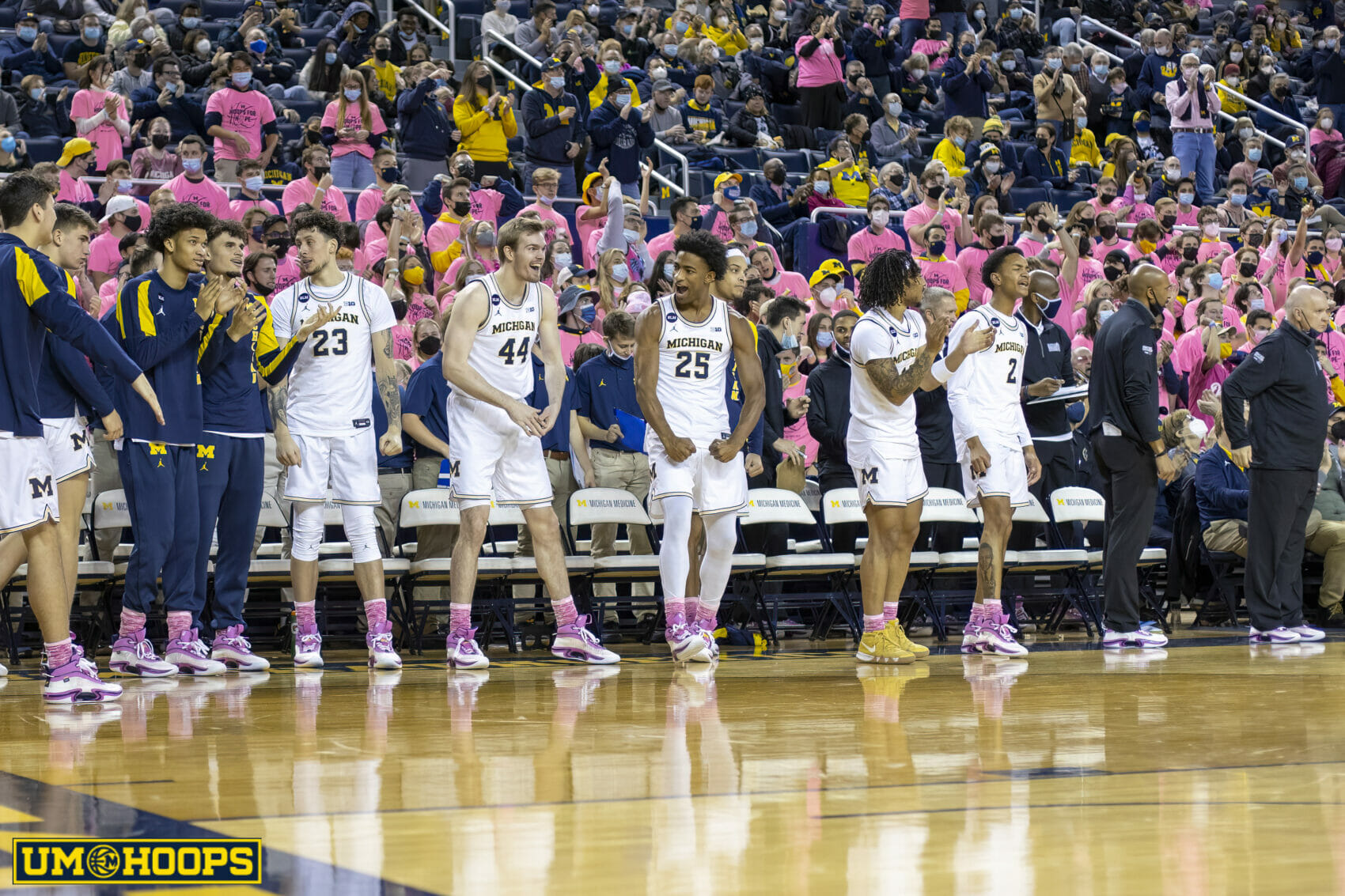 Late in Wednesday’s game, it looked as if Michigan was on the verge of relinquishing all of the momentum it had carried over from consecutive drubbings of Maryland and Indiana. But the Wolverines mounted a furious late comeback, edging unranked Northwestern to push their season-long winning streak to three. Here are five takeaways from the win:

Wednesday’s game can only be characterized as a slog, one which the referees certainly amplified with an apparently irresistible whistle. The two teams combined for 46 total fouls, hampering any sort of rhythm and consistency on the count.

In the end, it nearly cost Michigan. Hunter Dickinson fouled out with 2:29 to play, thrusting Terrance Williams into action. On the ensuing defensive possession, Moussa Diabate joined Dickinson on the bench with his fifth foul, forcing Juwan Howard to turn the keys to the ‘5’ over to Faulds, a seldom-played walk-on.

“Hunter and Moussa both got fouled out with a lot of game to be played, (it’s) next man up mentality,” Howard said. “Some will say, you know what, you’re going to lose that ball game without two of your best players in the frontcourt, two starters. But it shows the mindset in this group that we’re not going to quit.”