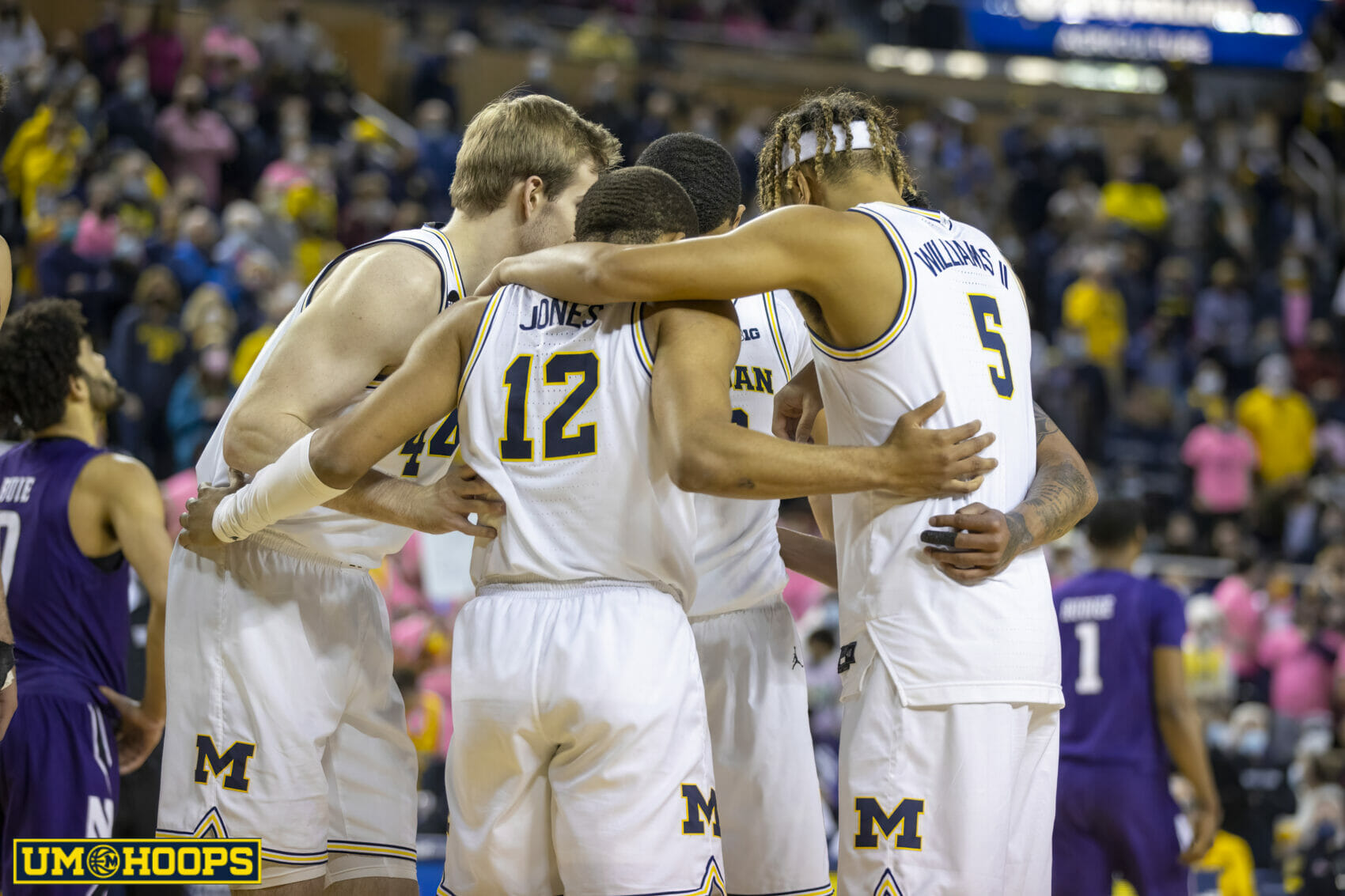 Michigan coach Juwan Howard raised and turned his hand ever so slightly during his postgame interview Wednesday night. He gave a single, small nod as he admitted a sentiment — one which crept in many viewers’ minds during Michigan’s second-half struggles.

“Let’s call it what it is,” Howard said. “Seton Hall. There was another close one we had that we dropped. That probably would have been a loss tonight. But I think we grew up from this.”

It was a tale that many had seen before.

Wednesday night, the same worries about Michigan’s inability to respond to a late challenge and clutch a close game began to appear.

The game began to spiral out of Michigan’s hands soon after Northwestern’s Ryan Greer hit a 3-point shot to beat the shot clock and take the lead with a little under eight minutes to play. A subsequent foul by Hunter Dickinson that put him on the bench with foul trouble deflated the team further.

Anything that could go wrong, went wrong during a maddening stretch where Michigan seemed to invent new ways to turn the ball over.