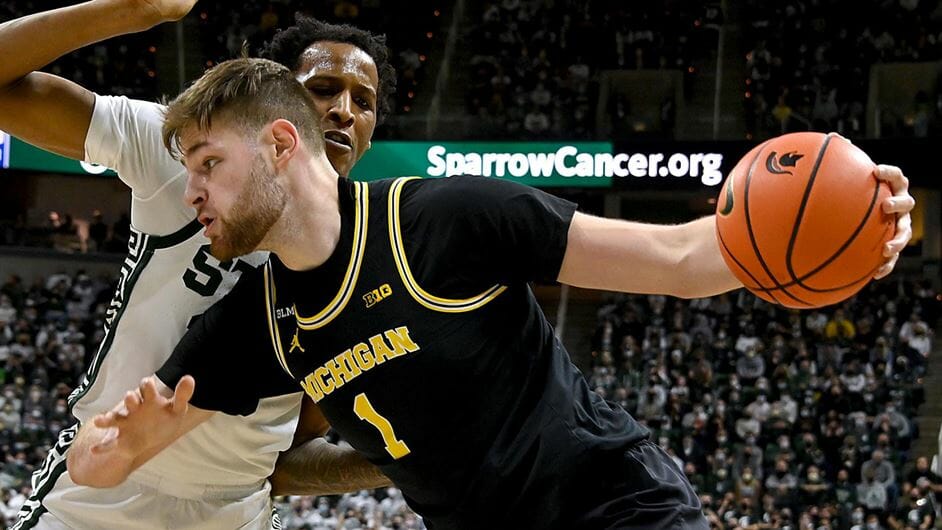 There are certain things you have to do to win a game at the Breslin Center. They aren’t much of a secret, and they don’t change, but it takes a certain level of discipline, attention to detail, and execution to pull them off.

Michigan knew these things before it arrived in East Lansing, but it didn’t come close to executing them.

The Wolverines got off to a hot start offensively and established Hunter Dickinson down low, but they missed a few bunnies, didn’t close out the half well, and then let the game slip away after an early second-half run by Michigan State. Juwan Howard’s team couldn’t stop the Spartans in transition and never figured out how to contain MSU’s point guards in ball screen actions.

All in all, the loss followed a similar script to Michigan’s other defeats this season. The Wolverines didn’t have a counter offensively when a team played Hunter Dickinson one-on-one, but more importantly, they couldn’t get enough stops to have a reasonable shot at winning on the road.

Don’t miss our special discount for Michigan State weekend only. Pick up a year subscription for just $20 — over 50% off — with code RIVALS