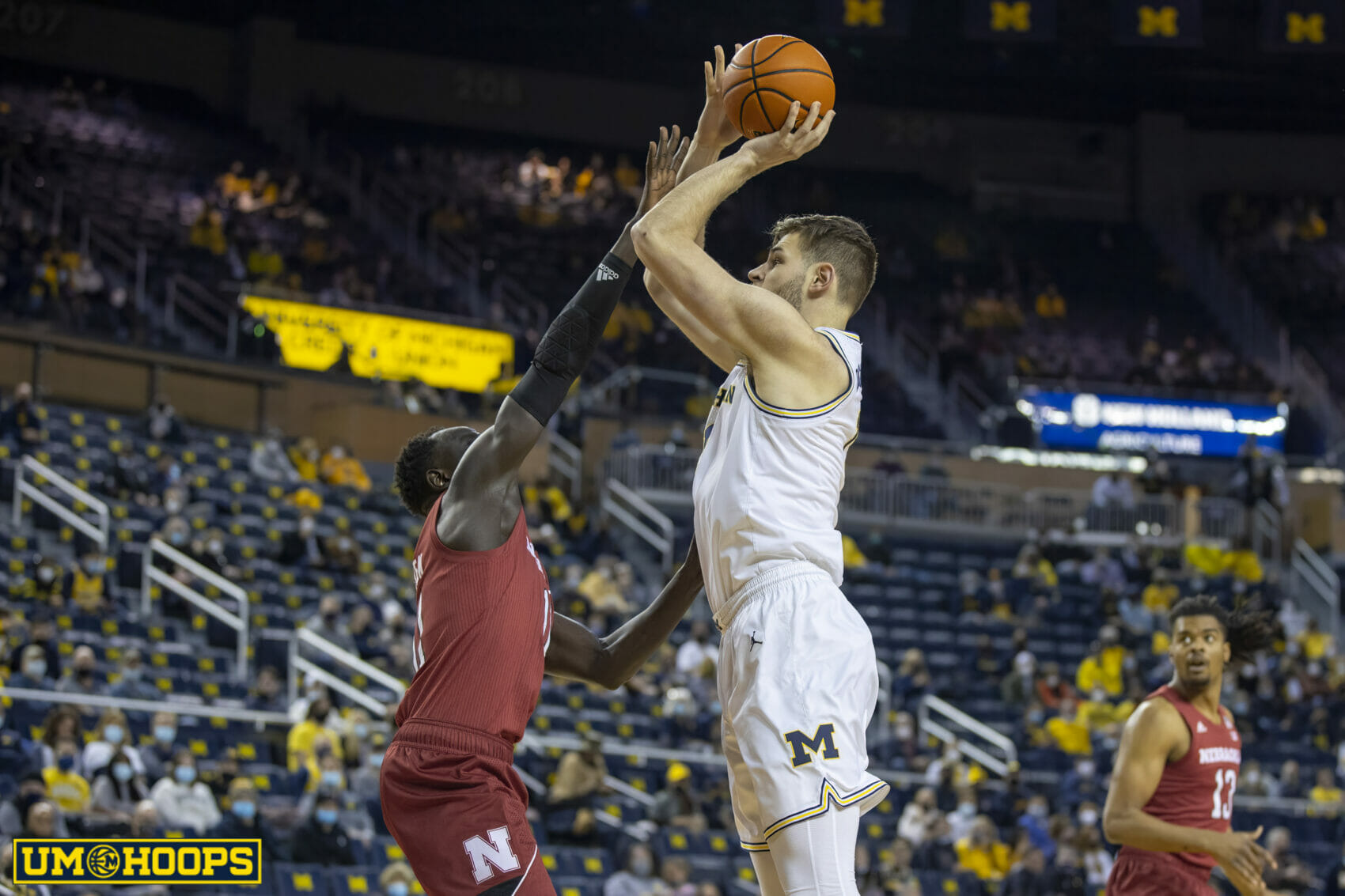 The Wolverines, at this juncture in the season, can ill-afford to lose many more games; now is the time to bolster a depleted resumé, not add a blemish.

A loss Tuesday night to Nebraska — occupying last place in the Big Ten thanks to a winless conference record — may very well have served as a death knell.

“We have a very small window for error,” Dickinson said after the game. “Losing to any Big Ten opponent would be a setback at this point. … I felt confident coming out of halftime that we were gonna make a comeback, confident in my teammates and confident in myself.”

When the dust settled from a back-and-forth six-point victory, Dickinson had rescued the Wolverines from disaster, allowing them to survive to see another day. In the final 20 minutes, he took over the game much like an All-American caliber center should against a perennial bottom-dweller; his second-half stat line — 20 points, 8 rebounds and 2 blocks — would suffice for a full game’s work.

But Michigan only needed a herculean effort from Dickinson because of his own transgressions. He picked up a pair of quick fouls, forcing Howard to turn to Brandon Johns Jr., saddling Dickinson to the bench for the final 15 minutes of the first half.