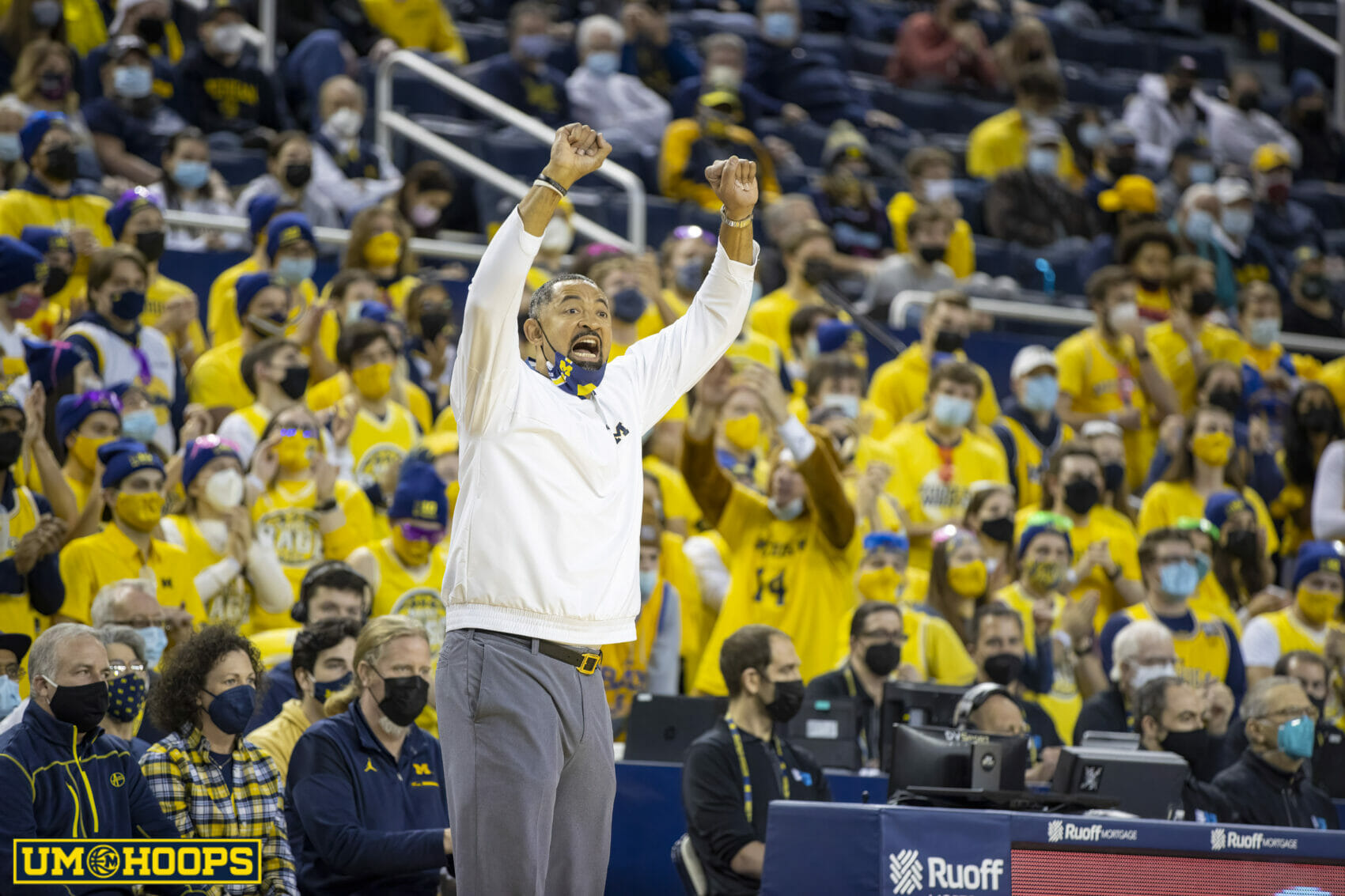 A loud voice could be heard reverberating around the Michigan locker room at halftime.

DeVante’ Jones had been around the team since the summer, but for the first time since he joined the Wolverines, he experienced Michigan coach Juwan Howard’s anger. All this time, he had never seen Howard this mad.

It wasn’t so much directed at him. It was anger at the team, at the situation.

Michigan was trailing at halftime against the worst team in the conference that had struggled to get its first conference win all season. But against Michigan in the first half, it wasn’t a struggle at all.

And that frustrated Howard.

He threw his clipboard to the ground. He had higher expectations for his team. The players had talent and experience, but they weren’t playing their game. And he wanted to make that clear.

So at halftime, he made it clear — to each player individually.

“He really got on like Moussa and everybody, saying ‘play our game.’” Jones said. “We were off a little bit. I guess we’re just so beat up from Michigan State, but we needed it.”