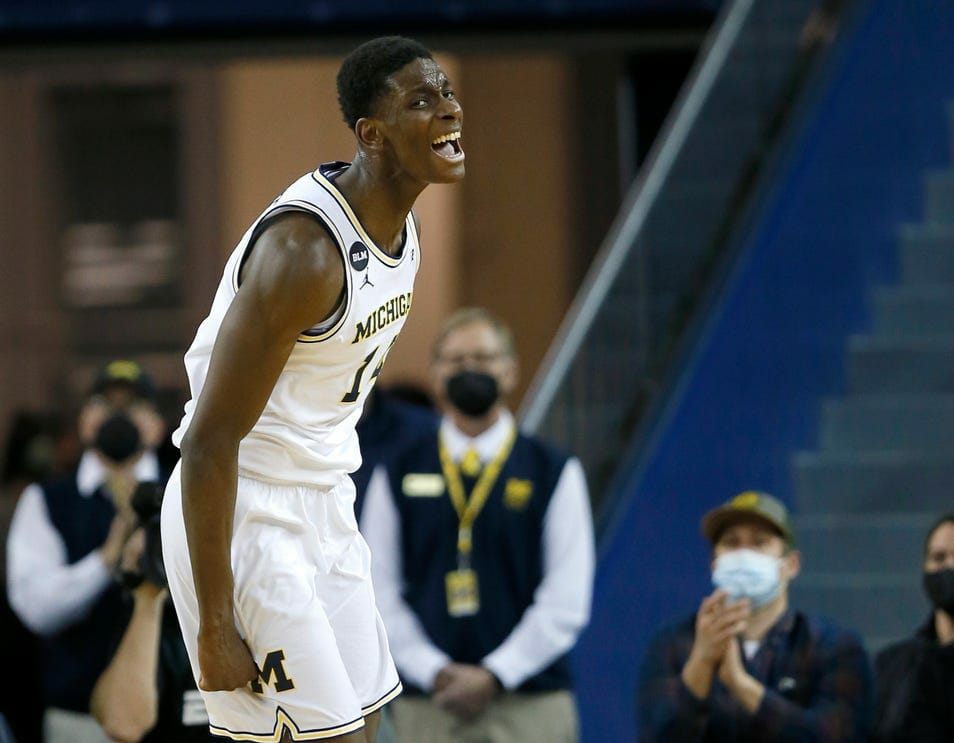 Michigan picked the right time to have a good night. On Thursday, the Wolverines played their best game of the season as they ran Purdue out of the Crisler Center in an 82-58 smackdown.

It was a cathartic moment at a time when it was necessary, but it was also something that had been coming. It hasn’t always been pretty, but Michigan has been figuring out how to win college basketball games. The Wolverines had no idea what it took to do that in November and December and were humbled with a wake-up call. They were 7-7 in mid-January and battling a COVID-19 outbreak, but they’ve been a different team since.

The Wolverines have quietly won six of their last eight games since Hunter Dickinson returned from COVID-19. Some of those wins have had style points — blowouts over Maryland, Indiana and now Purdue — and some of them were mud fights, but this Michigan team is a product of that journey. The Wolverines aren’t the team that they were early in the season, and each week they look a bit more like the team everyone thought they could be.

There’s still work to do — winning 11 conference games is likely a prerequisite to make the NCAA Tournament — but tonight’s win was a reminder of what this group has left in the tank. A reminder that Juwan Howard’s group is capable of stringing together a few more wins down the stretch and making something of a season that outsiders had given up on, but they never did.