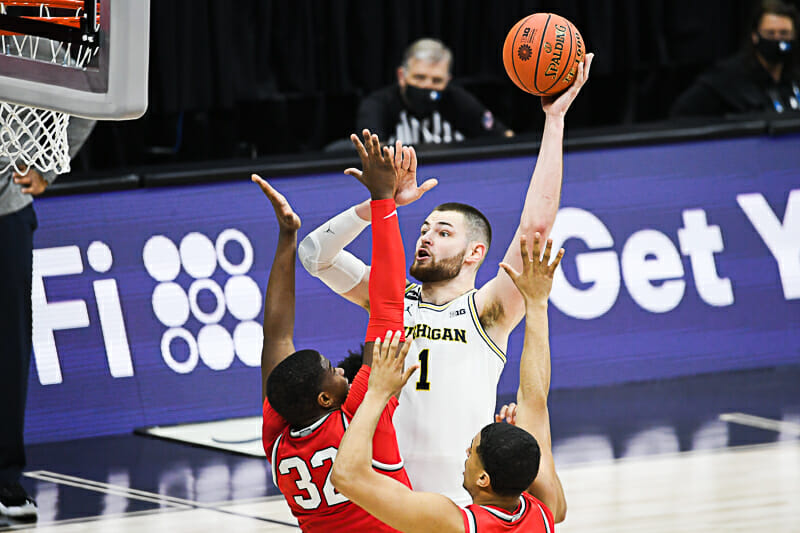 Michigan needed two wins this week, and now it has a chance to get three. The Wolverines host Ohio State on Saturday (6:00 p.m, ESPN) as they play their fourth game in eight days. The brutal scheduling stretch is either a perfect opportunity to solidify momentum or the most obvious letdown spot of the season.

The Buckeyes arrive in Ann Arbor having dropped two of their last three games, on the road at Rutgers and Purdue, but they are 7-4 in the league despite only playing four conference home games. Chris Holtmann’s team is built around Big Ten Player of the Year candidate EJ Liddell and has one of the elite offenses in college basketball — and a floundering defense.

It’s a familiar statistical profile to Michigan fans, who have a team with similar tendencies and just played two games in the last week against Purdue, the ultimate “elite offense, bad defense” team in college basketball. It’s somehow only the second weekend home game that the Wolverines have played against a high-major opponent this season, and the “Blue Out” should be one of the best home environments of the season for the Wolverines.