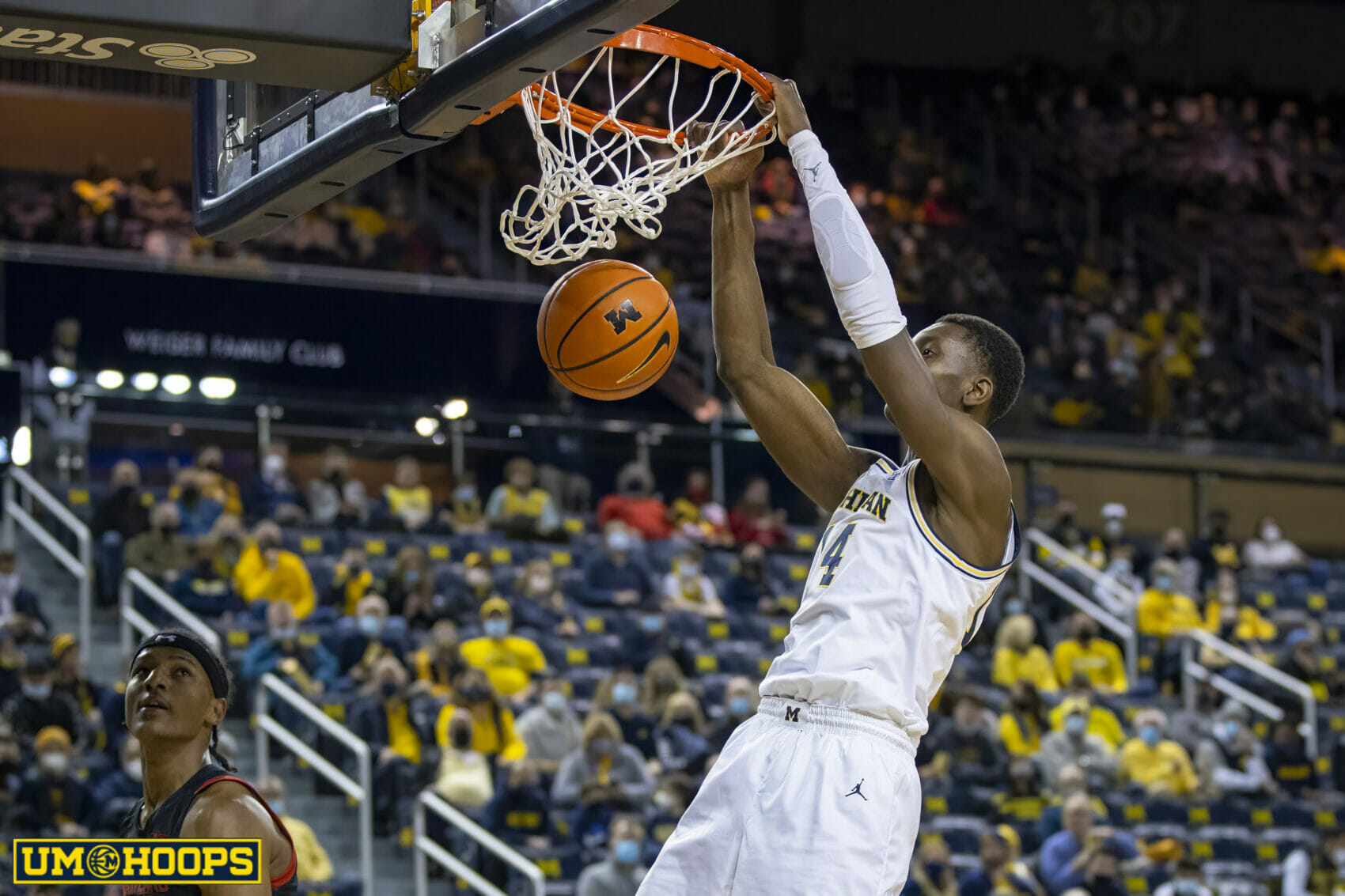 Moussa Diabate had the ball in his hands, a defender on his hip and his back to the basket.

Michigan was up 15-10, and Diabate had scored the last basket on a layup through traffic. There, however, he was fed by Eli Brooks for an easy finish. Here, he was left to create on his own. And he was ready to show off his bag of tricks.

On the catch, he did an initial pump fake, gauging to see if his defender, Caleb Furst, would bite. Furst didn’t. Diabate then gave a quick jab and drive-fake. In a fluid motion, he brought the ball back up for another shot fake, and as he noticed Furst hesitate, he drove toward the basket and fooled Furst with a spin move that drew the and-one lay up.

This was the Diabate that was promised.

The highly-touted prospect that worked his way into the starting lineup that many spoke so highly of skills wise.

It was a sharp contrast from a mere five days earlier, when Michigan had faced Purdue for the first time. Diabate only managed two points, three rebounds, a block and a steal. He only played 17 minutes and sat for the final 12:19 of regulation, struggling to make an impact offensively and failing to match up with Purdue’s four-out offensive attack defensively. The Wolverines were outscored by 13 points while he was on the floor and they lost by six.

Thursday night, in a rematch against the Boilermakers, he made sure his impact was known — scoring 15 points and four rebounds.

“Just be aggressive,” Diabate said. “Obviously, the one game obviously didn’t go my way. But that’s just how it is, it’s going to happen sometimes. And thank God, it happened to be my day today. I came into the game just knowing that I gotta be more aggressive.”