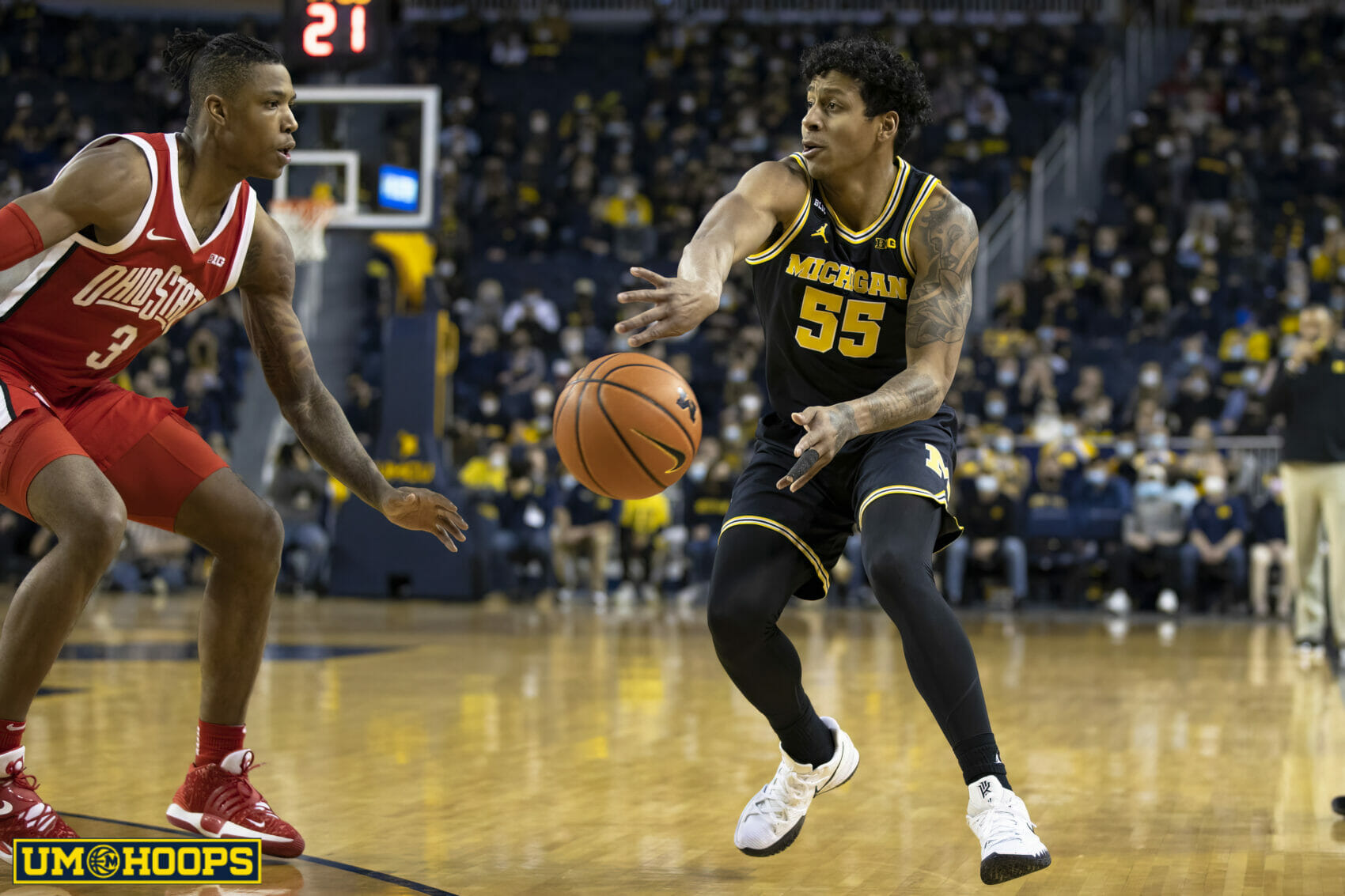 Tony Natoci is back this year to provide regular bracket updates as we lead up to the NCAA Tournament. Natoci, who was one of only three bracketologists to correctly predict all 68 teams in last year’s field, publishes his own bracket at Heartbreak City and will outline where Michigan stands in current bracketology models, both in his own bracket and notable national brackets, along with updates and insights about the process, key bubble games to watch, and more.

Every year there are a few teams whose resumes don’t completely make sense, and if you sort KenPom by the “luck” column, you’re bound to uncover a couple of them. This year, Providence and Wisconsin stand out as highly lucky teams with 2-seed-worthy resumes but efficiency metrics more befitting of a 7 or 8 seed.

Then there are teams like Michigan – NET and efficiency darlings with an eye-popping number of losses, many of which are of the “good” variety. These are tricky teams for bracketologists to evaluate, especially before the NCAA selection committee’s top 16 reveal, which gives us all some hints as to which parts of a team’s resume the committee is likely to value more than others on March 13th.

In Michigan’s case, we see this uncertainty bear itself out on the Bracket Matrix. The Wolverines are currently listed as the 1st team out of the field of 68 there but look deeper and you notice that there’s quite a bit of variance from analyst to analyst. Some bracketologists look at Michigan’s relatively poor record and see a team that’s still got a lot of work to do. Others focus on NET and efficiency metrics, which portray Michigan in a much more flattering light. The reality, as it often does, tends to lie somewhere in the middle, which is what makes the Bracket Matrix such a valuable tool – gather a bunch of opinions, smush them together, and you’re left with a prediction that’s proved extremely accurate over the years.

Where does that leave Michigan with less than four weeks to go until Selection Sunday? Rather emphatically on the bubble. I have the Wolverines just on the right side of the cutline as my 2nd-to-last team in, which would send them to Dayton on the tournament’s first or second night. Others have them more safely in, avoiding the First Four altogether, and others still have Michigan on the outside looking in. So, are we having fun yet?