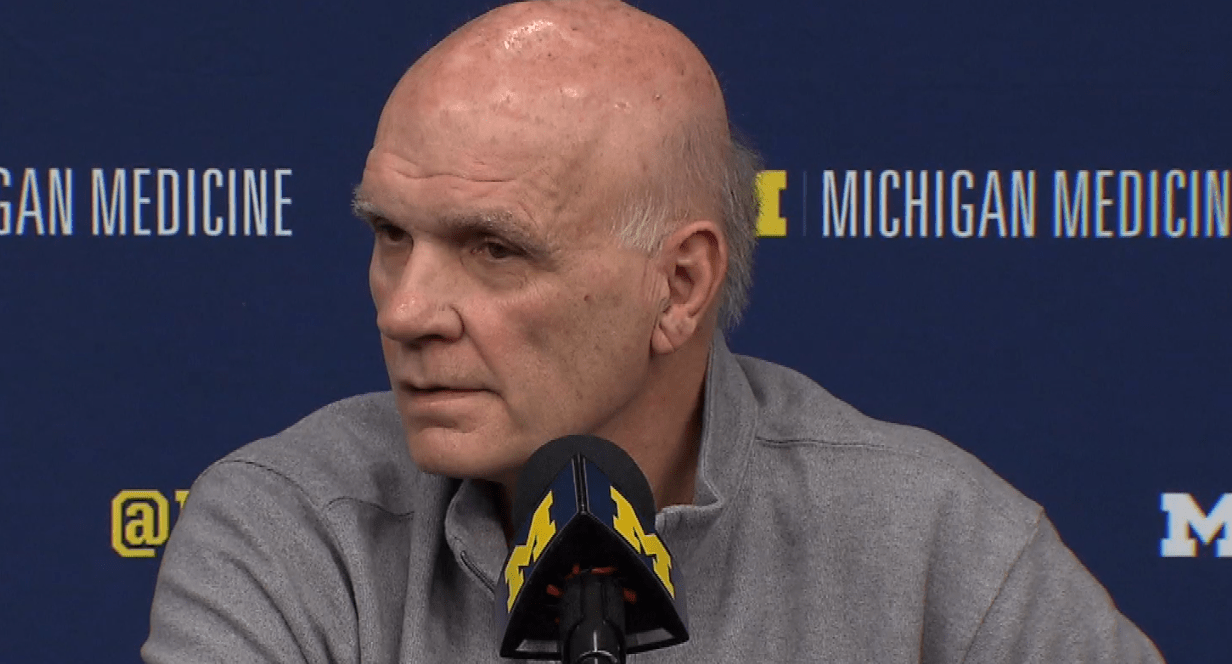 Monday afternoon, Michigan ran a practice in purgatory. Less than 24 hours earlier, Juwan Howard starred as the infamous main character in a benches-clearing fiasco, smacking a Wisconsin assistant coach in the ill-fated altercation.

Howard’s actions ignited a media firestorm replete with furious opinions: some called for Howard’s firing, others for an indefinite suspension.

Amidst all of this, the Wolverines tried to practice, hunkering down for a crucial matchup Wednesday against Rutgers. With five games remaining on its regular-season schedule — and still scrambling to compile a resumé worthy of an NCAA Tournament bid come Selection Sunday — Michigan faced a daunting unknown: Would its head coach be around to guide the program through it?

Phil Martelli orchestrated practice Monday and, at 3:15, athletic director Warde Manuel addressed the team. He offered what Martelli dubbed a “masterclass in leadership” and, of similar importance, provided an end to the swirling uncertainty, offering the facts: Michigan, working alongside the Big Ten, had suspended Howard for the rest of the regular season.

Tuesday afternoon, Martelli sat inside the Crisler Center media room and spoke with a sense of determination, his answers a little less long-winded than usual. He wasted no time getting to the point of his press conference:

“I am not Juwan Howard, and I am going to be me,” Martelli offered, his voice stern. “And I told the players that yesterday. I’m not replacing Juwan Howard, but what we have in place is the way that we’re going to play.”