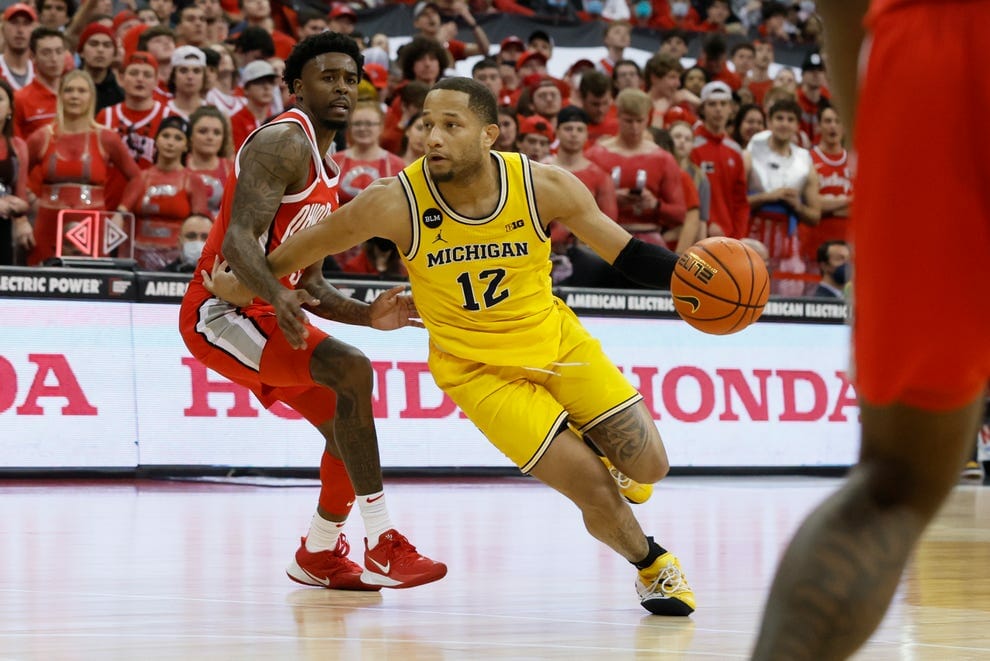 For 29 games, Michigan’s season was defined by Hunter Dickinson. The 7-footer in the middle was the story of every game. Wins or losses came down to how he performed, how teams guarded him, and whether his defensive limitations were minimized or exposed. The question for the last month was whether Dickinson would play enough flawless offensive games to carry the Wolverines to the postseason.

He got Michigan to this point, but his teammates had to finish the job. The Wolverines faced a must-win rivalry game on the road in Columbus and learned that they would be without their star big man due to a stomach ailment on Sunday morning.

Someone else had to step up, and DeVante’ Jones led the charge. Jones had a career night with 21 points and nine assists, earning his first KenPom MVP honors since a 93-82 Coastal Carolina win over Bryant in last year’s NIT. The grad transfer guard came to Michigan to play in the postseason, but he might not have realized he would have to play Michigan into the postseason.

That was his assignment and his ball screen mastery was on full display in arguably the most important win of Michigan’s season. He controlled the game, scored in critical spots, made three 3-pointers, and found the incisive passes to free his more mobile bigs for dunks.

Don’t miss our special discount for this week only. Pick up a year subscription for just $20 — over 50% off — with code RIVALS