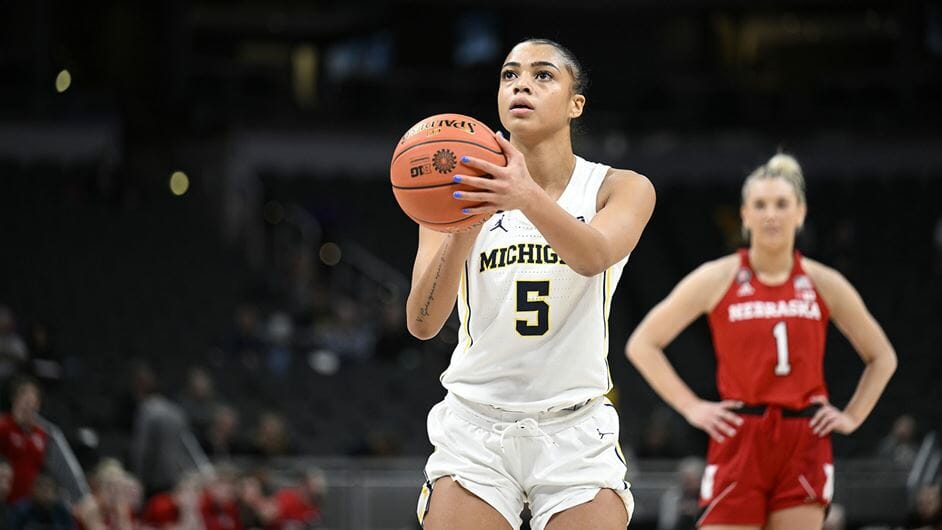 Another disappointing week ended with a missed chance at a Big Ten title. The best season in Michigan women’s basketball history, with its best player, will almost assuredly end without a title.

The Big Ten Tournament ended on the same day it started for the Wolverines with an embarrassing final minute of play filled with offensive ineptitude. They had three chances, three plays to rescue the quarterfinal matchup.

In the first instance, senior forward Naz Hillmon got the ball, back to the basket, before turning to face up against Isabelle Bourne. Hillmon tried to beat her to the basket, but a collapsing Alexis Markowski tied up Hillmon for a jump ball. This was the first mistake—everyone knew it was going to Hillmon, and it should have gone to her. Just not with her 12 feet from the basket, where she has to rely on her face-up game—a relatively new skill which isn’t as developed as her moves when she’s closer to the basket.

“I don’t know if it’s the pressure of the situation or what, but we were trying to get Naz on a staggered screen to get her a touch,” Michigan coach Kim Barnes Arico said about the play. “We thought we got ourselves in really good shape in the fourth quarter in terms of drawing fouls and we knew that if she got a touch we would be in good shape.”

The second option came on a baseline inbound play following the jump ball. Everyone who’s watched the tape on these baseline plays knows the first option is always senior wing Leigha Brown, and these plays were extremely successful in the early part of the season. Not so much now.

Of course, if any team were to know Brown’s tendencies, it would be her former teammates at Nebraska. So, when senior guard Danielle Rauch forced a pass early to a double-teamed, off-balanced Brown, it hit off the top of her fingers and led to a quick turnover.

The final opportunity was a sideline inbound play, when Brown passed it to senior forward Emily Kiser, who lost track of time and instead of getting it back to Brown as the play was designed, turned and launched it with 3.1 seconds left on the clock.

The last minute, Michigan’s last three plays, showed what cost it the game in the fourth quarter. A lack of execution and folding under the pressure.