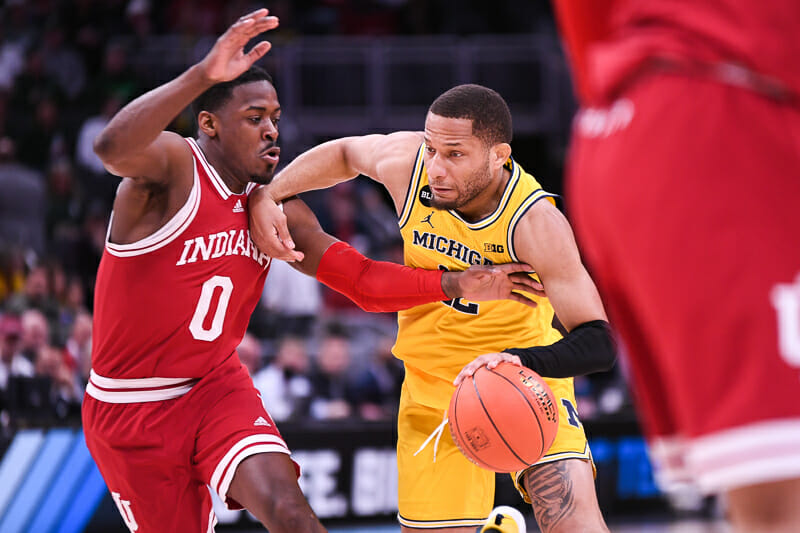 Michigan has lost a lot of games this season, but none quite like that. The Wolverines looked to be in cruise control en route to another Big Ten Tournament opening win, leading Indiana 60-43 in a game that didn’t even feel that close.

Hunter Dickinson and DeVante’ Jones had controlled the game and Caleb Houstan even chipped in with a couple of threes in the second half. The initial signs of the collapse were fairly innocuous but a couple of substitutions, bad turnovers, defensive breakdowns, and missed shots later, and Michigan was in a dogfight.

U-M surrendered a 28-4 second-half run and walked off the court shellshocked and left to worry about its postseason fate. The Wolverines made 21 of their first 41 shots from the floor but just 2 of their final 17. They turned it over just four times in the first 27:30 of game action compared to eight times in the final 12:30.

Perhaps the only saving grace for Michigan is that there’s a chance the collapse didn’t officially end their season, at least not yet.