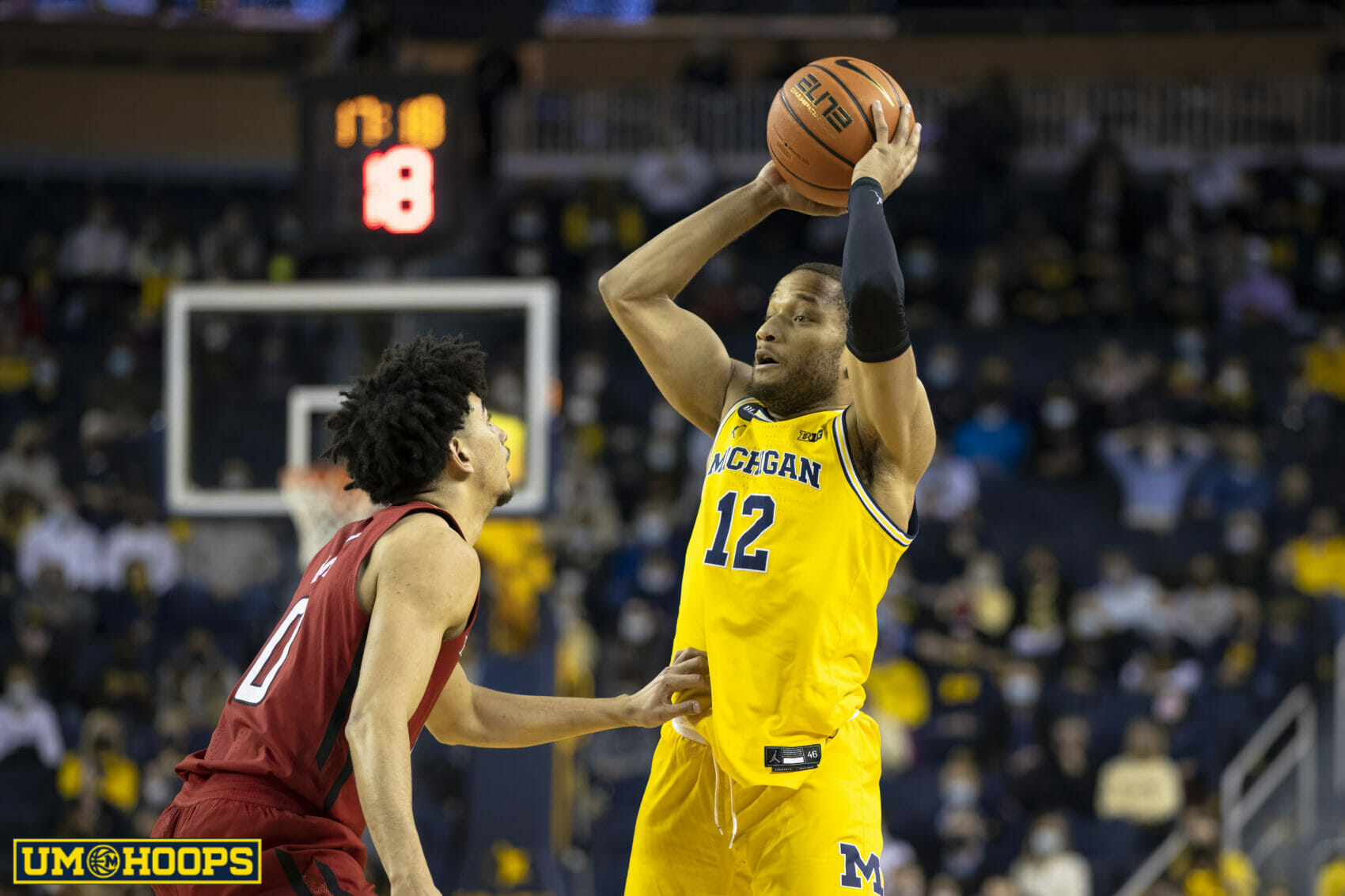 The idea that the Michigan men’s basketball team wouldn’t make the NCAA Tournament didn’t cross the minds of most people watching them halfway into the first round of the Big Ten Tournament. Even more so halfway through the second half of that game, after Michigan had secured a double-digit lead.

But after a late-game collapse, emphatic confidence in the team’s spot in the field of 64 became imminent worry and doubt.

To many, Michigan had locked at least a low-seed bid once it had beaten Ohio State to end the regular season. But after a meltdown against the Hoosiers put a bitter taste in the mouth of the team, worries began to seep through on what the selection committee could think of the recent performance.

But as Selection Sunday commenced, Michigan found itself with a bid as an 11th seed and in the South Region, set to face 6th seeded Colorado State.

Graduate transfer guard DeVante’ Jones couldn’t speak on behalf of any of his teammate’s feelings, but as Sunday rolled around, he was nervous.

Hunter Dickinson on the other hand was slightly more confident than his fellow teammate. Of course, he has been through the Selection Sunday process once before, albeit a very different team seeding situation.