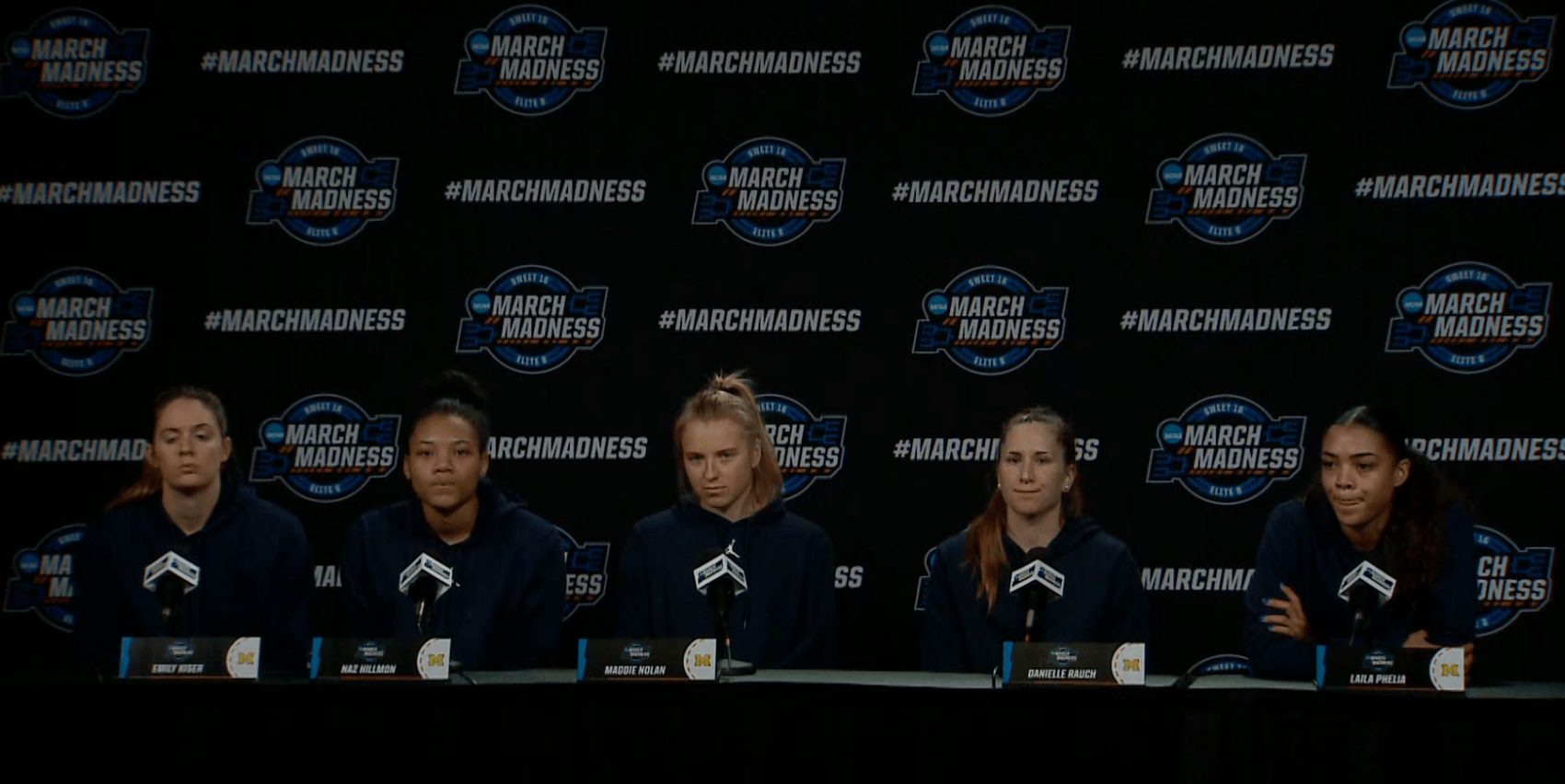 Louisville and Michigan have already played this season and it did not go the Wolverines’ way. The Cardinals thumped them 70-48 in the KFC Yum! Center off the back of a 24-6 second quarter.

The main culprit for Michigan? Turnovers. And points off turnovers. In that game, it committed 24 turnovers, gifting Louisville 32 points and 18 more shots. The Cardinals employed the press and the Wolverine guards could not break it: Danielle Rauch had five turnovers, Leigha Brown four turnovers and Ari Wiggins added three. Every player that touched the court in that game recorded a turnover except Elise Stuck, who only played two minutes.

“We let their defense speed us up with their pressure,” senior forward Emily Kiser said Saturday. “So I think we’ve grown in that, and we’re more confident in our ball handling and passing. So not letting them speed us up.”

The pressure that Louisville applied wasn’t just a one-off strategy to exploit Michigan’s weakness. According to Synergy, the Cardinals press on 24.8% of possessions, the 15th highest rate in the country and they force turnovers on 28.9% of those press possessions.

Meanwhile, the Wolverines have a 29.4% turnover rate against the press, the 255th worst in the country.

All this leads to the fact that Michigan is 207th in the country in transition points allowed per game and Louisville is 29th in transition points. Transition is what killed the Wolverines in Iowa and took away the Big Ten title. (Time/TV: Monday, 9:00 p.m., ESPN)