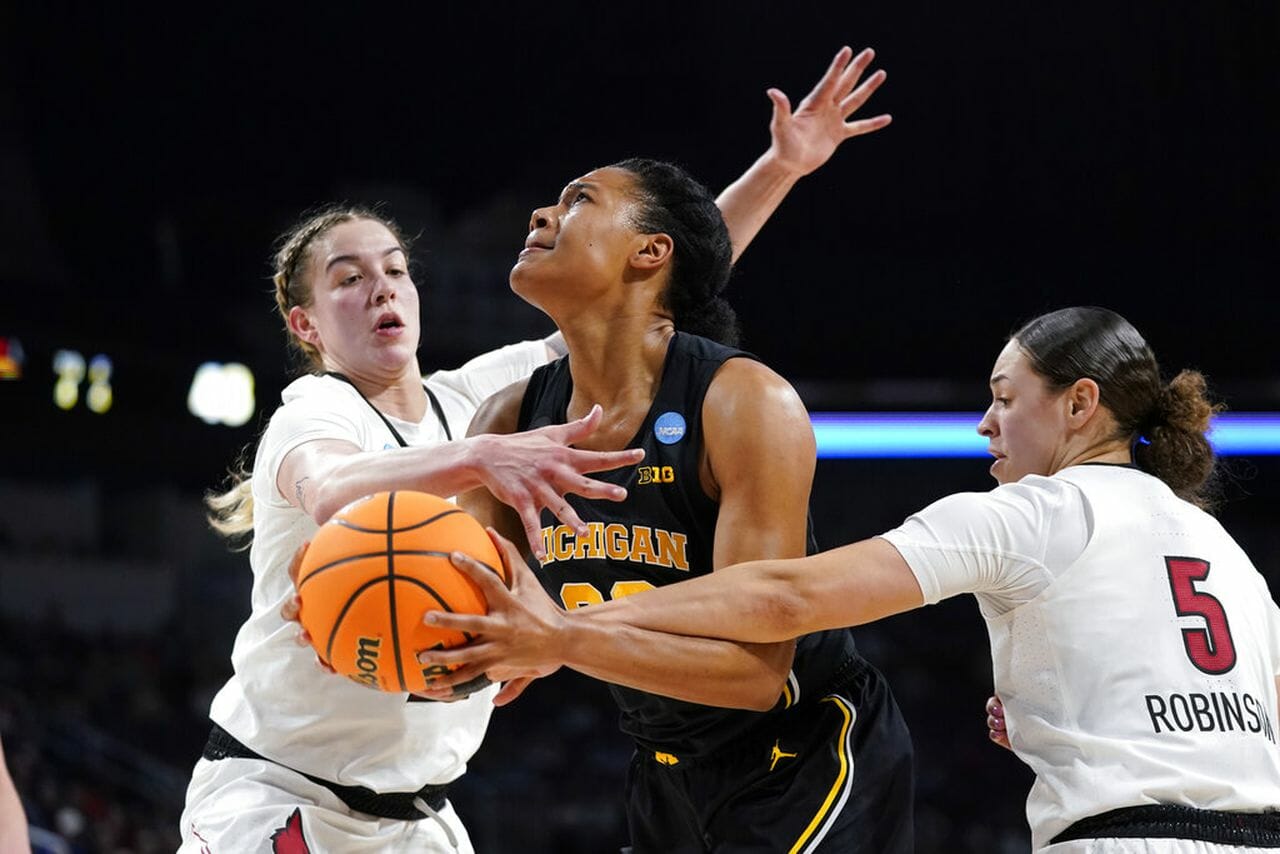 In the final moments, as the teams traded timeouts, Michigan’s faces were easy to read. As the Louisville fans cheered their smiling team into the huddle, the Wolverines stood stoic. Mouths pursed, they watched their coach draw up plays and direct them through the dance of a finished basketball game. A couple players looked around, eyes wide. A manager stood by the bench, looking at the ground.

“We knew it would be a game of runs we had our share of runs and they did what they do best,” Michigan coach Kim Barnes Arico said. “They forced us into some turnovers which resulted in some easy points for them.”

The game is easy to break down: The Wolverines’ best trait, a trait that’s followed Barnes Arico from program to program, only brought them so far: hard work. It carried them through the first 35 minutes of the game.

They were sloppy with the ball, they missed shots, they gave up easy looks. But they worked hard, hustled, and fought for every moment. When Michigan was down seven twice in the second quarter, Louisville about to run away with it, the Wolverines clawed back. When the Cardinals were up nine with a little under three minutes left in the third quarter, Michigan battled on the inside and brought it closer.

But as the final five minutes ticked by, the biggest hole in the Wolverines’ attack reared its head. With senior guard Leigha Brown out with injury, there was no second option to Naz Hillmon. No one to make plays, shake a defender, to do anything else.