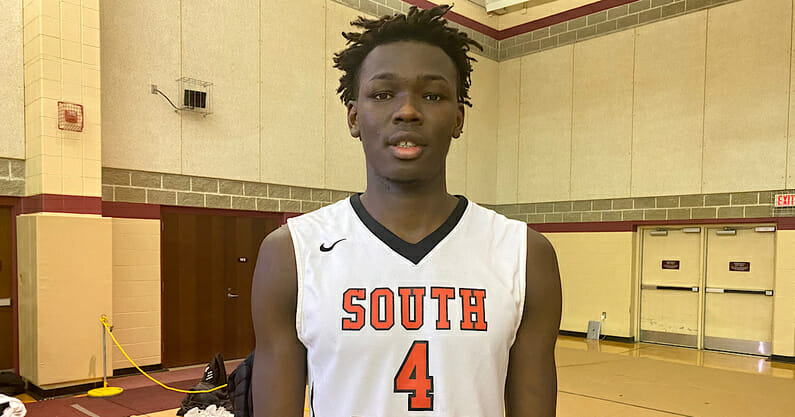 Raphael Chillious remembers basketball games like the back of his hand, and South Kent’s game on Dec. 15 is no exception.

Juwan Howard sat courtside to watch South Kent battle Brewster Academy, a matchup that featured a number of tantalizing prospects. Chillious claims that Howard was initially there to scout other players, but one — Papa Kante — quickly grabbed his attention.

“It was his first time seeing Papa and (after the game) I was walking with Juwan, he goes, ‘Coach, we gotta talk,’ ” Chilious told UM Hoops earlier this week. “He knew right away because, on one possession, he saw Papa hard-hedge three or four different ball screens and get back to the basket to cover.”

Five days later, Howard extended an official offer to Kante, a fast-rising class of 2023 four-star recruit who ranks as the No. 10 center in 247Sports’ composite rankings. Interest in Kante is surging, with the 6-foot-10 big man picking up offers from Kansas, Tennessee and Providence, amongst others. Michigan, too, remains invested.

“It’s all Juwan, and not in a bad way,” Chillious said. “Papa’s probably only talked to an assistant coach once or twice. Juwan, they talk all the time. … Every time he has an AAU game, during warmups, before they’ve even started yet, you see Coach Howard sitting there waiting already.

“The biggest deal is Juwan’s done a great job with the kid. Not just basketball — he just talks to him. I think that’s something that’s kind of unique these days because most coaches will call and say, ‘Hey, when are you gonna commit? When are you gonna do this?’ Juwan, he just calls to talk to the kid.”