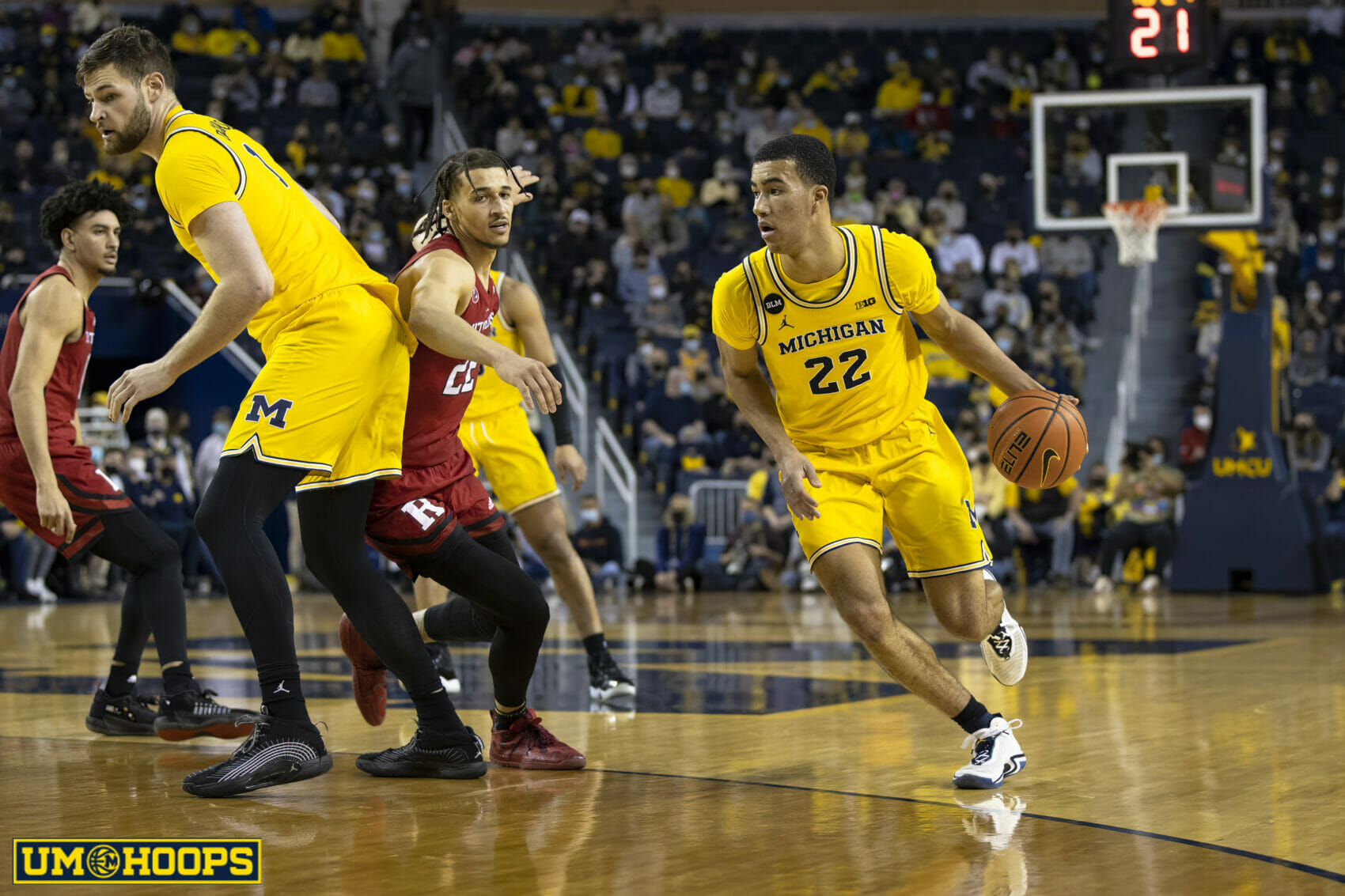 Moussa Diabate will participate in the NBA Draft Combine as expected while Caleb Houstan turned down an invitation and will skip the event.

Houstan is one of two players to earn an invite to the Combine but reject the invitation. The move has led to speculation by notable NBA reporters that Houstan has some sort of draft promise on the table.

Two players declined invites to the NBA Combine: Michigan's Caleb Houstan and Iowa's Kris Murray. For Houstan, there will now be a lot of speculation about promises and shut-downs, and rightfully so. Kris Murray may very well be headed back to Iowa. https://t.co/qpQlHO21YR

Diabate should have a great opportunity to improve his stock at the event with his physical testing.

The NBA Draft Combine runs from May 16th through 22nd in Chicago and players testing the waters will have until June 1st to decide to return to school.

Michigan senior Eli Brooks was invited to the G-League Elite Camp which takes place immediately before the combine and gives players a chance to earn a spot.