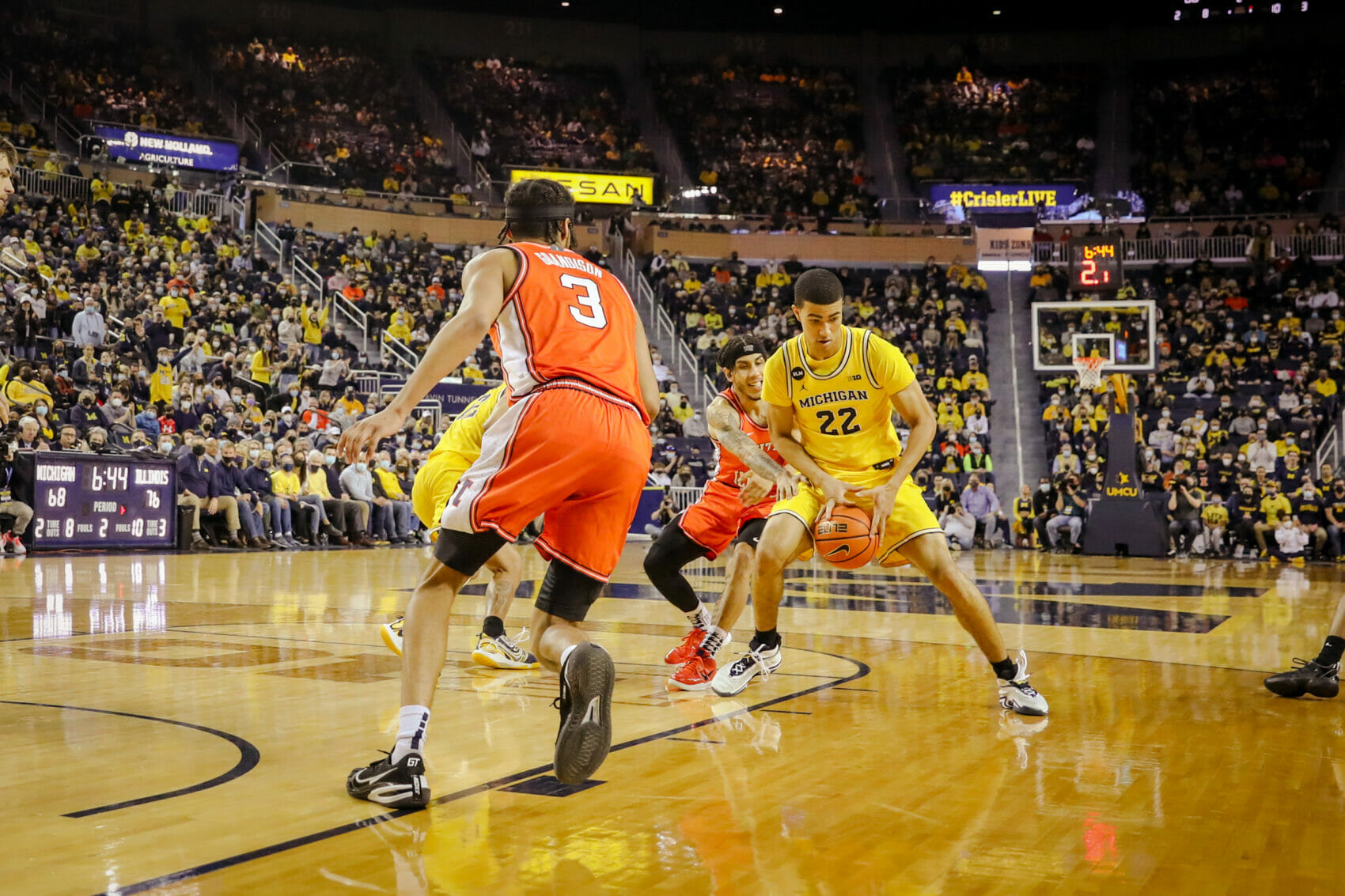 The NBA Draft withdrawal deadline is just one week away which means it is almost decision time for Moussa Diabate and Caleb Houstan. Michigan’s freshmen have to decide whether to remain in the NBA Draft or withdraw and return to Ann Arbor for their sophomore seasons.

Houstan has been projected in the 30-45 range in most recent mock drafts while Diabate has popped up in the second round of several mocks as well. We reached out to Sports Illustrated’s Jeremy Woo to answer questions about both players, how the NBA views them and what goes into their decision to stay-or-go.

Caleb Houstan’s status has been a hot topic among Michigan fans since he skipped the NBA Draft Combine. What do you make of his decision to turn down an invite? Was it more of a calculated risk to minimize some of his downside (potential athletic testing) or do you think the decision implies that he has a “draft promise”? How real are “draft promises” at this stage in the process?

I don’t know anything for certain, but the general belief around the NBA is that Houstan probably has some type of baseline draft assurance he’s comfortable with. His standing as a prospect right now isn’t such that it would make sense for him to simply skip everything. He may not know where he’s going for sure, but the situation says to me that he feels good about his status and that his workout process will be strategic.