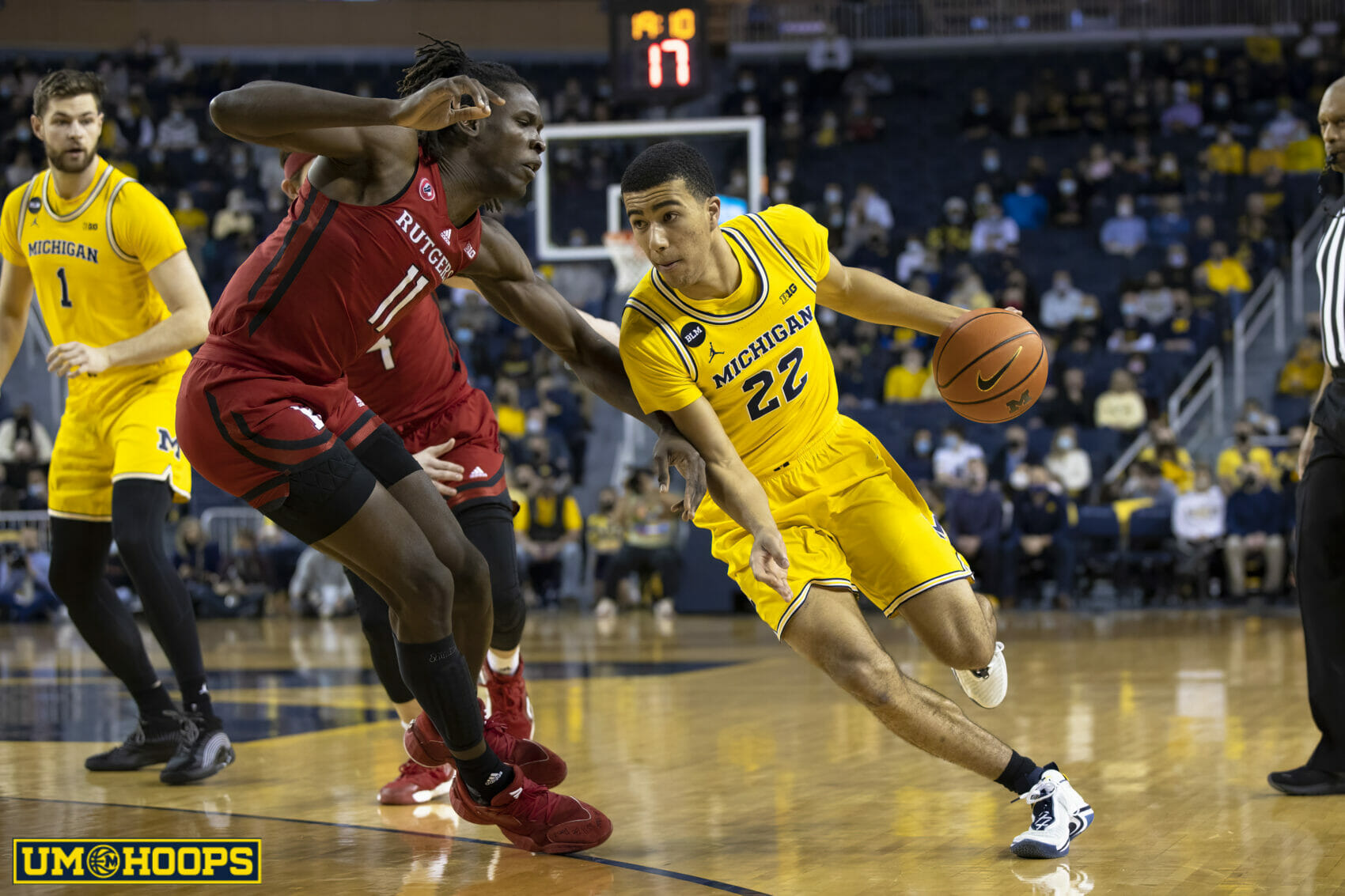 Michigan freshman wing Caleb Houstan will remain in the NBA Draft and forgo his remaining eligibility.

Never forget, we will ALWAYS be here for you. 〽️FAMILY!

Houstan, a five-star freshman, started every game and averaged 10.1 points and 4 rebounds per game in his lone season at Michigan. He’s projected as a late first or early second round pick with speculation that he may have received a draft promise late in the first round.