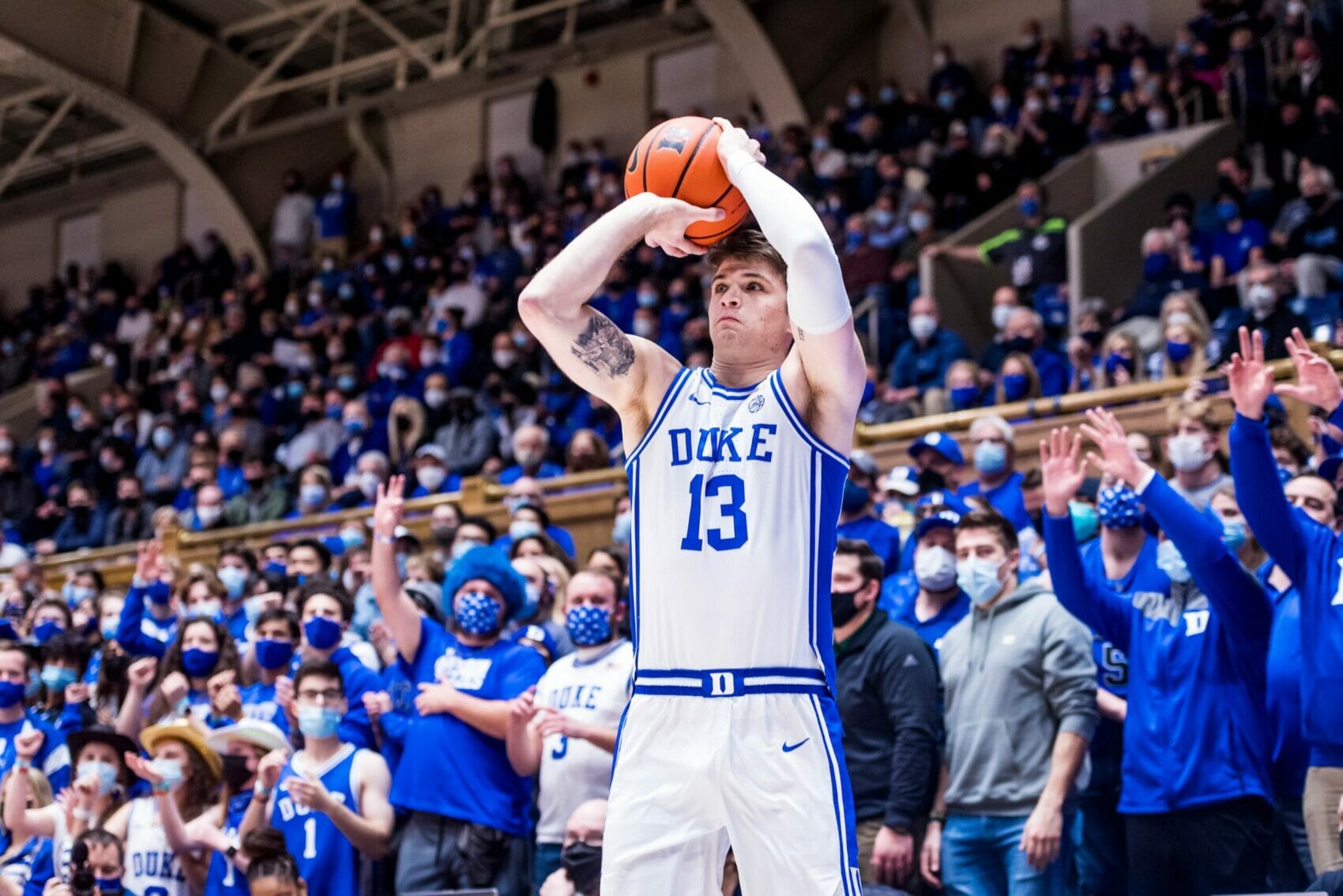 Duke graduate transfer Joey Baker announced his commitment to Michigan today. Baker is the second transfer that Michigan has added this offseason along with Princeton point guard Jaelin Llewellyn.

BREAKING: Former #Duke wing Joey Baker will transfer to #Michigan for next season.
1 year of eligibility as a grad transfer.
Why Mich?
– Felt it provided the best opportunity to make an impact on a championship caliber team.
– Felt Coach Howard could maximize his total game.

Baker was a former top-40 recruit who committed to Duke and enrolled early. He spent most of his career on the fringes of Duke’s rotation, often playing behind eventual NBA Draft picks. Baker averaged 4.5 points and 1.2 rebounds in 11.9 minutes per game as a senior last season. The 6-foot-6, 206-pound wing is known for his perimeter shot, making 30-of-74 triples last season (40.5%) and 37.9 percent of his long-range efforts for his career.

Baker’s transfer recruitment ended with visits to Michigan, Georgia and George Washington. With Baker’s commitment, Michigan has one open scholarship on the 2022-23 roster.

After the jump, we have thoughts on Baker’s potential fit at Michigan and an extended highlight reel of his senior year at Duke.