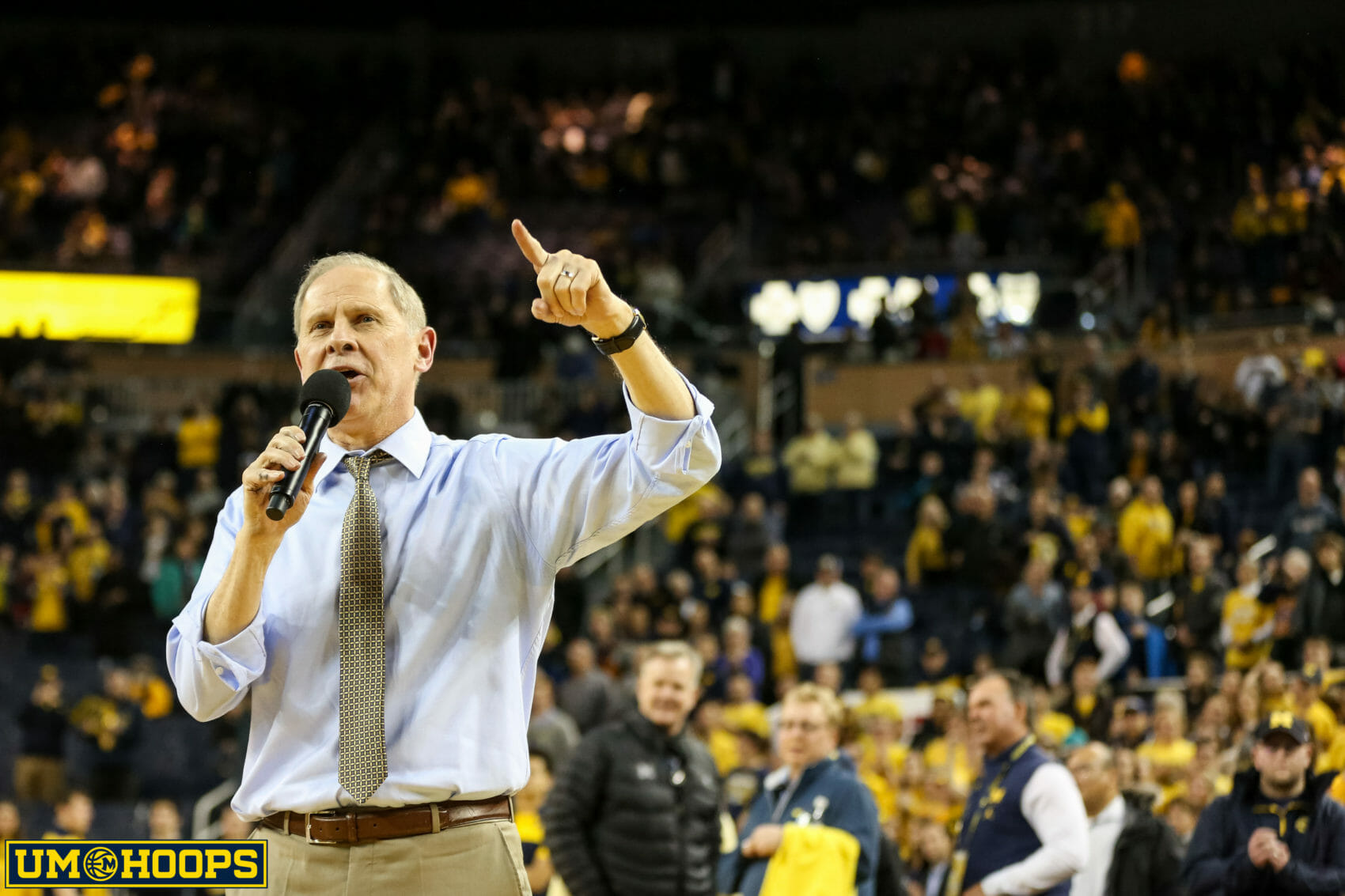 Former Michigan head coach John Beilein has been selected as one of nine Class of 2022 members to be inducted into the National Collegiate Basketball Hall of Fame.

Beilein is the winningest coach in Michigan history and took the Wolverines to a pair of Fianl Fours and national title game appearances. Here’s the full University of Michigan press release:

Former University of Michigan men’s basketball coach John Beilein has been named one of nine members for the Class of 2022 for induction into the National Collegiate Basketball Hall of Fame announced Wednesday (June 29) by the National Association of Basketball Coaches (NABC).

Making up the Class of 2022 are former players Richard Hamilton (Connecticut), Larry Miller (North Carolina), Frank Selvy (Furman) and the late Jimmy Walker (Providence), along with coaches Beilein, Jerry Krause and Lon Kruger. The class will be joined by additional coaches Jim Calhoun and Roy Williams, who will be formally honored in the Class of 2022 after initially being recognized as part of the founding class in 2006.

After just learning of his induction into the Michigan Sports Hall of Fame in September, the NABC honor will be Beilein’s 12th Hall of Fame honor following an extraordinary coaching career, which is still active to this day.

The winningest coach in Michigan history, he made a total of 20 trips to NCAA postseasons. Beilein’s career was headlined by a pair of Final Four and national title game appearances at Michigan — in 2013 and 2018. After departing U-M in 2019, he spent one season coaching the NBA’s Cleveland Cavaliers and currently works with the Detroit Pistons in player development.

The Class of 2022 will be enshrined on Nov. 20 in Kansas City as part of National Collegiate Basketball Hall of Fame weekend, which also features the annual Hall of Fame Classic tournament.