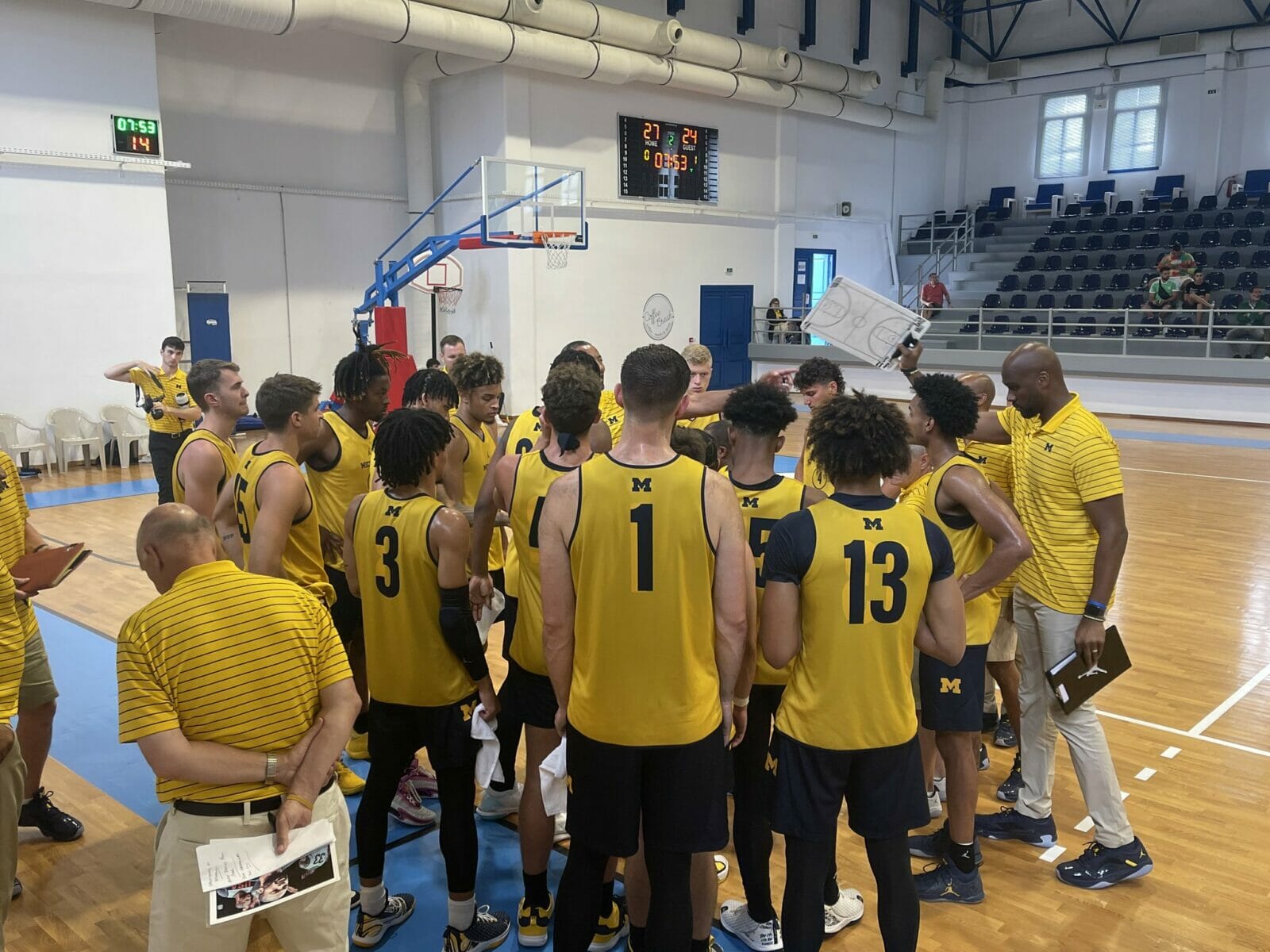 Michigan wrapped up its 2022 international exhibition schedule against AO Mykonoy BC on Wednesday.

The Wolverines trailed 27-24 after the first quarter but pulled away with a 49-38 lead at the half. The game was cut short at halftime due to either training injuries suffered by Mykonos, per Michigan, or due to power outages caused by electricity failures due to an unexpected storm in the area, per the hosting club.

AO Mykonoy BC is a professional club on the 33-square-mile island of Mykonos that plays in the fourth tier of Greek professional basketball.

Mykonos is the final stop in Michigan’s international trip that also included games in Paris and Athens. Michigan won its previous game against Olympiacos (U22) and lost to Fos Provence in Paris.


The Wolverines will wrap up their trip this week relaxing in Mykonos before heading back to Ann Arbor where classes start on August 29th.

Here are some photos and short clips provided by AO Mykonoy BC: 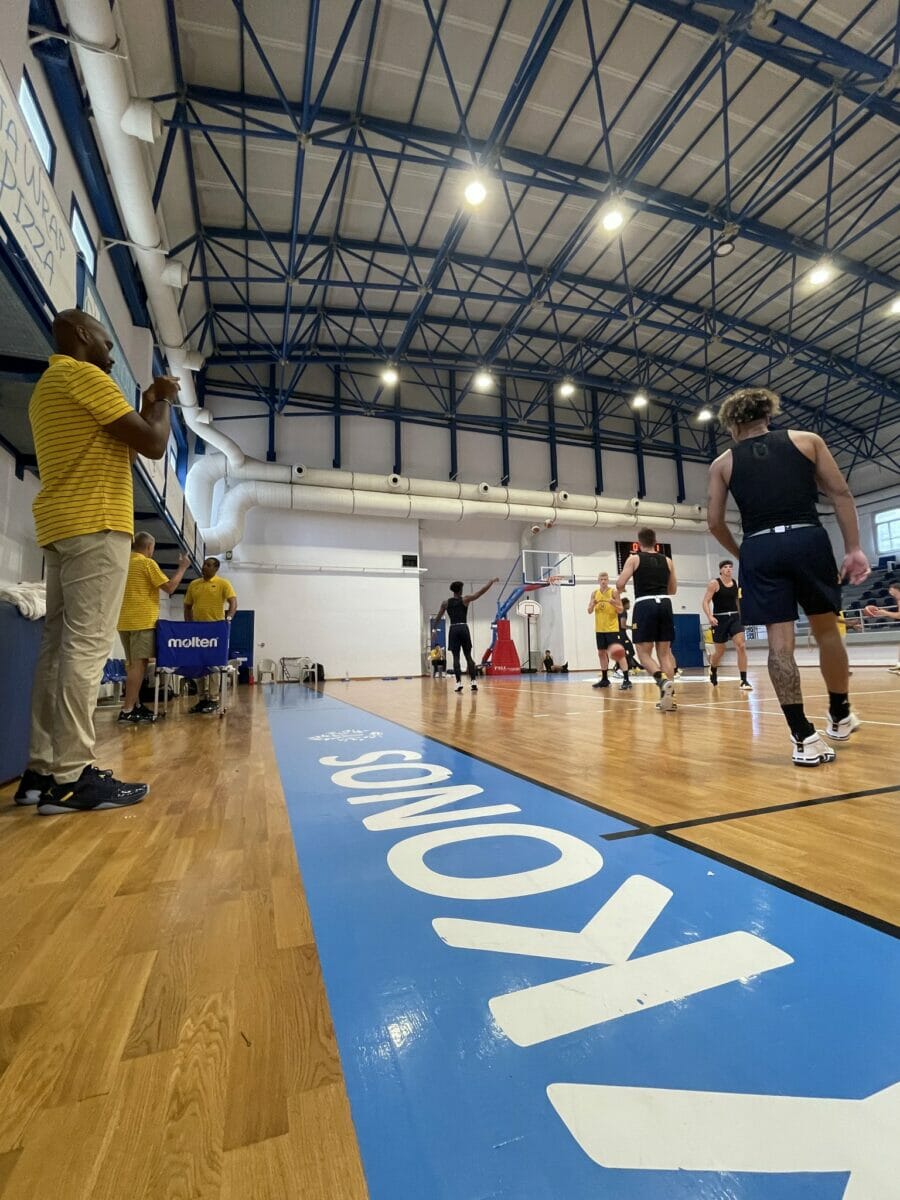 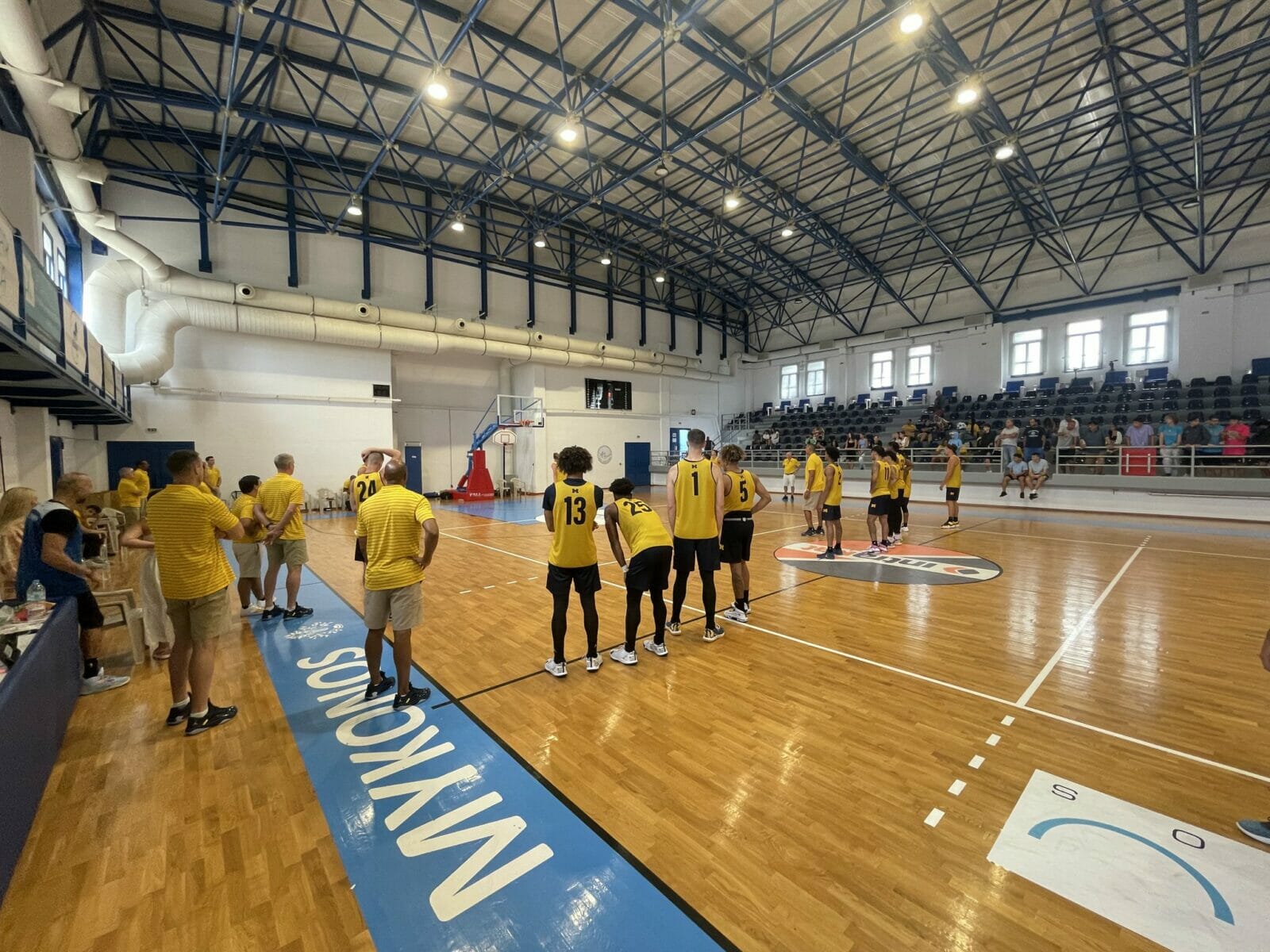 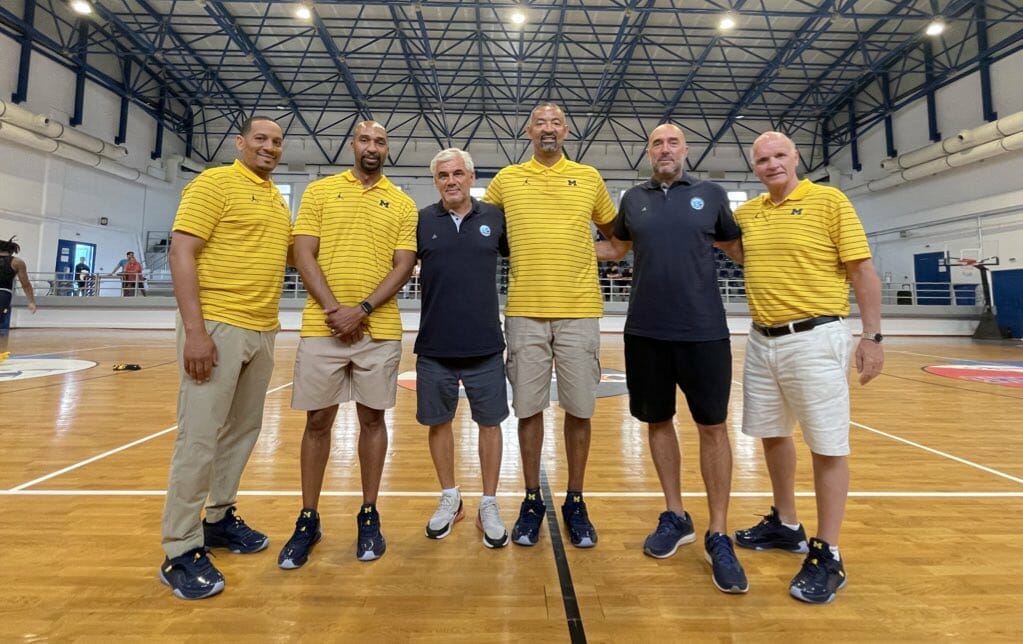