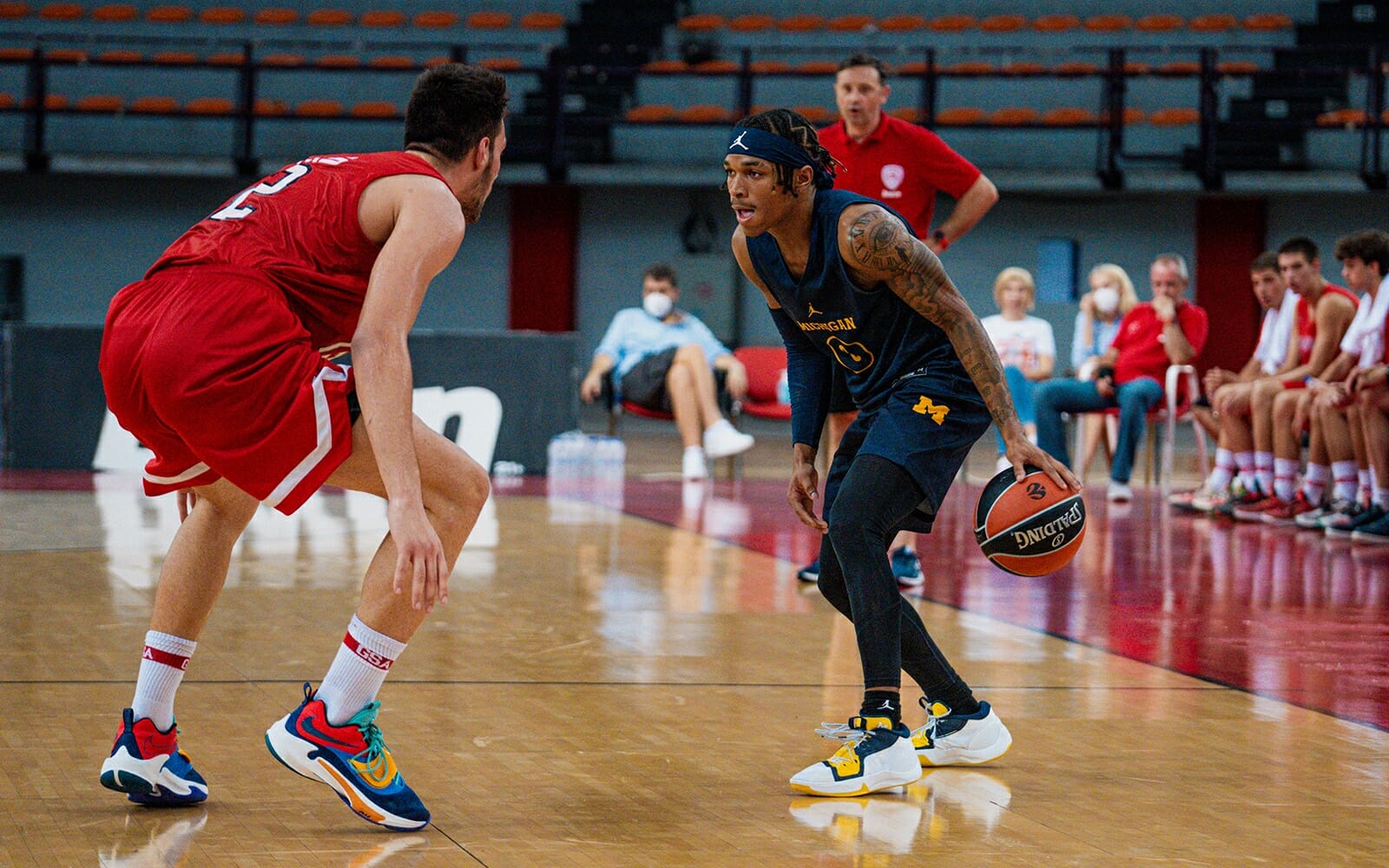 It’s one thing for a basketball player to work out late into the night, but it’s an entirely different story when they grind so late that they have to sleep at the gym. For freshman guard Dug McDaniel, though, giving up his bed for a couch at the gym is just a normal part of his commitment to basketball.

Because for McDaniel, the Michigan men’s basketball program is better than a bed. It’s a passion, it’s a family — it’s a home.

“Coach Juwan (Howard) is like my uncle,” McDaniel said. “… And when I came on my visit, it just felt like home. I had a similar feeling when I decided my high school choice. And you know, you can’t go wrong with that gut feeling, so I knew I was in the right spot.”

That gut feeling led to McDaniel’s commitment, and he’s already working to match the hype. A four-star recruit out of Paul VI High School, his speed and playmaking caught the eye of recruiters and scouts. Entering his first season with the Wolverines, he wants to blend those assets with patience running the offense — a mental process honed by watching Chris Paul.