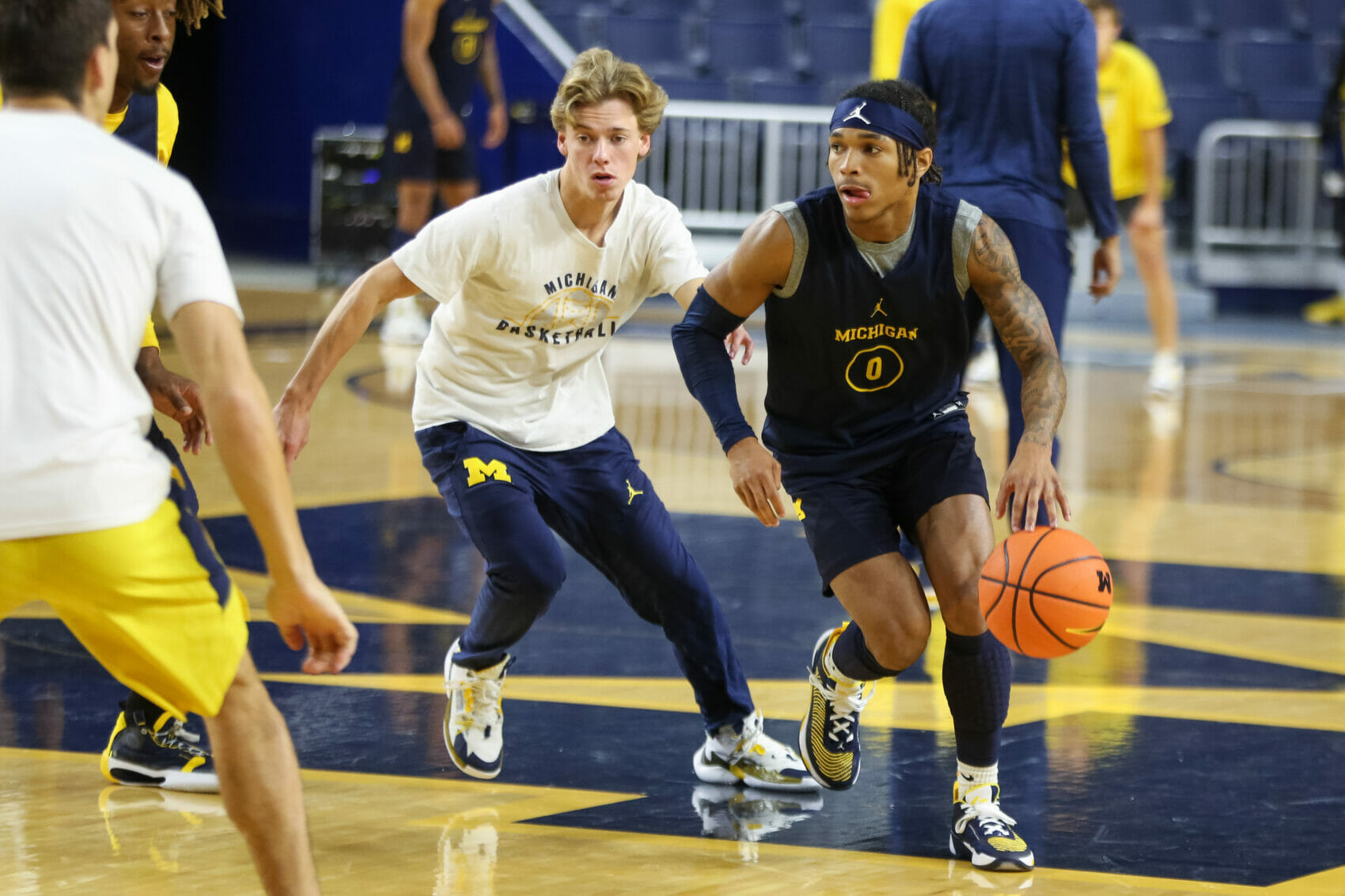 When asked about his goals for the upcoming season, Dug McDaniel didn’t hesitate.

“The personal goal is to make myself known,” McDaniel, a freshman, said. “People are going to doubt me, but just making myself a presence and letting them know that I’m here. I’m here to play.”

Preseason press conferences are routinely filled with praise and feel-good mojo. But no Michigan player has drawn rave reviews this week quite like McDaniel. Wednesday, at Big Ten Media Days, Juwan Howard declared that “Duggy McDaniel is going to be special,” noting that McDaniel has already earned playing time as a freshman.

And Michigan will need McDaniel. Once again, backcourt depth is thin — a trio of McDaniel, sophomore Kobe Bufkin and graduate transfer Jaelin Llewellyn will compete for the majority of minutes. It certainly seems like McDaniel has already forced the coaching staff’s hand; Howard Eisley noted that “everything is on the table” and Llewellyn and McDaniel will almost certainly play alongside one another, even if they are both accustomed to playing the ‘1.’

That’s a testament to McDaniel’s work ethic, as much as anything. McDaniel, a four-star recruit, played his high school ball at Paul IV Catholic in Washington DC; as a senior, he won Player of the Year honors in the WCAC, averaging 17.6 points per game while leading his team to a WCAC tournament title. In turn, McDaniel grew accustomed to being the focal point, both on and off the court.

Needless to say, that makes for a stark transition.