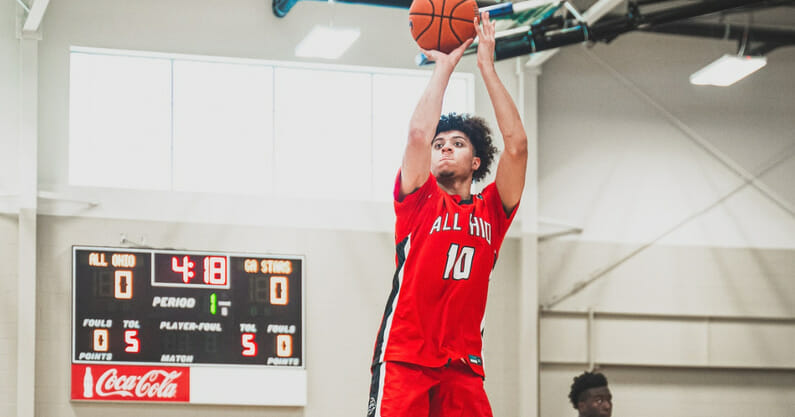 Every athlete wants to be an impact player, but that’s a distinction earned through hard work and production. It’s hard to promise success to a recruit, but coaches can lay out how a player will fit in their system.

For four-star guard George Washington III, the role Juwan Howard pitched him made committing to Michigan an easy choice. After discussing how he could help the Wolverines win, the Dayton product drove back up to Ann Arbor with his dad and committed to Juwan Howard face-to-face.

“(Howard) likes to play two guards on the court, they can play fluid between both those positions,” Washington told UM Hoops Friday. “Using my ability to handle the ball and run the team (I can) kind of be that ‘one’ for them, but then also be able to step off the ball with another guard and play alongside another guard that they have and be able to spread the court, get my shots up and score the ball.”

Of course, that role can help Washington with his career goals. He wants to be not only an NBA player, but one that makes an impact at the next level. While also entertaining interest from Wake Forest and Louisville, Washington put his faith in Howard’s program to give him the tools to stick around the pros.

“I felt like both of those (other) schools were places that at that point I could go to and I would’ve enjoyed my time there, and I feel like I’d have a chance to become a pro,” Washington told UM Hoops Friday. “I just felt like Michigan — that place that really had that home feel — not only could get me the pros like all the other schools but would keep me there.”

The 2022-23 season is here, and you can get a year of UM Hoops for just $24 — or two dollars per month! Use the promo code FRESHSTART to unlock our content and join our community today!