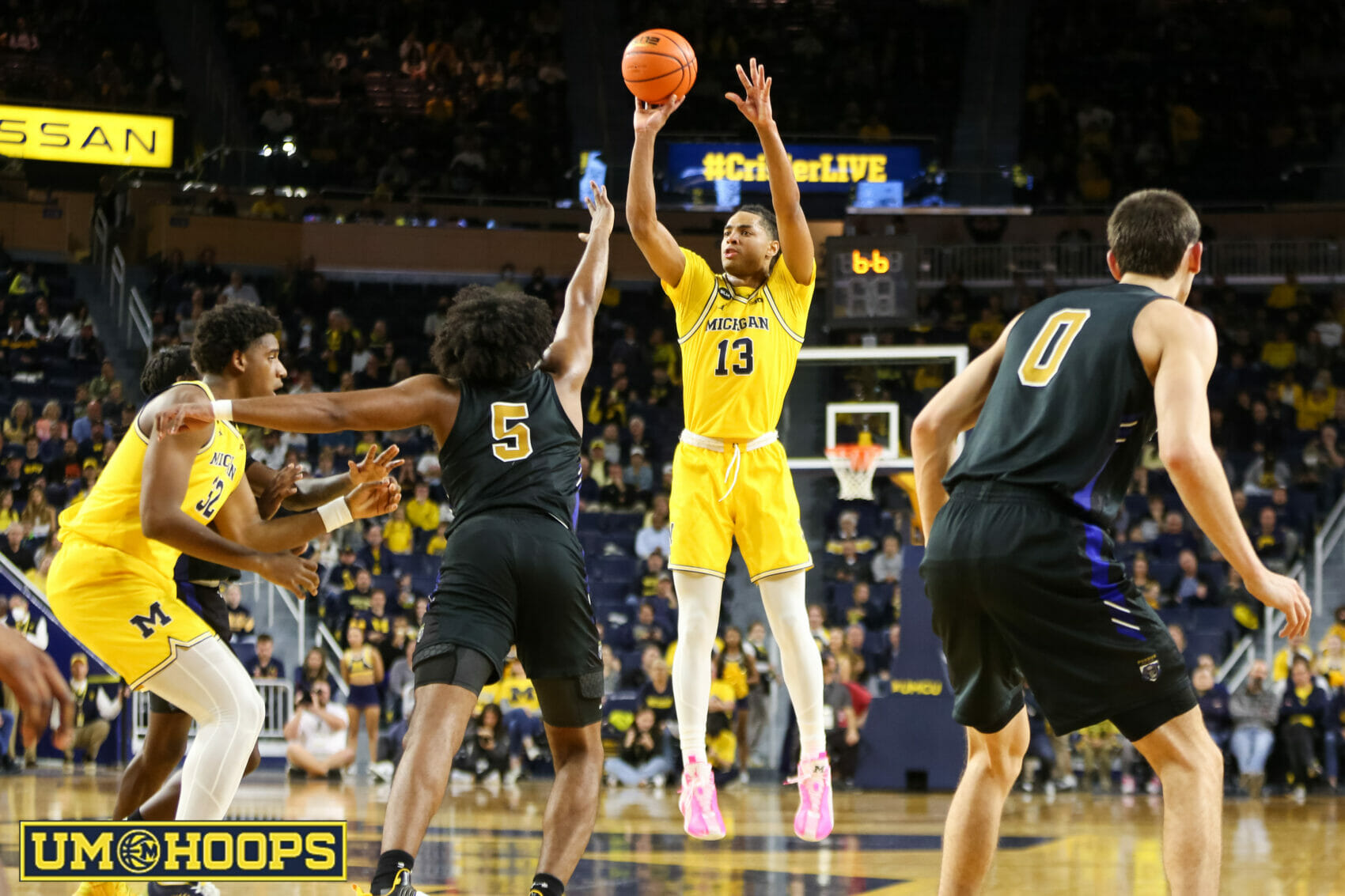 The first 40 minutes of Michigan’s 2022-23 season felt like a roadmap of what is to come and a sneak preview of what’s waiting at the end of the journey. The Wolverines flashed their promise — there probably aren’t many one-two scoring punches better than Hunter Dickinson and Jett Howard in college basketball — but they followed those stretches up with a reminder of how far they have to go.

The defense looked improved, but the rebounding wasn’t. Michigan’s 20-0 run in the first half was impressive, but the bench gave most of it right back. Hunter Dickinson was almost unstoppable when he touched the ball, but he also seemed to go without a touch for too long too often. Of course, it was also a season-opener against a Horizon League team without its best player.

On night one, that’s just fine. Michigan might be rough around the edges, but it’s exciting to think about how this team comes together over the coming weeks and months. Jett Howard’s first two games in a Michigan uniform have opened eyes, and the roster fit is there. Now the Wolverines have to figure out how to put it all together for 40 minutes at a time on a regular basis.