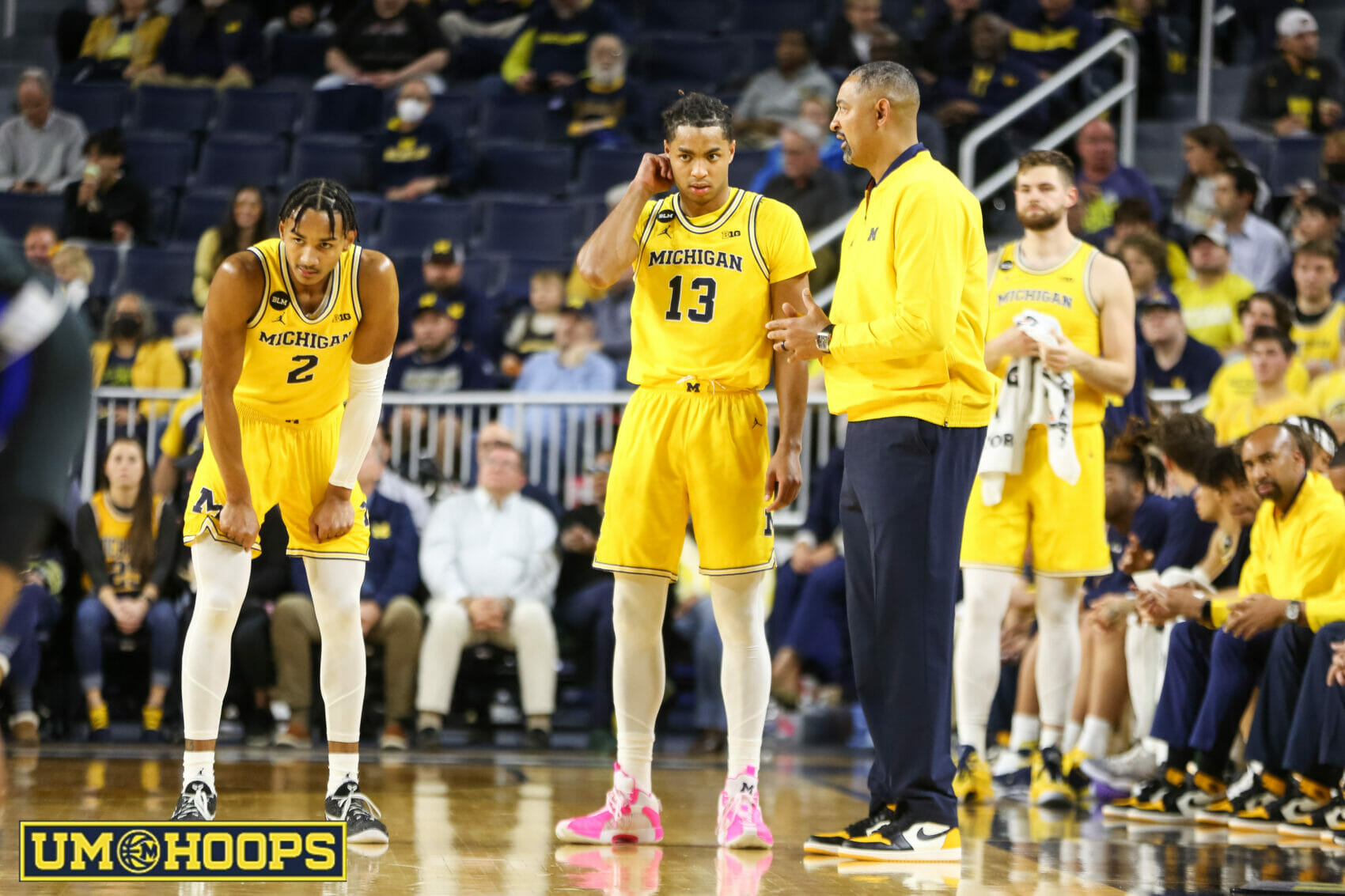 After christening the season with a 75-56 win over Purdue Fort Wayne, Hunter Dickinson and Jett Howard sat alongside one another at their postgame press conference. Each had played an instrumental role in the victory: Dickinson with a routinely dominant 22-point, 12-rebound performance and Howard with a sparkling collegiate debut, netting 21 points, 5 3-pointers, and a personal 8-0 run that put the game to bed for good.

“If you’re hot, we’re going to feed you every time,” Dickinson said afterward, commenting on Howard’s exploits. “If Jett gets going, we’re gonna try to find him as much as we can because that’s gonna benefit us, and it’s gonna benefit me and the rest of the team.”

That notion — of riding the hot hand — is not a novel strategy. It is, though, a tactic that Michigan could rarely follow last year for anyone not named Dickinson. As Dickinson went, so did Michigan. Other options were sparse and inconsistent.

Early indications are that this year could be different.

Dickinson dominated the first few minutes of Monday’s game, notching 11 points to help keep the Wolverines afloat when their offense stagnated. But other sources of offense — other hot hands — helped Michigan pull away. At times it was Joey Baker, the Duke transfer, who netted a pair of early 3-pointers. Other times it was Howard, whose encore proved equally impressive as his first act in Friday’s exhibition game.

At other moments, it will be someone else.

“I remember the first double team I got, I kicked it to Kobe and then Kobe swung it to Joe and my first reaction was, ‘Don’t do that this year’,” Dickinson said. “We definitely have a lot more shooting at all four positions, all five if you include me. It’s definitely a big difference from last year.”