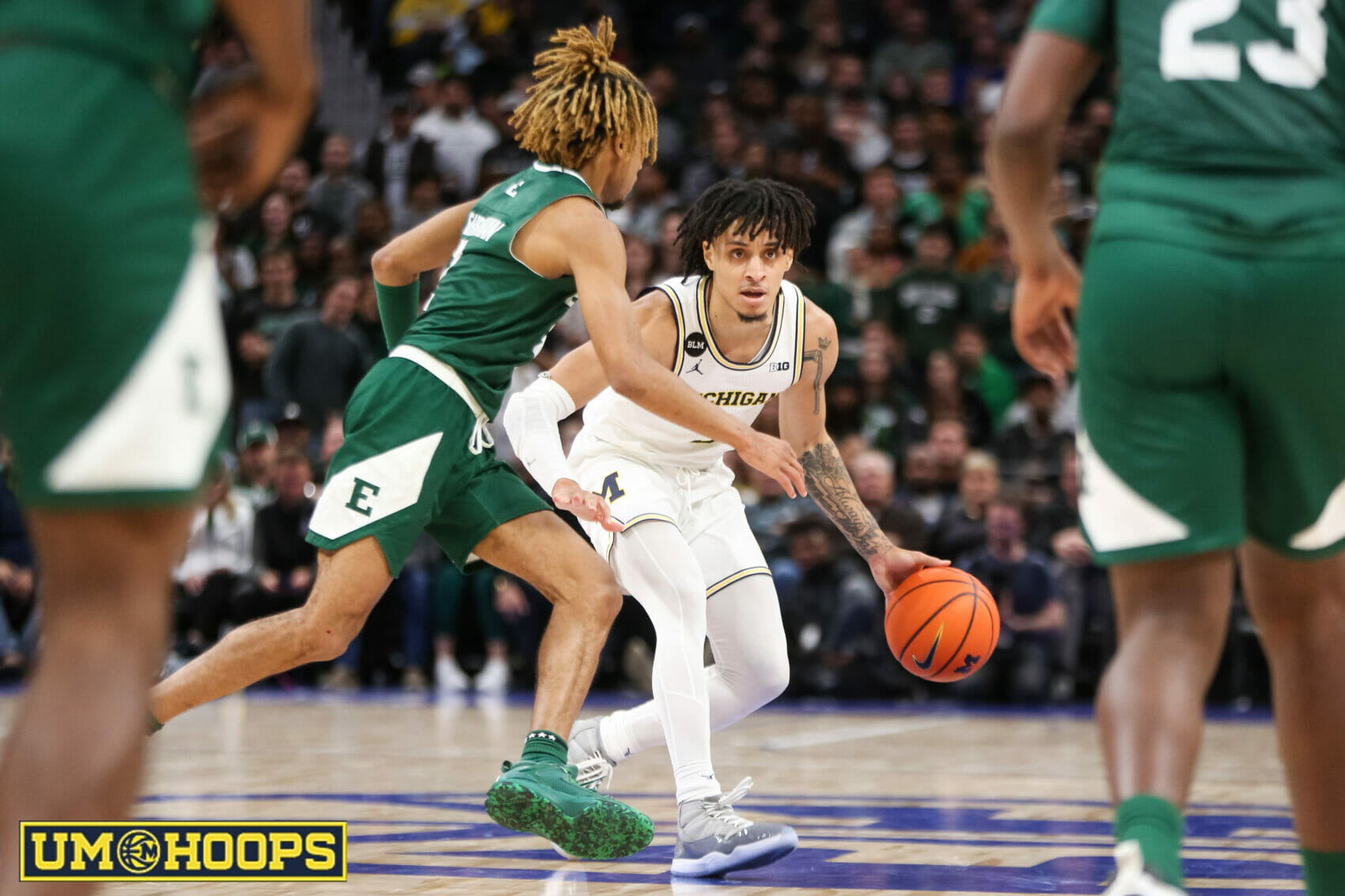 After 39 minutes of theater, the nervous energy that permeated Little Caesars Arena Friday night had finally subsided. Michigan, following a prolonged scare, had pulled away from upset-minded Eastern Michigan, and Jaelin Llewellyn stood at the free-throw line to cement the inevitable.

It’s appropriate that Llewellyn notched Michigan’s 88th and final point, swishing home a free throw with nine seconds remaining. Because in those final three minutes, Llewellyn went 5-for-6 from the line, steadying the Wolverines amid a boisterous crowd and against a pesky opponent.

“He’s our point guard,” Terrance Williams II said. “Coach expects a lot out of him. He’s played a lot of minutes at Princeton, so he has valuable experience coming in as a transfer, and he’s an Ivy League guy, so he’s a very smart, high IQ player. That all comes together in situations like this.”

All of Llewellyn’s best traits — his poise, his leadership, his maturity, his playmaking — broke through the surface in the final minutes of Michigan’s victory.

He played the final ten minutes of the game, helping turn a three-point deficit into a six-point victory. With 2:49 to play, Llwellyn sliced through the interior and finished for a crafty layup, giving Michigan the 79-77 lead, an advantage it never relinquished.

It marked a pivotal moment, especially considering the greater context.

The beginning of Llewellyn’s Michigan career has not quite gone as planned. In last Friday’s exhibition against Ferris State, Llewellyn managed just two points in 17 minutes. In the season opener against Purdue Fort Wayne, he again notched two points, this time in 25 minutes. But in both instances, Michigan didn’t miss a beat, dominating despite Llewellyn’s ineffectiveness.

On Friday, that wasn’t the case.