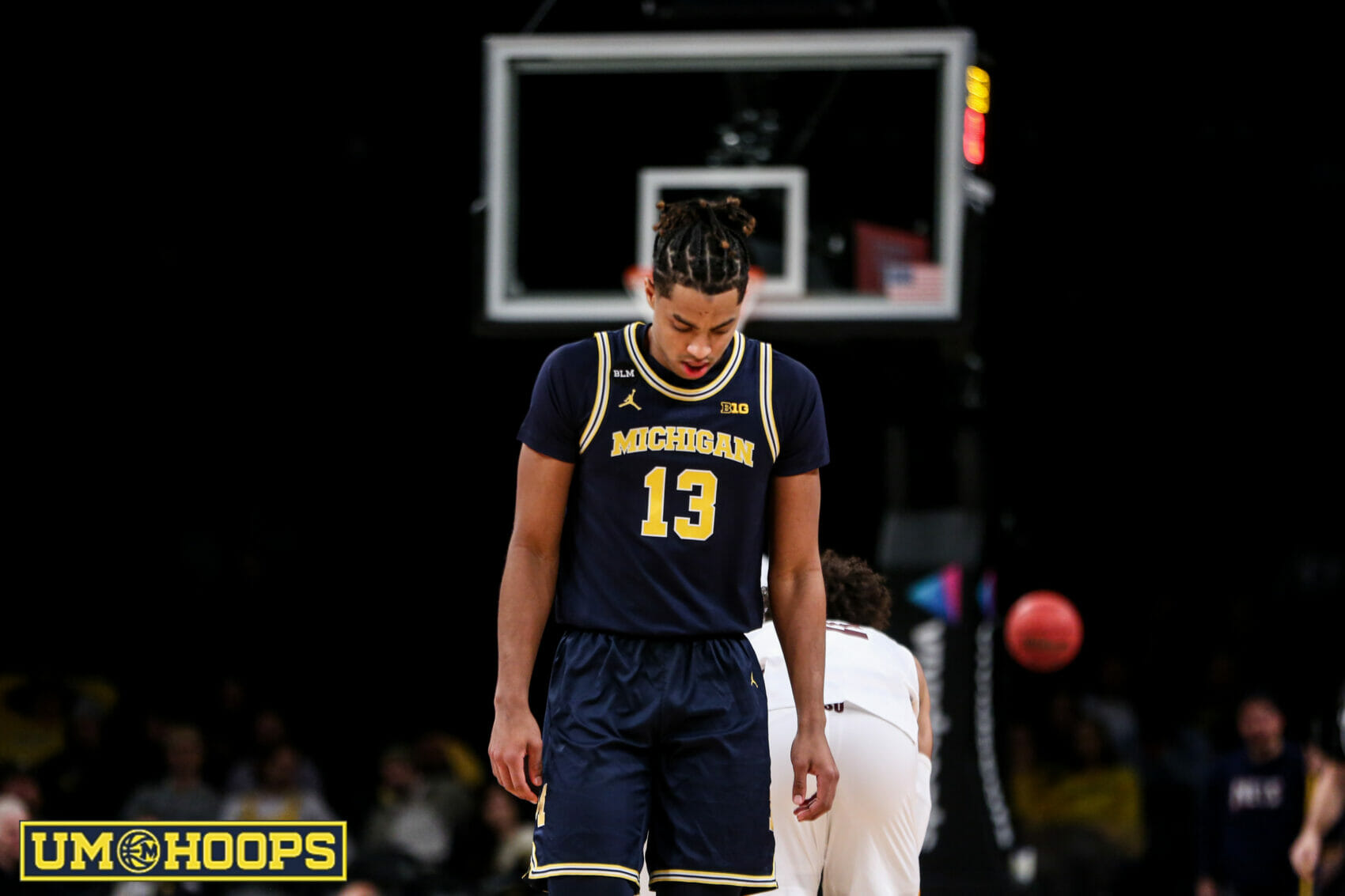 Michigan left the Barclays Center with the one thing you want to avoid in early November: a loss that shakes you to your core.

The Wolverines got run off the court by a team with one of those in the bag this season. A year ago, Michigan got blown out by Arizona in Las Vegas. That was a coming-out party for a national contender. This isn’t that.

Arizona State isn’t a national contender. It’s a team that already lost to a SWAC school and might make the NCAA Tournament.

That same team ran Michigan out of the gym in an outright drubbing. The Sun Devils played harder, were better prepared, and had a better plan. They also made a lot more shots.

Michigan mounted a small comeback in the opening four minutes of the second half, but the game was over as a competitive contest by the under-12 timeout. When the U-M scout team subbed into the game, there were only echoes and a few hundred fans left at the Barclays Center.

It was supposed to be an initial building block for a young roster, instead it was a humbling low point and a reminder of just how much work this team has to do.