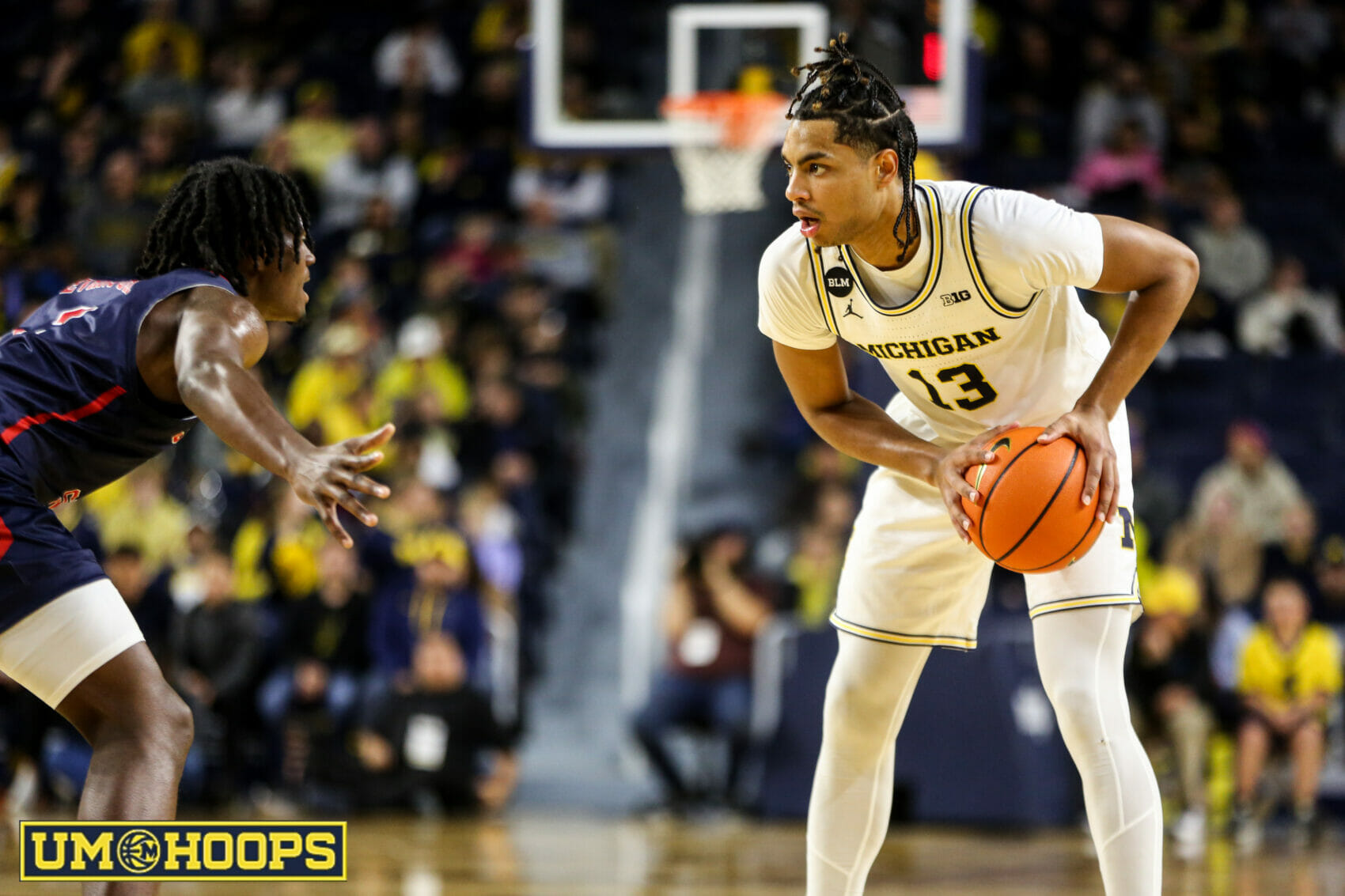 Michigan’s biggest issue isn’t that it isn’t playing well right now. It is that it hasn’t played well.

It’s one thing for a team to hit a lull or a down stretch of form. It’s far more troubling when it happens as the season begins.

It’s not hard to list what’s plaguing this group. You can start with confidence and shooting, or a defense making the same mistakes it made a week ago. It’s far less obvious whether there’s a better version of this team somewhere behind all of that.

The Wolverines can cling to a blowout win over Pitt as a sign of that upside, but that’s not saying much. Instead, this team keeps playing close games against bad teams and then swearing that it won’t happen again.

Michigan moved to 5-1 on Wednesday night, but faces in the press room told the story. This is a team that knows it’s playing poorly and seems to want to fix it, but doesn’t seem to know how. With games against Virginia and Kentucky next week, the time to start figuring that out was in October.