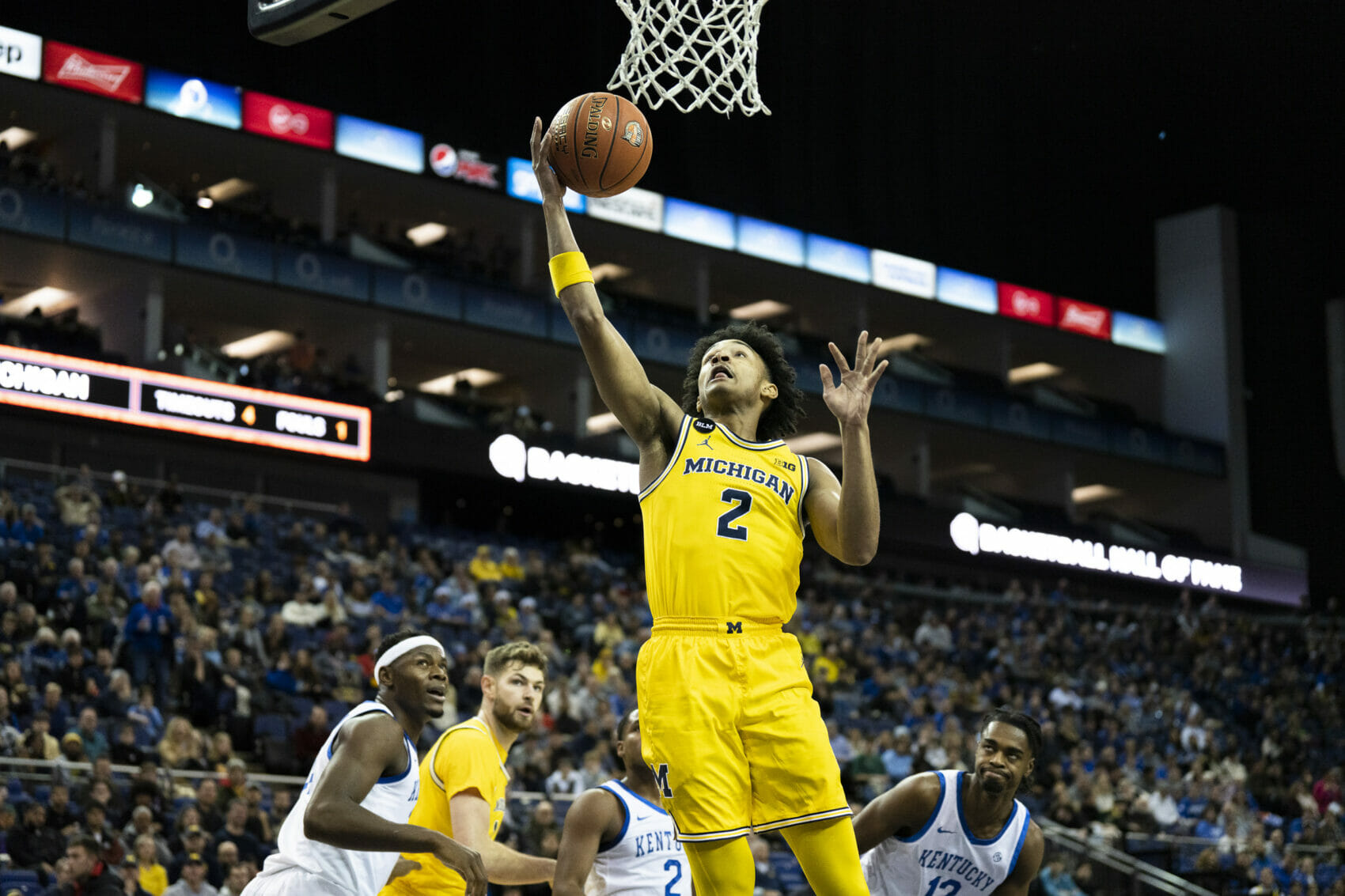 Everything Michigan wanted from its trip to London was there for the taking, only for it to all slip away again.

The Wolverines lost the game, but they also lost their point guard. Jaelin Llewellyn went down with an apparent leg injury with 8:40 to play and didn’t return (and was spotted on crutches afterward). Michigan kept fighting and chipping away at Kentucky’s lead but eventually fell short to a Cason Wallace dagger three with 1:12 to play immediately after Michigan had cut the deficit to two.

It was a play that summarized Michigan’s night. It was Wallace’s fourth three-pointer of the night (on four attempts), and it came off another timely offensive rebound by the Wildcats.

The Wolverines played two good games against terrific teams this week, but their only reward is a pair of losses, a long flight home, an injured point guard, and more questions than answers with Big Ten play looming on Thursday.