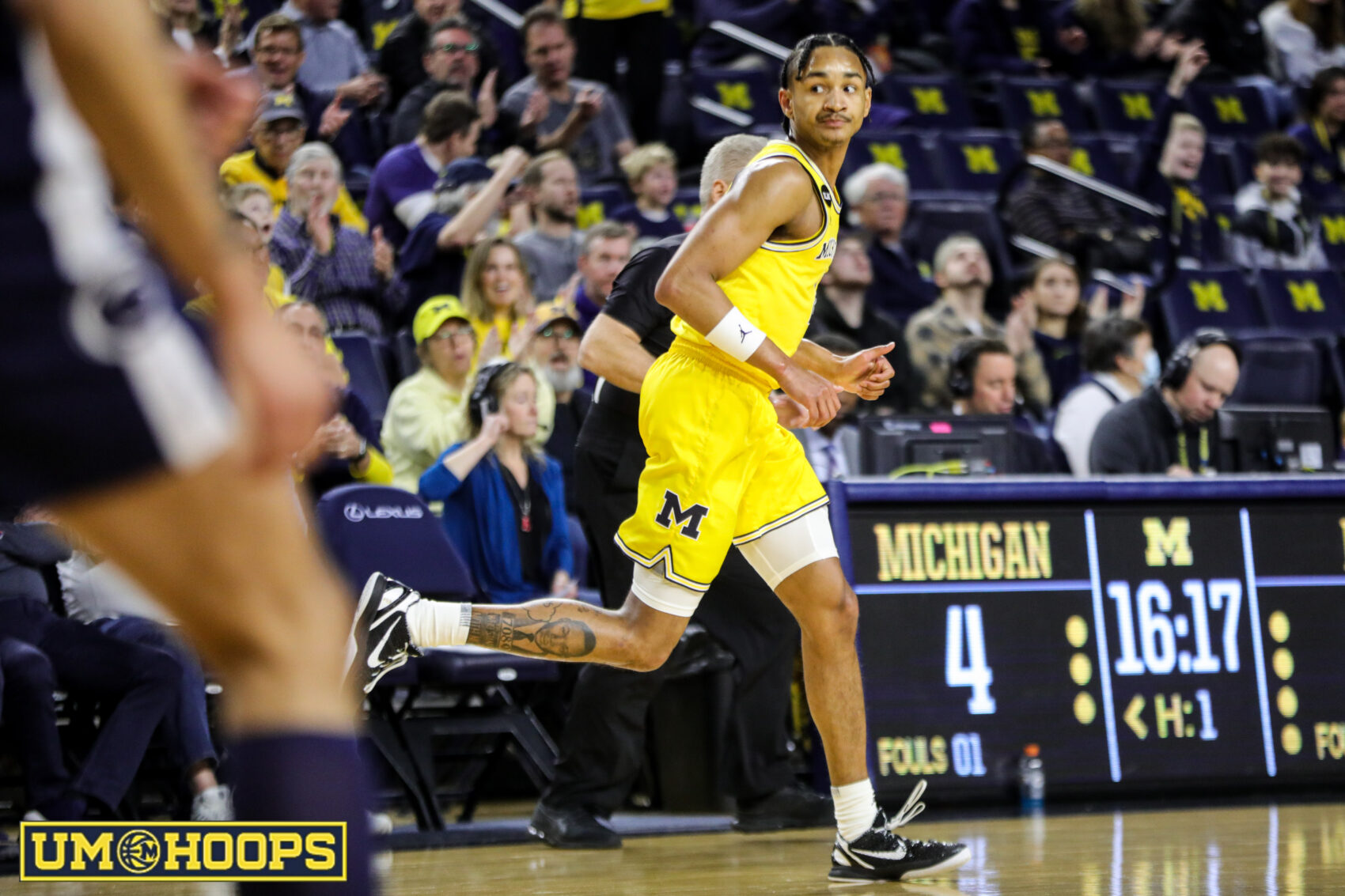 Michigan’s new lease on life in Big Ten play continued with a 79-69 victory over Penn State on Wednesday night. The Wolverines scored 1.2 points per possession for the third time this season to outlast a 26-point night from Jalen Pickett and move to 3-0 in league action.

It was a balanced night for Michigan as it played through Hunter Dickinson’s 17 points and six boards in the middle while riding timely performances from unsung contributors like Dug McDaniel, Terrance Williams II, Joey Baker and Tarris Reed Jr.

It wasn’t a perfect performance or a season-defining win, but it was the type of game that good Big Ten teams have to play at home against other competent Big Ten teams. The kind of night that we didn’t know this team had in its DNA as recently as six days ago.

Now, the question becomes how often they can repeat the same script.