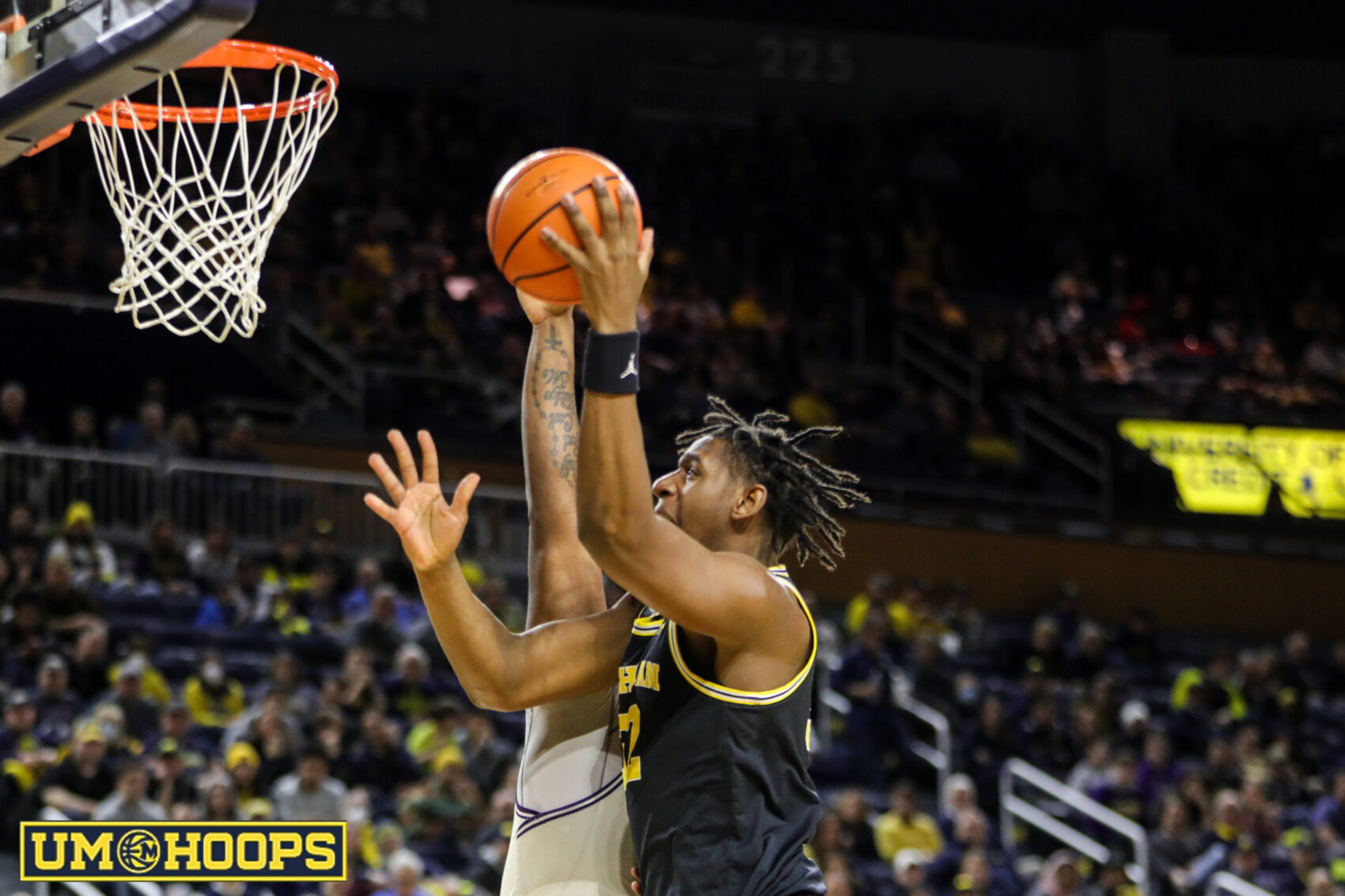 When Michigan sent Hunter Dickinson and Tarris Reed Jr. on the floor, some might’ve been caught off guard. Reed has been the backup ‘5’ all season, and the two have rarely shared the court together, and throwing him out at power forward was surprising.

It certainly seemed that way for Iowa’s Kris Murray, who scored only one of his 27 points with the towering big men sharing the court.

“I think the shock as much as anything got to Murray, like, ‘you’re putting a freshman big on me?’ ” Michigan associate head coach Phil Martelli said. “Well guess what young fella, look around. No one else has had any answers for stopping you.”

“With a player like that with such good pace and an offensive skill set that’s off the charts and his height, you have to take away his strength — and his biggest strength was his left hand,” Reed said. “Guarding him, I was able to try and deny, take away his left hand as much as possible when I was on the floor.”

And the success of that twin big lineup could mean Reed takes the floor a lot more for the Wolverines. Running Reed at the ‘4’ not only adds size and rebounding in the post, but it also expands the sets they can run at the other end of the court.