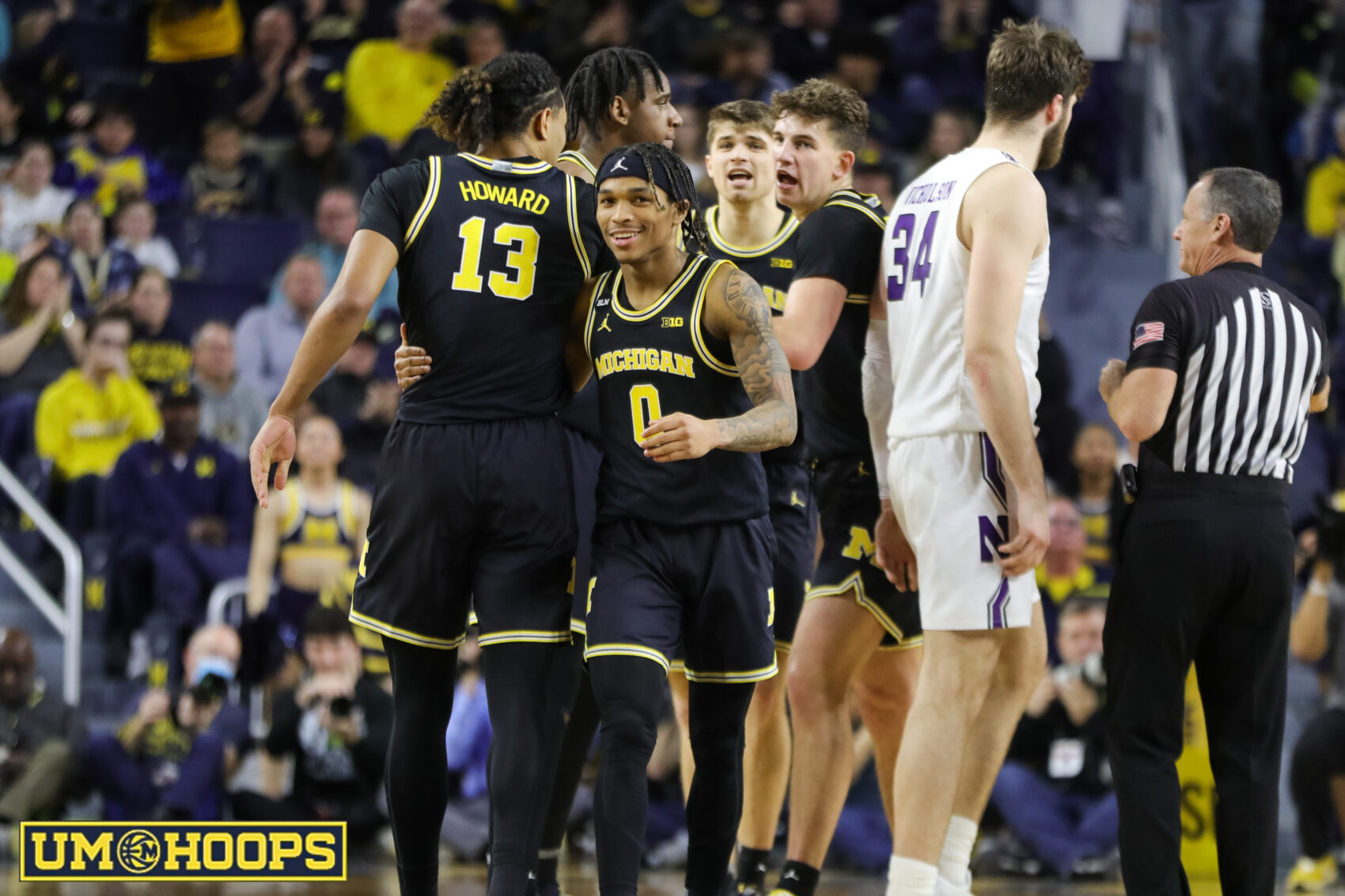 By the time the dust settled on Michigan’s 85-78 win over Northwestern, the Wolverines had plenty to be proud of — especially from their freshmen. Dug McDaniel put in a career-high 17 points. Jett Howard rocked a perfect 7 assists compared to 0 turnovers. Even Tarris Reed Jr. put up big minutes off the bench alongside Hunter Dickinson.

For raw talents thrust into the limelight so early, it was enough to make Juwan Howard reminisce. Way back — when he was in their shoes.

“I’m not that old, but when I was a freshman (with the Fab Five), our first game we had like 30 turnovers and we still won by 30,” Juwan said. “Now I’m not saying that we’re that good — those three freshmen are that good — but at times you’re gonna see my hairs start to turn a little bit grayer if you haven’t noticed it now because that’s a part of the growing pains.”

Growing pains in the form of 18 turnovers throughout the game, a blame shared by the whole lineup but symptomatic of inexperienced guard play. Even so, those young players — Jett, McDaniel and Bufkin — made largely positive contributions. They showed plenty of growth, getting back on defense and sharing the wealth on offense. It was about as much as anyone could’ve asked of them.

Even Northwestern coach Chris Collins could only tip his cap.

“Give Michigan credit, especially their young perimeter,” Collins leveled. “Those three kids — McDaniel, Bufkin and Howard going for 20, 17, and 16 (points) and 15 assists — outstanding performance from three young players in a Big Ten game.”