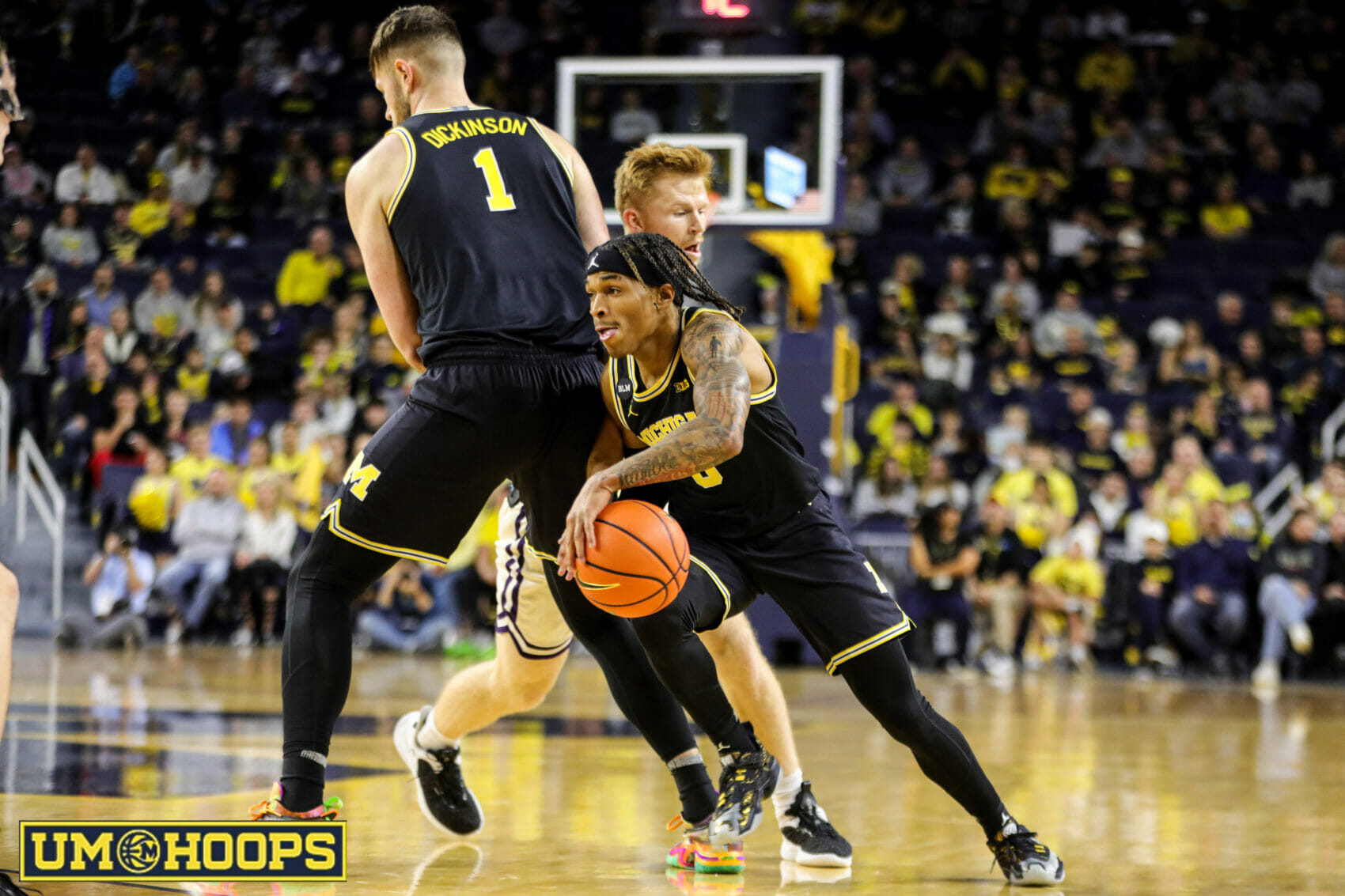 By the numbers: Michigan’s ball screen offense is flourishing despite inexperienced backcourt

Hunter Dickinson’s post-up scoring ability has drawn headlines for the last three years, but Juwan Howard’s offenses have been defined by their reliance on pick-and-roll play.

It sounds strange to say for a head coach who played in the post, recruits post-up players, and isn’t afraid to play multiple bigs at the same time, but for Howard’s offenses have to have an effective ball screen attack to reach their ceiling.

That makes it all the more fascinating that the Wolverines have been able to field impressive offenses despite Howard leaning on a different starting point guard in each of his four seasons.

This year’s story was supposed to be about how Princeton transfer Jaelin Llewellyn mastered Howard’s ball screen scheme. Instead, he went down with a torn ACL in early December, and a trio of 19-year-old guards were thrust into the spotlight.

Throughout all the chaos, up-and-down results, and close losses, Michigan has put together one of the best ball screen offenses in the country. The Wolverines check in at No. 7 in the country in points per game created out of ball screens, and their young guards have elevated their roles and games since Llewellyn’s injury.

Here’s a closer look at how they’ve done it.

By the numbers: Michigan’s ball screen offense is flourishing despite inexperienced backcourt