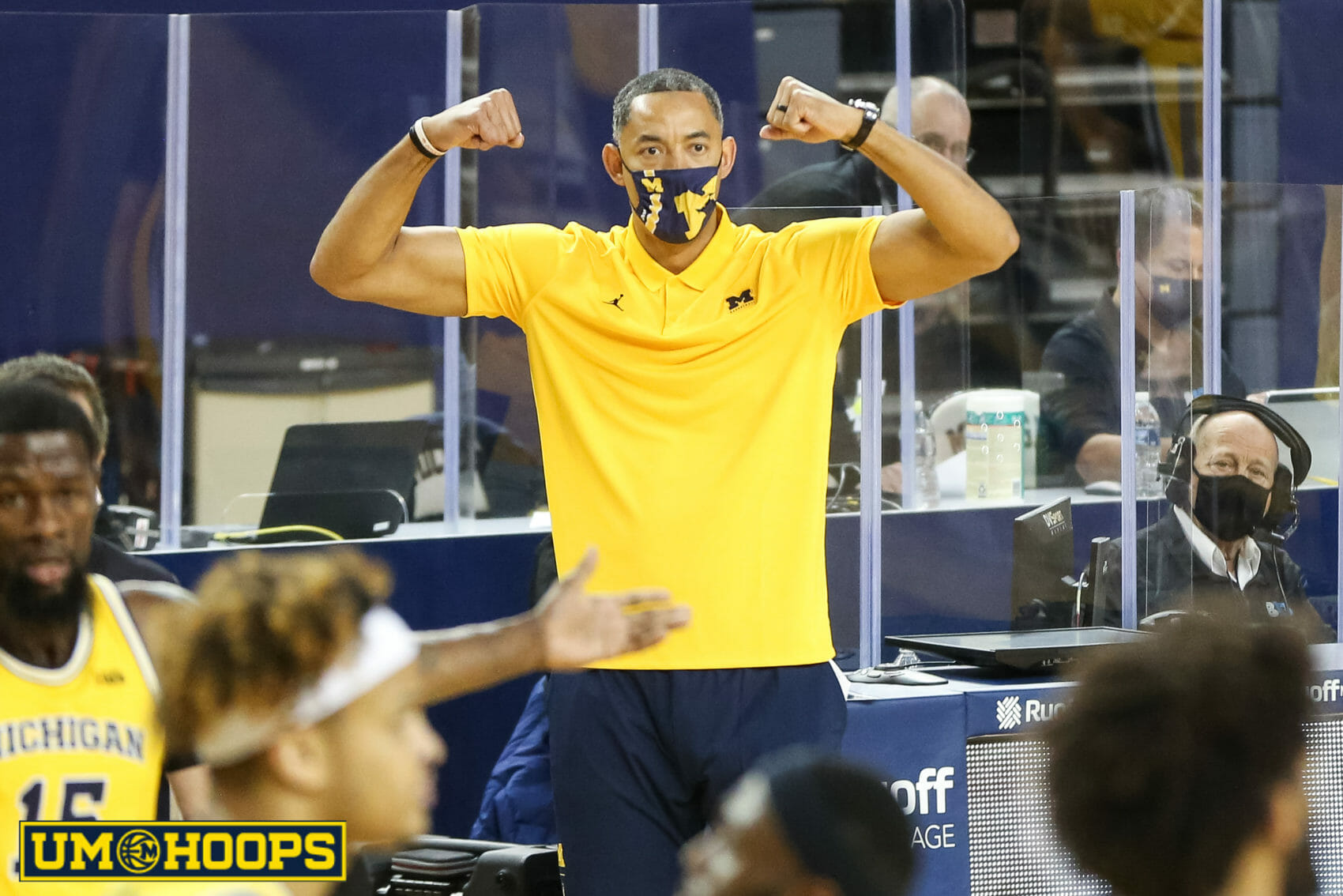 Michigan announced on Tuesday night that it had extended Juwan Howard’s contract for five years, through the 2025-26 season.

“I couldn’t be happier for our student-athletes and fans to know that Juwan will continue to lead Michigan into the future,” said Manuel, the Donald R. Shepherd Director of Athletics. “His great character is second to none, and he is a wonderful teammate — demonstrated through his commitment to proactive communication and collaboration across the department. Juwan’s love for this university is evident in all that he does, as is the joy he takes in the accomplishments of his student-athletes.”

“I’m honored to be regarded in such a way that the University wished to continue a lasting relationship with me,” said Howard. “It was a surprise when Warde approached me, and it didn’t take long for us to get on the same page. I’m grateful to him, our great University and my talented young men who sacrifice every day. The love I have for the University of Michigan is beyond words.”

Howard guided the Wolverines to a 23-5 record and a 14-3 Big Ten mark last season, helping the Maize and Blue claim its 15th conference regular-season title. As a result, U-M earned its second No. 1 seed in the Big Ten Tournament and on Selection Sunday, Howard’s Wolverines were named the No. 1 seed in the NCAA East Region — the program’s third No. 1 seed in history, joining the 1985 and 1993 teams. Howard also became the first person to earn a No. 1 seed as a player and as a coach in the NCAA Tournament.

At the 2021 NCAA Tournament, the Wolverines advanced to their fourth straight Sweet 16 after wins over Texas Southern and LSU, and after a victory over Florida State, U-M moved on to its fourth Elite Eight appearance in the last eight tournaments. Ultimately, U-M fell to UCLA in the Regional final.

For his efforts in 2021, Howard was named the Associated Press National Coach of the Year — the Wolverines’ second recipient and first since Bill Frieder in 1985. He also was the first Big Ten coach to be recognized with the award since 2005 (Bruce Weber, Illinois). The AP honor highlighted a slew of accolades as Howard was the recipient of the United States Basketball Writers Association (USBWA) Henry Iba Award as well being named National Coach of the Year by The Athletic and the Sporting News.

In two seasons with the Wolverines, Howard amassed 42 wins, helping him become the winningest two-year coach at U-M, passing his former coach and mentor Steve Fisher, who won 37 games in his first two seasons (non-interim).

The Chicago, Ill., native’s return to his alma mater for his first head coaching position came after spending six years on the coaching staff with the Miami Heat. Howard worked under Erik Spoelstra and helped the Heat win three division titles (2014, ’16, and ’18) and one Eastern Conference championship (2014).

Prior to beginning his coaching career, Howard had an accomplished 19-year NBA playing career capped off by winning back-to-back NBA championships (2012 & 2013) with the Heat playing with LeBron James, Dwyane Wade and Chris Bosh.