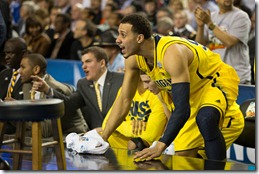 College basketball is back as teams around the country tip-off their seasons this evening. Here are some good reads from around the web that caught our eye on the season’s first day. (Photo: Dustin Johnston)