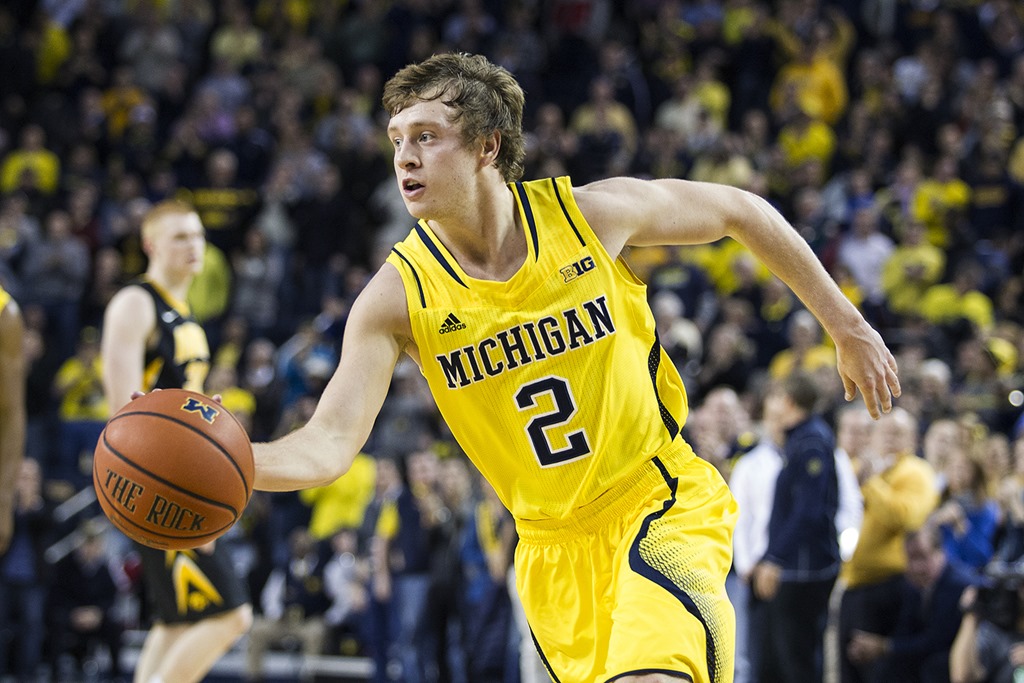 At his first media roundtable of the year Thursday afternoon, John Beilein just wanted to discuss his team.

But first, he issued an unsolicited vote of confidence for Dave Brandon and Brady Hoke, who have come under nationwide scrutiny for their handling of the concussion Shane Morris suffered in Saturday’s football game.

“If my sons right now were high school football players, I would love for them to play for Brady Hoke and his staff,” Beilein said. “I watched them, and I am convinced and certain that they, every day, have the best intentions and care deeply for their players both on and off the court.

“I know I’m speaking for all head coaches here as well — and I’m certain of this as far as their agreement with me on this — is that Dave Brandon has had incredible positive impact on this Athletic Department. He has been a great leader and mentor to so many of us in his transition here. … When Dave steps down one day — and I hope it’s later, rather than sooner — that is going to be a tremendous loss for this University.”

Then, he paused, surveyed the media room at Crisler Center, and smiled.

It’s no secret Beilein and the Wolverines have a daunting task ahead of them in replacing five players who combined for more than 100 starts from last year’s roster.

After suffering the penalty for success and losing Nik Stauskas, Glenn Robinson III, and Mitch McGary to the NBA, junior Spike Albrecht is suddenly the oldest player on a very young team.

And Beilein hinted that the offseason’s biggest improvements might come from Albrecht, who has impressed the eighth-year Michigan coach.

“He has had probably as good a fall of anybody that we’ve had,” Beilein said. “I’ve encouraged him to shoot more. If anybody saw him at Crown Point, he was a scorer who could play point, not a point guard who could score.

“We need him to shoot from deep.”

Albrecht could feature more heavily in an offense that Beilein called “versatile” but could still be searching for go-to scorers.

As Beilein noted, Albrecht has been competing with Derrick Walton, a member of the 2014 All-Big Ten Freshman Team. The coach mentioned that the sophomore has improved in all facets of the game, attributing some of the improvements to the guard’s participation in Jon Sanderson’s ‘Camp Sanderson’ summer workout program.

“[Albrecht] is playing every day against a young man, Derrick Walton, who has made a great leap in his physical talent, his shooting ability, his understanding of college basketball,” Beilein said.

The coach challenged Walton in the offseason to use his improved speed and strength to become more aggressive, and it has paid dividends in practice. At times, Beilein said, the guard looked like Trey Burke had returned and donned a Michigan uniform.

“He’s had a few moments where he looked like No. 3 out there, pulling up for a jump shot and just really playing a nice in-between game,” Beilein said. “Think score, then pass more often than he did last year.”

As for the leaders on this year’s squad, Beilein pointed squarely at Albrecht, but also at LeVert — known as one of the Wolverines’ quietest players. Beilein explained that LeVert’s humble attitude commanded respect from Michigan’s six new freshmen.

“On the court, those two have really shown as good of leadership as we’ve had up to this point,” Beilein said, adding that Bielfeldt would be included in that list had he not missed the summer recovering from hip surgery. “Now, once again, we’ve got a long season, but there’s no question that they are in charge of this team right now.”

The Wolverines suffered a rash of injuries in the offseason.

LeVert underwent surgery for a stress fracture in his food, Bielfeldt spent significant time recovering from a hip operation, and DJ Wilson missed more than a month with a broken finger.

Fortunately for Michigan, all three have recovered in time that Beilein hopes to have all 15 players available for Saturday’s two-and-a-half hour opening practice.

“We just got through a little nagging things that I don’t even think are worth mentioning,” Beilein said. “Nothing with Caris, I can say that.”