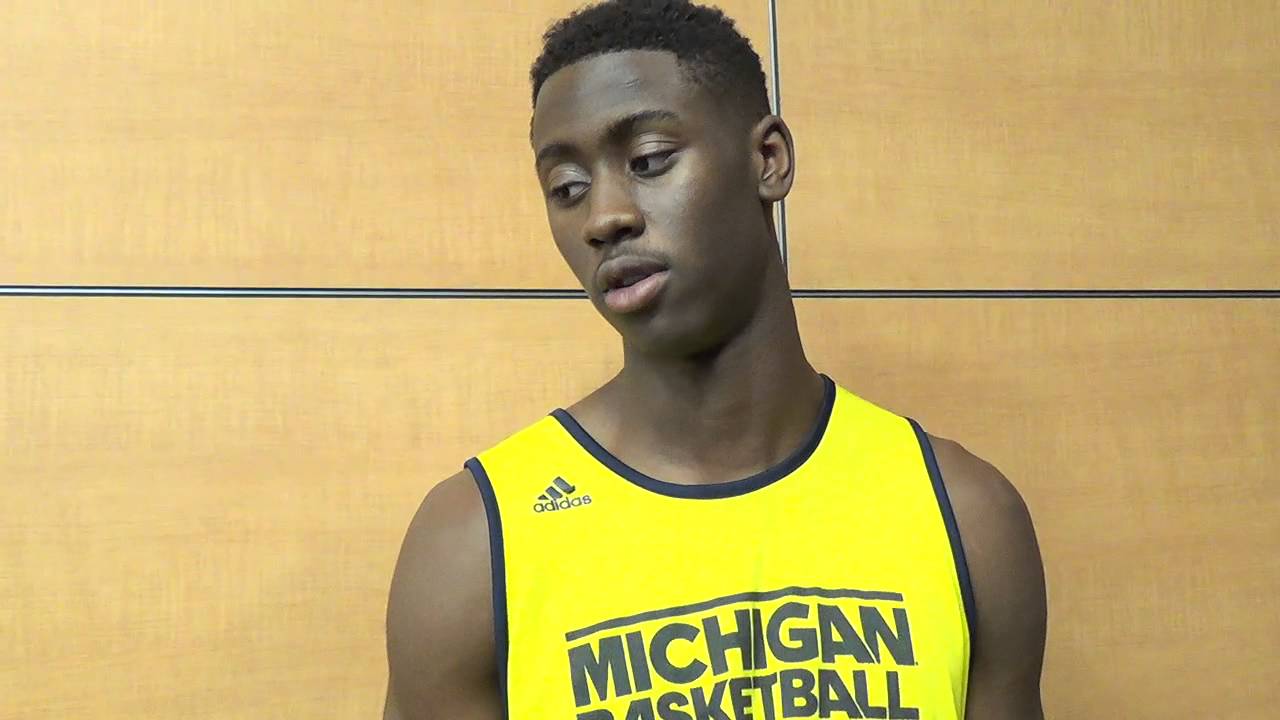 Michigan players met with the media this afternoon in Ann Arbor to preview the upcoming season. Watch Caris LeVert, Spike Albrecht and Zak Irvin’s interviews in the embedded media players below.

On the excitement for Saturday’s first practice … “We’re really looking forward to it. We practiced a bit before Italy, but to know that the season is here is an exciting thing.”

On the young team … “We have a lot of young guys; we’re a growing team. Each and every day we’re just trying to get better and learn more and maximize our potential. They’re an eager group to learn and they’re really athletic and energetic and they’re ready to get going.”

On his injury recovery … “I probably got back to 100 percent about two weeks ago. (In Italy) it was more that my conditioning wasn’t all the way back yet, but I’m back now.”

On the trip to Italy … “It was definitely good for our young guys to get their feet wet a little bit and get some jitters out. Just being over there and being aggressive will really help us out going forward as we start the season.”

On what excites him about this year’s team … “I think people will have a lot to like with our freshmen, and the versatility they bring. We have a lot of length and athleticism this year and it’s exciting to be a part of.”

On the excitement of playing in front of Crisler Center fans … “It’s going to be an awesome night when we open the season. The fans have been great for us since I’ve been here and we’re looking forward to getting out there and playing in front of them.”

On where he focused his efforts this past summer … “I focused on continuing to develop my body. I also continued to work on my offensive game, trying to stretch defenses with my shooting and things of that nature.”

On the benefits of the Italy Trip … “The biggest thing was getting live game experience playing against someone other than ourselves in practice. Also getting out there and bonding with teammates, creating good team chemistry.”

On the opportunity to play, come home and evaluate the overseas performance before the season starts … “It’s great, and that’s what we needed with this year’s team because we have a lot of inexperienced guys, a lot of freshmen. Being able to get them accustomed to being out there playing real games, then having the opportunity to come back here and evaluate what we need to improve on before we head into the regular season was a huge advantage.”

On freshman Ricky Doyle … “Ricky Doyle is a great big who is playing really well right now. He’s able to finish with his right hand or his left hand and is also a big guy down low. Coming up here early and spending the summer her has also helped his game a lot, being with Coach Sanderson.”

On what Coach Sanderson brings, especially for those who stay for summer term … “We all had the choice and opportunity to stay here, and I thought it would be best for me in terms of my development as a basketball player, whether that be agility drills or being in the weight room. When we’re in the weight room, there are no days off and no slacking. We’re giving it 110 percent every time we are in there.”

On making the transformation to a more well-rounded player … “I don’t want to be one-dimensional like I was last year, being just a shooter. I want to be able to shoot the ball from the outside and score easy baskets as well.”