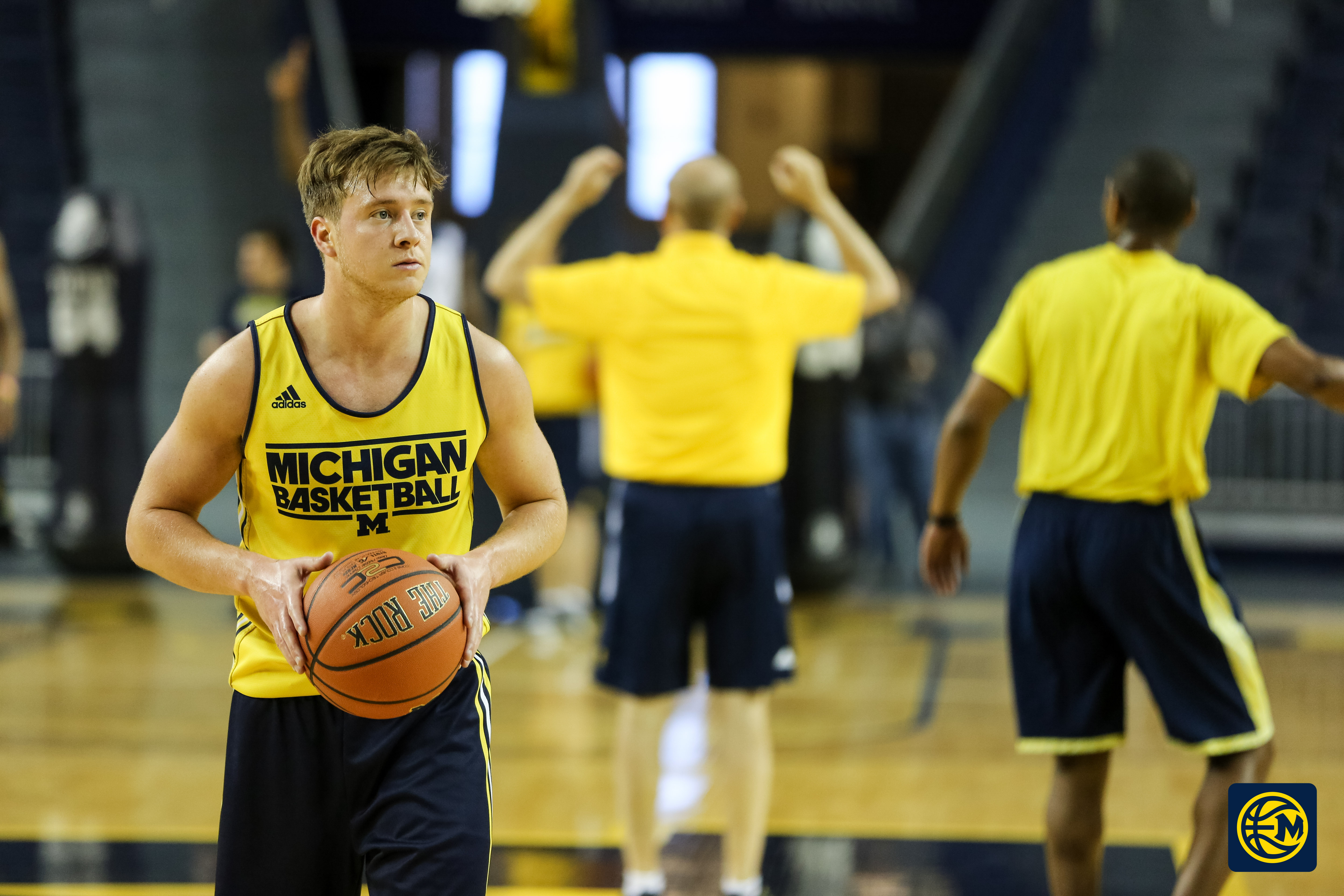 Spike Albrecht will play in Michigan’s exhibition opener on Friday evening while junior wing Zak Irvin will sit as he recovers from back surgery.

Spike Albrecht will play in Michigan’s exhibition opener on Friday evening while junior wing Zak Irvin will sit as he recovers from back surgery.

Albrecht underwent surgery on both hips this offseason and has been improving steadily.

“It’s tough to tell right now,” John Beilein said at Michigan Media Day two weeks ago. “He’s not where he probably was when he was playing at his best. The hip surgery is still maybe restricting him a bit more than it will in another month. It’s not injury it’s just flexibility and soreness that he’s getting rid of.”

Beilein admitted today that Albrecht still isn’t 100% and is “further away from being fully healthy than he probably wanted to be” at this time, but he’ll get at least a few minutes on Friday.

Irvin underwent back surgery in early September and was expected to miss 6-8 weeks. He’s been practicing in limited capacities when media or the public has been allowed into Michigan practice over the last several weeks.

Michigan opens the season next Friday against Northern Michigan at 7:00 p.m.