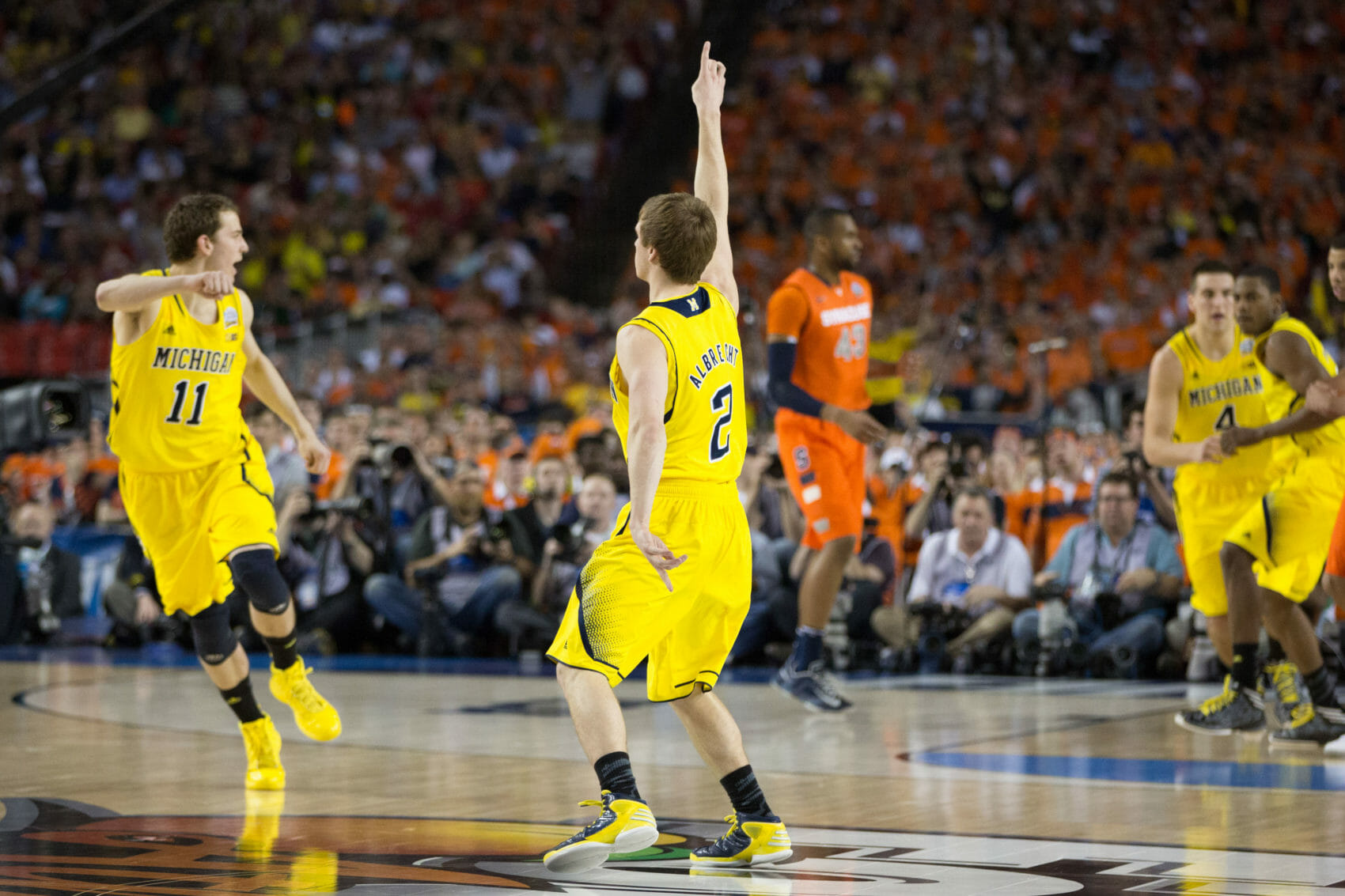 When the five-member, “Fresh Five” recruiting class first set foot on Michigan’s campus in the fall of 2012, discussion surrounded championship rings, banners and maybe even NBA careers down the road.

And for the first time in two decades, it was believable. The Wolverines had their largest, most talented and complete recruiting class since the Fab Five in 1991, and the quintet of Mitch McGary, Glenn Robinson III, Nik Stauskas, Spike Albrecht and Caris LeVert not only had a chance to bring Michigan basketball to new heights, it was almost expected to.

“They’ve come in here and picked up the offense pretty quickly, even though the coaches are only showing a glimpse of what it will be,” said then-captain Josh Bartelstein in October, 2012. “They can just start playing and not think about all the things they’ve got to do.”

And despite lofty expectations, the five exceeded them almost immediately. The group played a key role in leading the Wolverines to the NCAA Championship game in 2013 and an Elite Eight in 2014 — resulting in Robinson, Stauskas and McGary all realizing their NBA dreams two years early.

Even with injury-riddled seasons in 2015 and 2016, the 95 wins and counting over the past four seasons puts the group in elite company in Michigan’s history.

“I thought this was just what college basketball was like,” Spike Albrecht said of his first two years in Ann Arbor. “I thought it was just a walk in the park, we’re going to win a lot of games, not much adversity and everything is going great when you’re winning.

“But then I think last year and this year were a little bit of a reality check, face some adversity, guys get injured and things like that.”

But for all the expectations the group met, no one expected that, in the Wolverines’ regular-season finale against No. 16 Iowa on Saturday, not one member of the heralded class would be playing in their senior day.

Some of that — leaving early for the NBA — is good luck. Some of it — McGary’s sophomore season-ending injury and collegiate career-ending drug test, Albrecht and LeVert missing most of the past two seasons to numerous injuries — is bad luck. Either way, the Wolverines’ tribute to the class will go toward well-dressed players confined to cheering on their team from the bench.

“I think about it all the time,” Albrecht said Tuesday. ” ‘Can you imagine if my class was still here?’ ”

Michigan coach John Beilein does, or at least he did when he put the class together.

Pulling out all the stops with plenty of program momentum and scholarships to spare, Beilein and his staff reeled in their best recruiting class ever that featured a mix of star players, role players and under-the-radar future stars.

The talent was obvious from day one, but Beilein also pegged the class as a four-year project.

“That year, we were recruiting guys to be here for four years,” Beilein said at Big Ten Media Day in October. “Mitch was the only one that we felt probably wasn’t a four-year player at the time. I underestimated their DNA.”

The four-year plan got abbreviated, then it took a beating. Finally this week — when LeVert announced he would shift his focus on getting healthy for the NBA Draft instead of returning this season — the plan was put to rest.

Attrition happens more now than ever in college basketball, and Albrecht sees that a senior-less senior day isn’t unique.

“I feel like every team in college basketball could probably say that,” Albrecht said when asked about the idea of having the fresh five for four years. “What if the Dukes and Kentuckys had their teams too? There aren’t enough basketballs to go around. But it would be really cool.”

Of course, Beilein’s teams are no longer strangers to lacking upperclassmen. When the Hawkeyes come to Crisler Center Saturday, they will bring four seniors that have started every game this season. By comparison, the Wolverines have had just two such players in the past four seasons combined.

For the past three seasons, youth and health have been glaring weak points for Michigan, and this season is no exception. Because of it, the success of this season, once hypothesized to be the pinnacle of the Fresh Five’s success, instead hinges on Saturday’s finale and the Big Ten Tournament.

And the two players most capable of saving the season will be confined to street clothes as their Michigan careers end on the bench.

“That’s a huge blow to the team, a lot of people don’t see that,” LeVert said of the injuries. “We’re the two oldest guys on the team, we’ve had the most experience on the team, we’ve played in the biggest games. I think we’ve adjusted well to those circumstances.

“(But) I really think Spike and myself could have helped the team out had we been healthy.”

Across the country, teams at the top of the polls carry seniors, and those seniors carry them. Michigan State, Oklahoma, Virginia, North Carolina all start multiple seniors, and ride their coattails to championship contention.

The seniors on those teams have spent season after season growing and improving, realizing their full potential as a group. Michigan saw a lot from the Fresh Five — even the aforementioned rings, banners and NBA careers proposed on Day 1 — but it never got to see that.