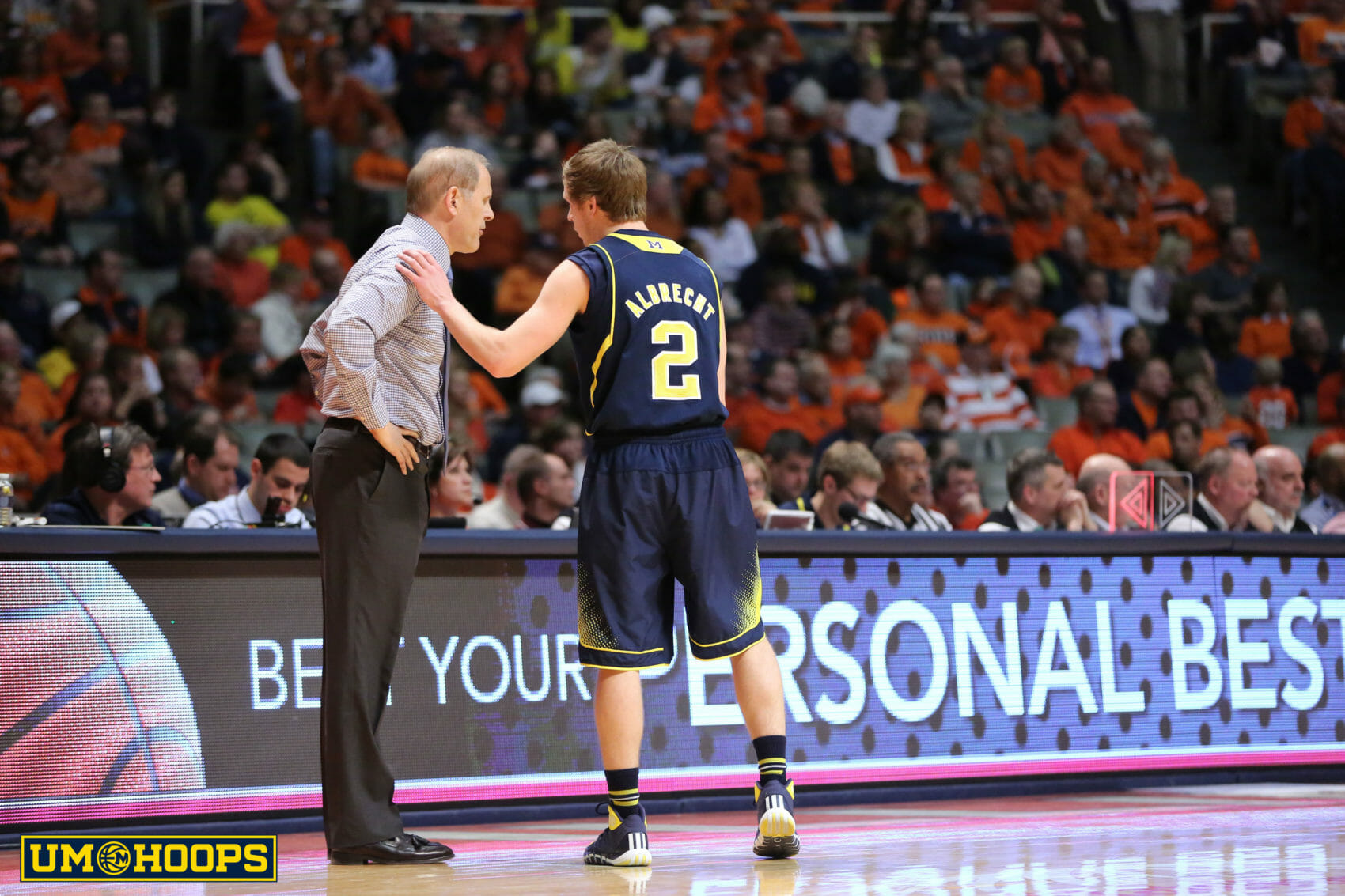 Michigan head coach John Beilein joined Matt Shepard on WDFN this morning to discuss the news that Spike Albrecht will pursue a graduate transfer and much more.

“As graduation day approaches here, I think it’ll come in on us on what his four years were like, what it could have been,” Beilein said of Albrecht’s impending graduation and transfer. “The big thing is that these four years I’ve become and better coach and he’s become a better man.”

Beilein said the most important loss will be Albrecht’s leadership, something that was evident this season even when he was sidelined and something that is sometimes hard to detect when recruiting.

“You look for some of that (on the recruiting trail), some of it is very obvious,” Beilein said. “You have to teach it too. You’ll see a guy like a Zack Novak during a high school game, but you’ll see other people who that’s not natural to them. You teach leadership no matter where you are coaching.”

Beilein also discussed the scholarship crunch on the roster and what might come next. The head coach admitted that the roster hasn’t been worked out quite yet, but that he still has a plan moving forward.

“No, but we are still in meetings with everybody,” Beilein explained. “We are trying to let everybody breathe, look at our team, our roster and be as transparent as we can with our team as we move forward. We have a really good class coming in, however we have some really good returning players.

“We have plans that I think will come forward or the plans can change as young men make different decisions.”

The Michigan head coach also urged fans to have patience with some of Michigan’s players who haven’t developed as fast as some might have hoped.

“Age has something to do with it, but players develop at different rates,” he said. “It’s as simple as that. Everybody wants to get great recruits, but what if the best recruits are the ones that don’t get better over time?”

Asked what he thought the roster lacked, Beilein immediately harped on the need to add defensive ability to the mix.

“Our biggest thing right now is that we need a bunch of guys or a couple of guys that can be defensive stoppers,” he said. “Just stoppers. It’s become more and more of an isolation game, people are trying to find mismatches like crazy so you need guys that can shut down a great player.”

Beilein admitted that recruiting defense can be harder than offense because of the intangible skills required to be a good defender beyond great athleticism and quickness.

“There are guys with elite quickness, but they don’t see the next play coming,” he said. “They’ll get screened by the same guy twice.”

One player who developed defensively this season was freshman big man Moritz Wagner. Wagner was buried on the depth chart behind Mark Donnal and Ricky Doyle through much of the conference season, but re-emerged in the NCAA Tournament as a playmaker.

“I think that defensively he became much more aware of what he had to do,” Beilein said of Wagner. “His body as we worked on it during the season wasn’t ready for some parts of Big Ten play defensively. He started to understand defense, but fouling was still an issue as we saw in the last game. The game is slowing down for him defensively and that’s huge for him because we knew that his skill level  could help us down the road.