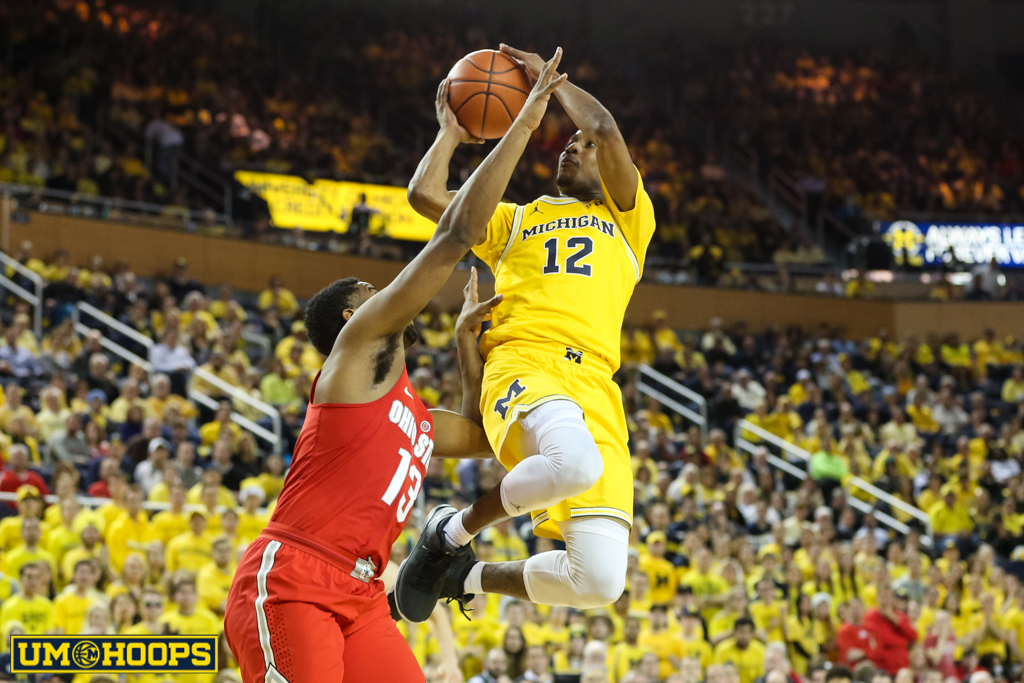 Abdur-Rahkman is a consistent producer. Can he take his game to a higher level in his final season?

In a game last December against Maryland Eastern Shore, Duncan Robinson accidentally started instead of Muhammad-Ali Abdur-Rahkman. It was a clerical error; an assistant coach had mistakenly written Robinson’s No. 22 instead of Abdur-Rahkman’s 12 in the book. It was harmless and humorous, but also symbolic of Abdur-Rahkman’s place in the Michigan program: an important contributor who is sometimes forgotten.

That game was the only one last season that Abdur-Rahkman didn’t start. He’s started 75 games in his career. If he stays healthy and Michigan can make another postseason run, the senior could sneak into the top 10 in Michigan’s history in that category.

You don’t get there without producing. As a freshman, Abdur-Rahkman was used more heavily than John Beilein would have liked. Injuries to Caris LeVert and Derrick Walton turned Abdur-Rahkman from a rarely-used reserve to a starter for the final seven weeks. The shooting guard proved to be a good defender and capable driver.

He elevated his game as a sophomore for an NCAA Tournament team, improving his shooting percentage inside and outside the arc. He did so again last year, shooting 53 percent on two-point shots and 38 percent (42-of-111) from three. Synergy Sports data shows he was an effective one-on-one scorer and reliable catch-and-shoot guy. 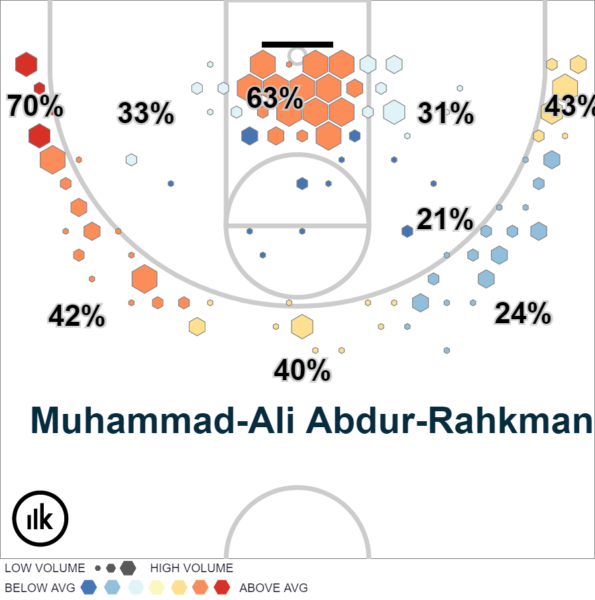 Abdur-Rahkman struggled with his outside shot to start the season but heated up early in Big Ten play. During a 16-game stretch, he shot 23-for-43 (53 percent) from deep. It coincided with a talk from his coaches urging him to give just a little more effort. The Feb. 22 game at Rutgers stands out for how hard he ran the floor. He’s a good screener, which often frees him up for open shots in Michigan’s offense.

Beilein has always wanted more from Abdur-Rahkman as a distributor. He tallied 10 assists in the aforementioned Maryland Eastern Shore game, but it proved to be a major aberration (He had just 60 in Michigan’s other 37 games combined). The ability to drive to the hoop and look for something other than your own shot is a rare trait. If the 6’4” Abdur-Rahkman can improve a bit in that area, it would help the Wolverines.

In the past, he hasn’t had another player nipping at his heels for playing time. “We want guys to play with idea that someone might catch them,” Beilein said last December. “You’ve got to play for your job every day. That hasn’t necessarily been a motivator for him because he looks behind him and there’s nobody there.”

Whether that has affected his development will never be known. And while there are perhaps more candidates than a year ago, it remains to be seen how much he’ll be challenged by teammates. Abdur-Rahkman, 23, doesn’t show much emotion on the court and that adds to his tendency to go unnoticed. But if the box score shows him with double-digit points, plus a few rebounds, assists, and steals—as it often does—there’s nothing wrong with blending in.

Quotable: “I think he brings a maturity right now. He has watched the other guys—Derrick Walton would be a great example—finish their career going this way (upward) because of the work they did not in the season. I think that he has put in one of his better if not best offseasons. … He’s all in…to have a great, great senior year.”—John Beilein (10/4/17)

Best-case scenario: Abdur-Rahkman starts every game even though there are others capable of taking his spot. He asserts himself offensively, both as a penetrator and spot-up shooter, and is a lock-down defender on the perimeter.

Bottom line: He is not going to lead the team in scoring or any other major category, but he is very consistent. Most any coach in the country would sleep well at night knowing he has a player like Abdur-Rahkman returning for his senior year. The only question is whether he’s poised to be a role player once again in 2017-18 or is ready for a breakout senior year.