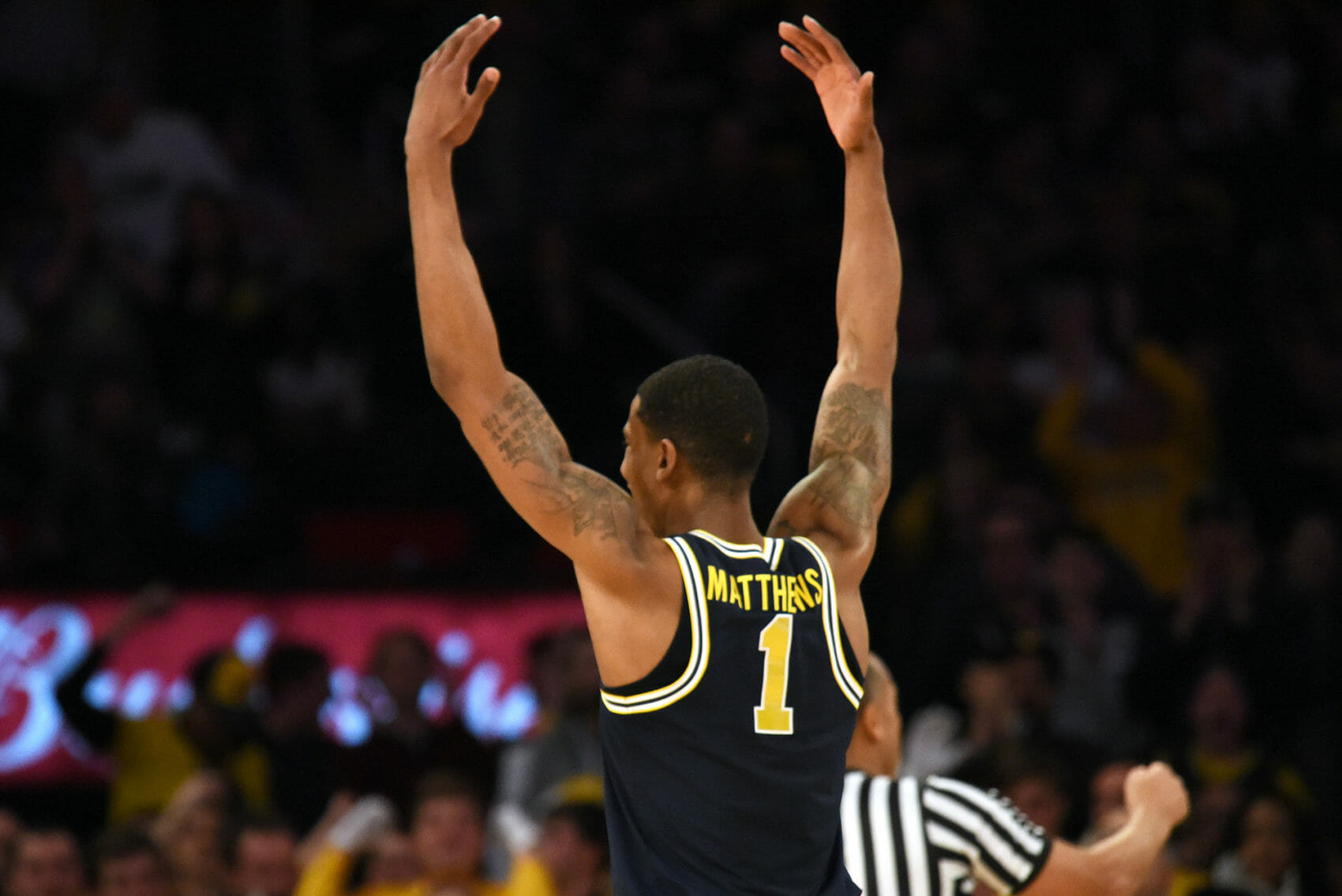 If you go back and read the scouting reports — whether from 2015, when Charles Matthews was a four-star recruit out of St. Rita High School or from this October, when he was about to don a Michigan uniform for the first time — you’ll notice things haven’t gone exactly according to plan.

Matthews was heralded as a scorer whose athleticism could change an offense. A driver who could create off the bounce. A slasher who could get to the rim at a moment’s notice. His defensive ability, well, everyone knew it would be good, but often took until the bottom to garner a mention.

And at the season’s beginning, Matthews’ role reflected that. It didn’t work. Not for him. Not for Michigan’s offense.

Though Matthews’ defense was helping transform the Wolverines on one end of the court, struggles on the other bogged down John Beilein’s machine-like system. Matthews couldn’t drive without stopping to think what he’d do next. He couldn’t finish off two feet instead of one, a must in Beilein’s system. He was scoring, but scoring ugly and Michigan’s output reflected it.

“Beginning of the season, I was more outside the (offense), you know,” Matthews said. “I was scoring more but I was really — I wasn’t running the offense as efficient as I could’ve been.”

Added Moritz Wagner: “I think in the beginning of the season me and him were kind of caught up in forcing it too much a little bit, both of us. And (we) had to settle down a little bit.”

Toward the end of the season, something clicked.

Matthews realized his limits — and played within them. Defense and rebounding became his calling cards.

While Zavier Simpson stole the show by dominating Cassius Winston at the Big Ten Tournament, Matthews limited Miles Bridges for most of the game, then helped foul out the future lottery pick. He went face-to-face with Nick Ward and set the tone before the first media timeout. He grabbed a handful of rebounds in every game as well — a consistent trend throughout the year — helping buoy the Wolverines on the glass against teams that were bigger and better, at least in theory.

When it came to scoring though, Matthews took a lesser role.

In the five games leading up to March Madness, Matthews’ usage rate has hovered around 17 percent, per Bart Torvik, well below his season average of 25.3%. He used under 20% of Michigan’s offensive possessions in all four games in New York City, something he hadn’t done in a Big Ten game since January 6th. 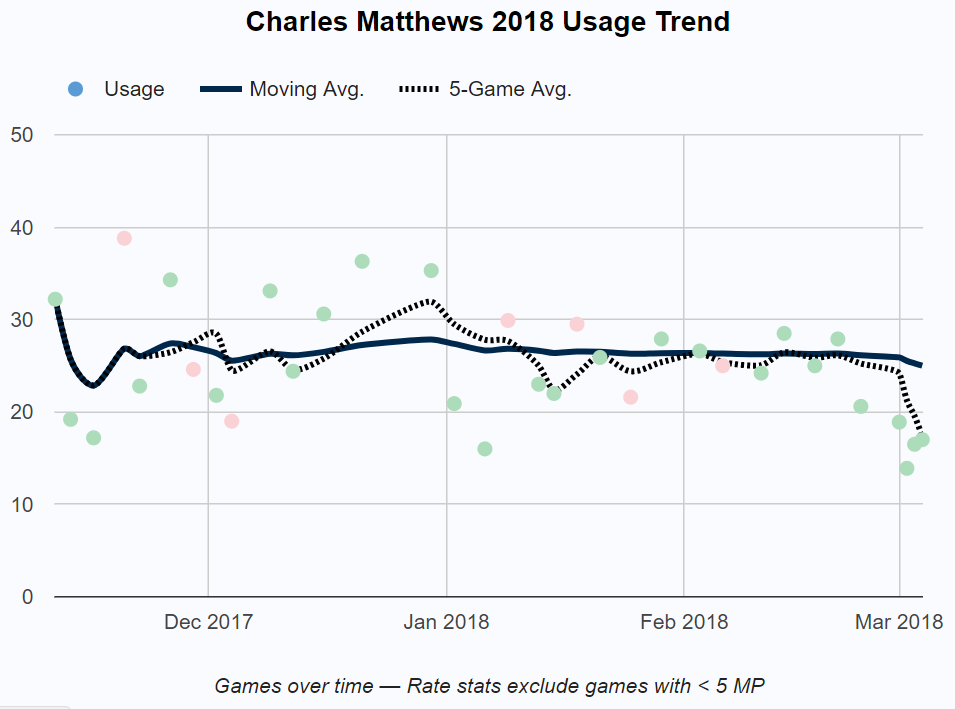 Matthews has also been more efficient in that role. He posted an offensive rating over 100 in four of Michigan’s last five games. He had managed to post that baseline level of efficiency in only 4 of his 15 games leading up to that stretch.

Likewise, the Wolverines’ offense has seen an uptick — along with everything else.

That’s not to say less of Matthews equals a better offense. It’s to say that Matthews is now perfectly aware of what his job is — something he spent the better part of the season trying to figure out — and Michigan’s output has reflected it.

Now, he can lead, and do so with credibility.

Last year, on the scout team, Matthews was quiet. He felt he was just going through the motions, taking any shot he wanted during practice and shootarounds as if they were open gyms. That not only created growing pains when it came to learning Beilein’s system, it prevented him from being a voice within the team. Though he’s certainly not as loud as Zavier Simpson, that has changed.

“He’s not gonna have the loudest voice,” added Isaiah Livers, “but his voice is gonna be heard.”

Matthews’ athleticism is as good as advertised, but it’s translated into different results than anybody expected. Though he has scored at a solid clip, Matthews’ biggest contributions of late have been elsewhere, even within the offense.

“He comes off the ball screen and finds open men that I don’t even see open,” Livers said. “He’s working way better on — coach talks about it all the time — landing on two (feet), slowing down and finding the right man.”

Matthews’ assist rate doesn’t pop off the page, but 17.3 percent is nothing to sneeze at. Watch the Wolverines now and you’ll notice the constant movement that should be associated with every Beilein team by design, but wasn’t with this one until recently. Matthews is as much a part of that turnaround as anyone.

“What he understood really quickly is that it’s not over, we both gotta — all of us — gotta improve day-by-day,” Wagner said.

Now, when asked about playing for Beilein — and understanding all that comes with doing so — Matthews replies, “I think I got it good, the gist of it.”

That much has never been more clear.