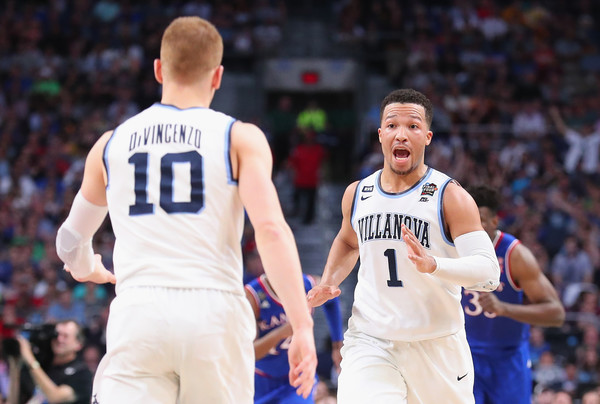 Michigan and Villanova have been the have been the two best teams in the country since February 1st. Now they’ll play for a National Championship on Monday night (9:20 p.m., TBS).

Michigan and Villanova have been the have been the two best teams in the country since February 1st. Now they’ll play for a National Championship on Monday night (9:20 p.m., TBS).

Villanova reached No. 1 in the polls by the sixth week of the season while it took 11 weeks for John Beilein’s team to even crack the top 25.

National Player of the Year Jalen Brunson started as a freshman on Villanova’s 2016 Championship team. Moritz Wagner played 8.6 minutes per game for a Michigan team that barely made the First Four that year.

The Wildcats feel like a team that was destined to reach this point while Michigan has steadily built its way to this stage brick-by-brick largely without any attention.

Villanova is favored and has the better players on paper — all five Villanova starters have better offensive ratings than Michigan’s starters — but there are just 40 minutes separating either team from the ultimate goal.

The Wildcats are ranked 1st in the country in effective field goal percentage at 59.6%, making 59% of their twos and 40% of their threes while attempting almost half of their shots from beyond the arc. Villanova has an offensive profile that looks like the best Michigan teams: lots of 3-point attempts, lethally efficient inside the arc, low turnover rate and not much free throw shooting or offensive rebounding.

All five Villanova starters are elite 3-point shooters and the Wildcats have the National Player of the Year to get them the ball in their favorite spots. It is a perimeter-oriented offense that will remind fans of some of John Beilein’s best offensive teams back in 2013 and 2014.

Villanova’s defense isn’t as highly regarded as its record-breaking offense, but it is still very good in its own right.

The Wildcats are ranked 14th nationally in adjusted defensive efficiency, but led the Big East in per-possession defense at 1.06 points per possession allowed. The underlying four factors numbers don’t jump out: Villanova is ranked 57th in eFG% defense, 182nd in forced turnover rate, 106th in defensive rebounding rate and 32nd in defensive free throw rate. This is a good defense, but this is also a team that has been susceptible to shootouts. The Wildcats have allowed 1.1 points per possession or more in 9 games this year and have lost 3 of them.

The Wildcats will sprinkle in zone defense on 6.9% of defensive possessions although their man-to-man defense has been more effective. They will also apply full court pressure on 12.3% possessions, usually a three-quarter court trap look just to make teams burn some extra time off of the shot clock.

We broke down Villanova’s rotation in detail in our matchup breakdown.

If you haven’t signed up as a subscriber yet, you can get your first month for $2 with the promo code VILLANOVA.

Michigan is the heaviest National Championship underdog since Butler agianst Duke in 2010. KenPom projects a 74-68 Villanova victory and gives the Wolverines a 31% chance at the upset.