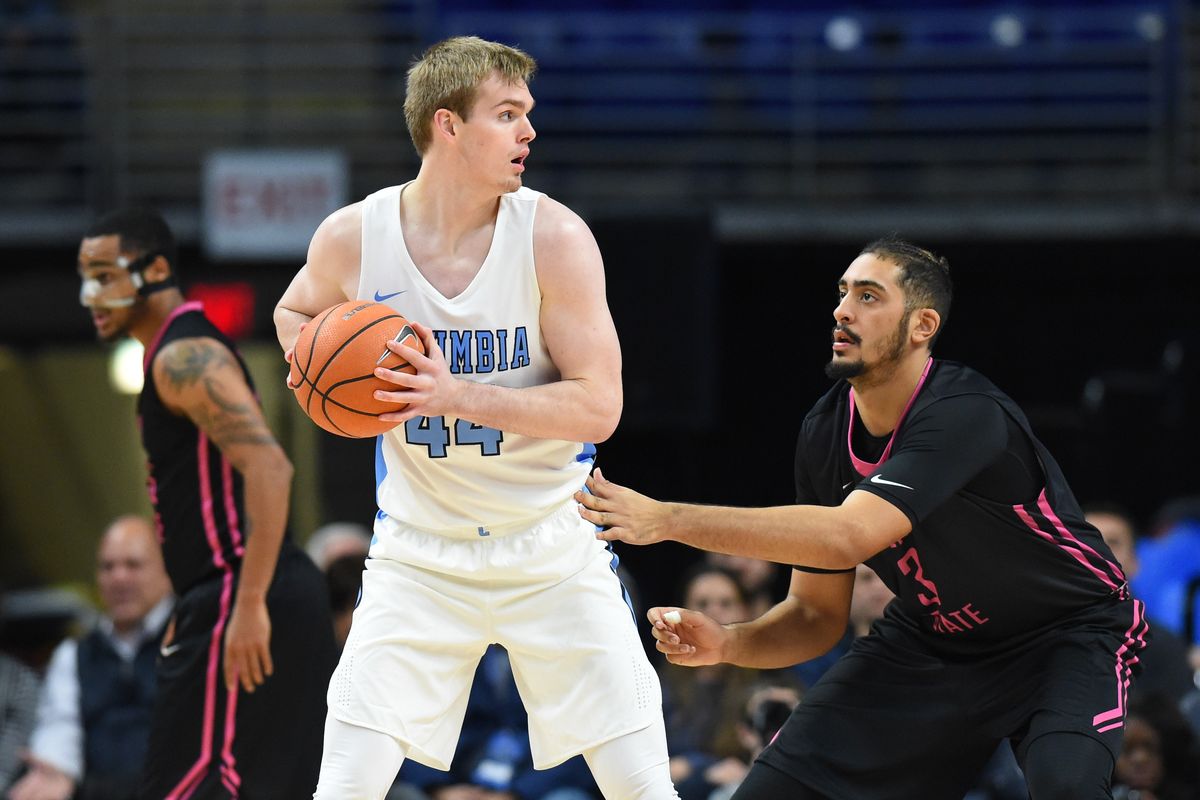 Jaron Faulds knows the drive from Holt to Ann Arbor well. He’s made the roughly hour-long trek before, many times when he was still in high school, a three-star prospect being recruited by both the Wolverines and Spartans.

East Lansing was closer — a mere 15 minutes from home — and Faulds grew up a Michigan State fan though, he clarifies, nothing near a die-hard. But Michigan stood out for Faulds then, just like it does now.

Problem was, an offer never came, from either program. Both coaches talked with Faulds about redshirting, or going to prep school for a year, but he wanted to play right away. Ivy League and MAC schools had been recruiting him hard — Faulds picked Columbia.

“It really appealed to me, being in the Ivy League and being the Ivy League student, the Ivy League athlete and everything,” Faulds told UM Hoops on Sunday. “But yeah, just through the whole process, I was just thinking, ‘What’s a place with great culture, great teammates, coaches, just overall, what’s gonna prepare the best for when I’m done with basketball? When the ball stops bouncing, which school is gonna prepare me the best?’ ”

US News and World Report ranks Columbia in a tie for fifth in national universities. There aren’t many better places to get someone ready for life after basketball.

Faulds knew that. This wasn’t a case of going somewhere with the intention of leaving after a year — he planned to spend the next four years in New York City. His freshman year was solid on the court. Faulds averaged 4.5 points and 3.2 rebounds over 14.2 minutes per game, making the top-10 in the Ivy League for blocks. He felt he held his own.

“I played a decent amount for a freshman at Columbia,” Faulds said. “But I just realized that I wasn’t as happy as I had hoped to be.”

When asked, Faulds didn’t pinpoint a specific reason for wanting to leave Columbia. Part of it though, was being an 11-hour drive from home. He felt out of touch with family and friends, and wanted to reconnect. So when he got his release form, Faulds had a destination in mind.

He contacted the Wolverines that day and spoke with assistant coach Saddi Washington. Faulds said he wanted to be a part of the program and thought he’d fit well. Within a week, John Beilein called and soon enough, a visit was planned.

Faulds made that drive from Holt to Ann Arbor again, this time to meet with the coaching staff. They laid out the situation.

On Friday, the transfer became official.

The path in front of Faulds isn’t easy. He’ll have to sit out the coming season, spending the upcoming season on the scout team. His playing time and any opportunity at a potential scholarship will depend on the roster situation in a given season.

As Faulds’ new teammates are gearing up for summer school, he’s at a cottage with his family on the Upper Peninsula. He’s still navigating a sea of rules from both the NCAA and the University to figure out what he can and can’t do this summer, after missing the deadline to register for summer classes.

Faulds thinks he can lift with the team, but doesn’t believe he’ll be able to participate in on-court activity if the coaches are in the gym.

Giving up a roster spot at Columbia for a preferred walk-on spot at Michigan was a unique choice. Not many would have made it.

“I do not expect anything, or I don’t think that I deserve anything,” Faulds said. “I don’t believe that I’m entitled to anything, but I’m going to work for (a scholarship).

“I don’t think that (sitting this year) will be as hard as people think it will be. Just because that gives me an extra year of school, and so that might actually really help with my workload and I can really — I just have a year, just to really grind on the court and in the classroom.”

Faulds will be making the trip from Holt to Ann Arbor once or twice a week until the fall semester starts. It’s the road less traveled, but a path he’s content to follow.