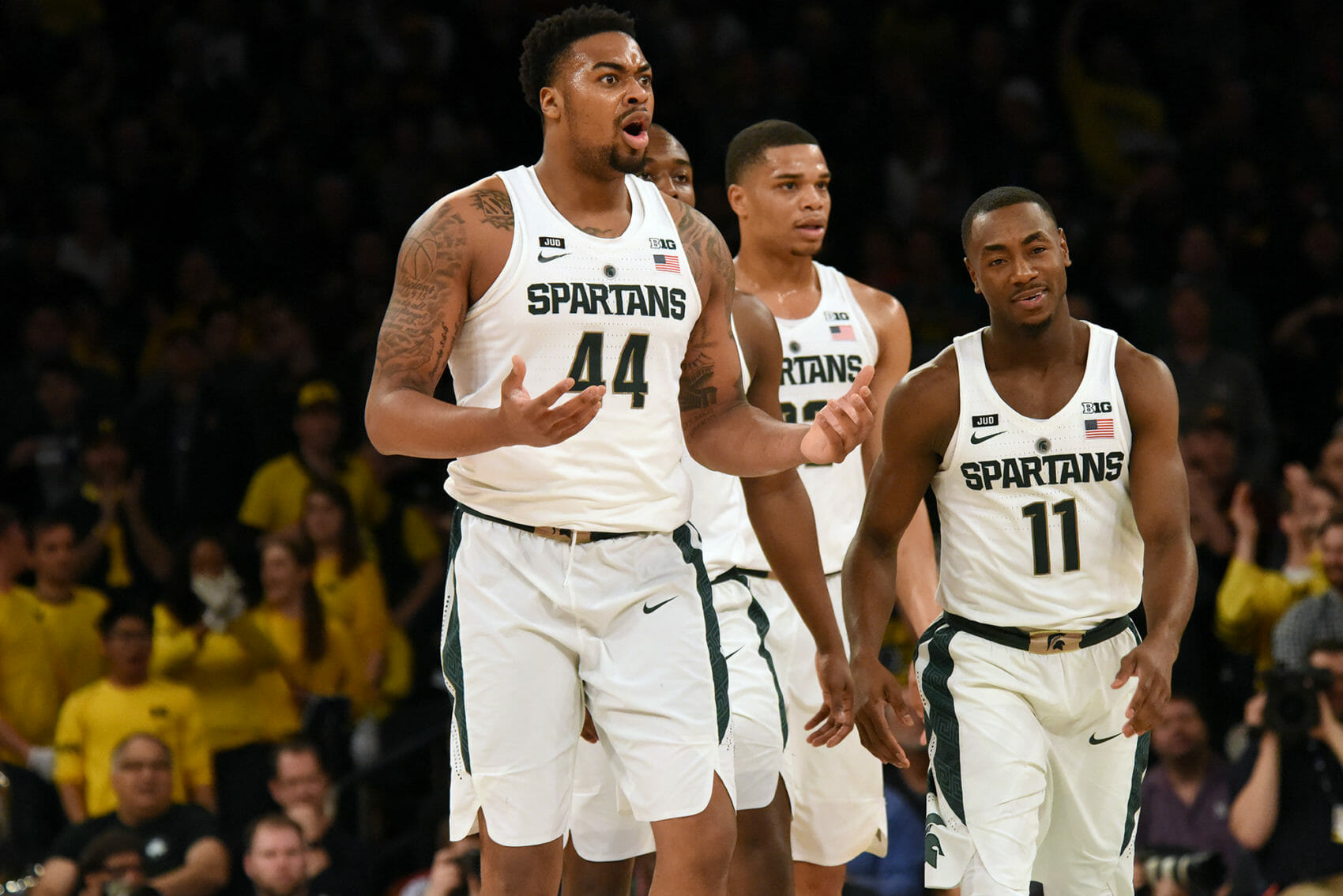 Our selection process involved much deliberation to arrive at a list we hope will provide plenty of reaction and debate. The series will be broken into five parts and our second installment of players 20-16 is available below. Previously: 25-21, 20-16

Reaves has always been regarded as a potential three-and-D prospect, but until last year he only brought the defense. He was always a great defender, but his offense lagged behind during his first two seasons at State College. Reaves improved his shooting — 56% on 2s, 38% on 3s — and cut down on turnovers last year and continued to be one of the league’s best defenders in 2017-18. If Reaves doesn’t miss four games (three losses) in early January we might be talking about the Nittany Lions building off of an NCAA Tournament bid rather than an NIT Championship. Penn State needs to replace Tony carr and Shep Garner in the backcourt which means that Reaves should have plenty of opportunity to demonstrate his offensive improvement as a senior.

Fran McCaffery’s seat appears to be getting warm in Iowa City, but point guard play shouldn’t be an obstacle to turning things around this season for Hawkeyes. Bohannon put together a solid sophomore season in which he was the team’s second leading scorer (13.5 ppg) and leading assist man (5.4 apg). Bohannon had the league’s fifth best assist rate in conference play and was also fifth in 3-point shooting percentage. The Iowa native needs to do a better job of finishing 2s – he shot just 40.6 percent inside the 3-point arc last season – and should also look to get to the foul line more often. Bohannon shot 90.4 percent from the line last season, but took just 83 attempts in 33 games. The good news for Bohannon as he continues his ascent up the list of Big Ten point guards is the Hawkeyes return every notable contributor from last season’s group, including Tyler Cook and Isaiah Moss.

With the graduation of Shep Garner and the decision of classmate Tony Carr to forego his final two seasons of eligibility, Stevens is now the clearcut go-to option in State College. Stevens was highly productive as a sophomore as Penn State won the NIT championship. His 15.5 points per game ranked second on the roster as did his 5.9 rebounds per game. Efficiency, however, hasn’t been a strong suit for Stevens through his first two seasons. He shot just 49.9 percent on 2s last season and just 31.9 percent on 3s. It’s fair to wonder how the loss of Carr will affect Stevens given that he was one of the league’s best point guards and distributors. What isn’t a question, however, is that Pat Chambers is going to rely heavily on Stevens as the Nittany Lions attempt to reach the postseason for the second straight season.

Nearly everything went wrong last season for Minnesota. Eric Curry was lost for the season before ever playing a minute. Reggie Lynch was removed from the team after several sexual assault allegations. And Coffey, one of the league’s most talented players, appeared in just 18 games due to a shoulder injury. If Richard Pitino is going to right the ship in Minneapolis, he needs Coffey healthy for the entire season. The 6-foot-8 wing has been fully cleared for basketball activities. With the graduation of Nate Mason, expect the ball to be in the hands of Coffey often. He’s proven himself as a capable scorer (12.8 ppg in 51 career games) and was second on the team in assists last year at 3.3 per game. While he may be forgotten by many in the preseason due to last season’s injury, a fully healthy Coffey is likely to emerge as one of the league’s best players.

Few players in the country are better on a per 40 minute basis than Nick Ward. Ward was one of just three players (along with Marvin Bagley III and Mike Daum ) to rank in the top 50 in points and rebounds per 40 minutes last year. He’s an efficient scorer with his back to the basket and led the country in offensive rebounding percentage last year, but he hasn’t played more than 50% of available minutes in either of his first two seasons at Michigan State. Ward was a bit of a flat-track bully last year, posting just a 89.4 offensive rating in 10 games against top-50 quality games per Ken Pomeroy, and that speaks to Tom Izzo’s lack of trust in him during key moments. The Spartans won’t have nearly as much depth inside this year which means that this might finally be Ward’s opportunity to earn some additional playing time. If he does, there’s little reason to think that he won’t be effective.