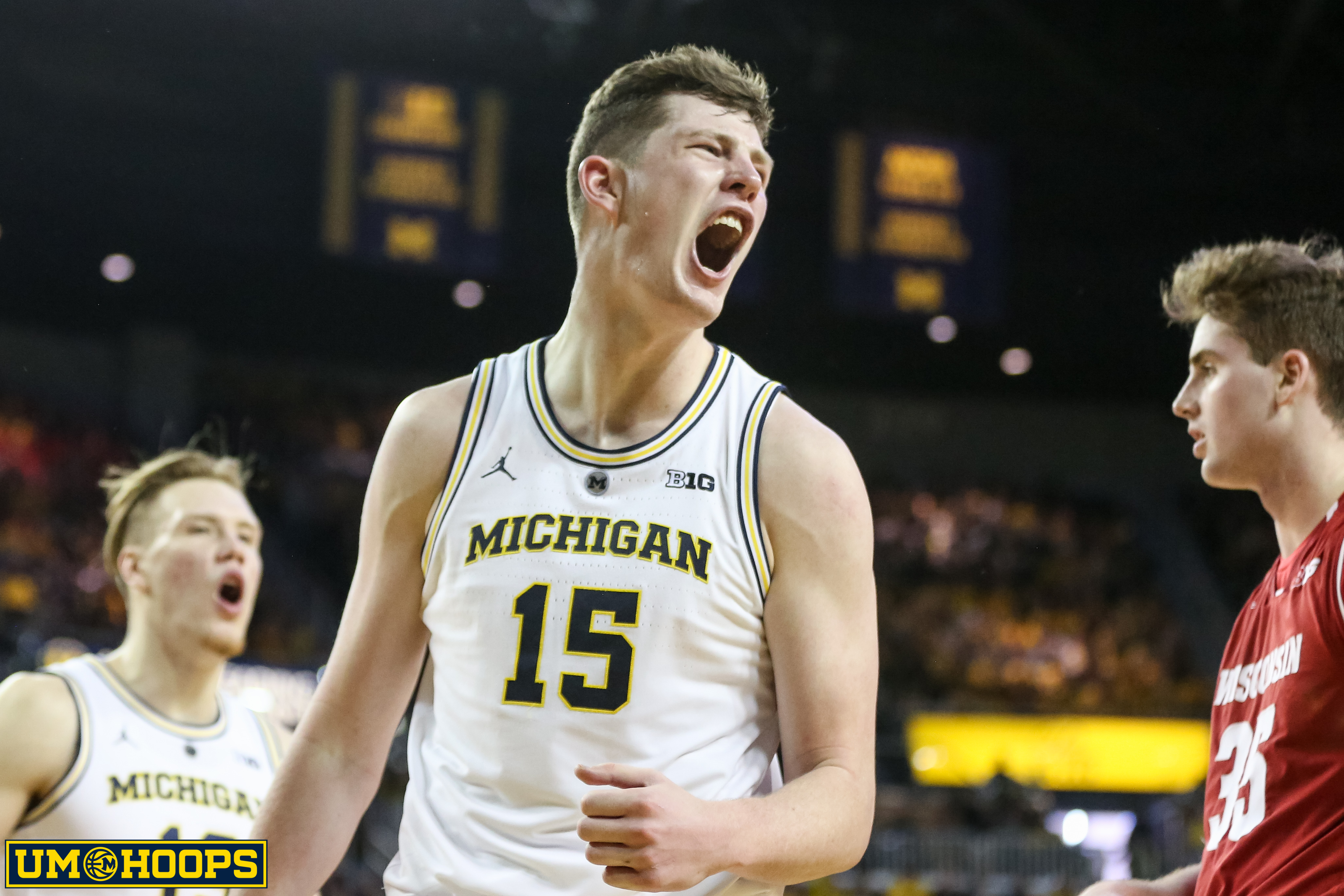 Michigan picked up a revenge win over Wisconsin on Saturday. The Wolverines couldn’t pull away until late but held on to pick up their 11th league win of the 2018-19 season. Here are five takeaways from the victory including a look at Charles Matthews’ 2-point shooting and Jon Teske’s ability as a ball screen roll man.

We are running out of superlatives to use to describe Jon Teske’s transformation.

He played more than 20 minutes in only five games last year. He reached double figures just three times. Now he’s averaging 11.3 points, 7.2 rebounds and 2.2 blocks per game in Big Ten action and has outplayed some of the league’s best centers.

He keyed a win at Illinois with his passing, beat Northwestern with his perimeter shot and dominated Wisconsin with his defense. His defensive performance versus Ethan Happ was well documented, but the way that Michigan has molded his offensive role is brilliant.